Listen
Treasuring the Wit and Wisdom of Molly Ivins 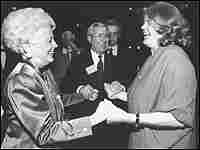 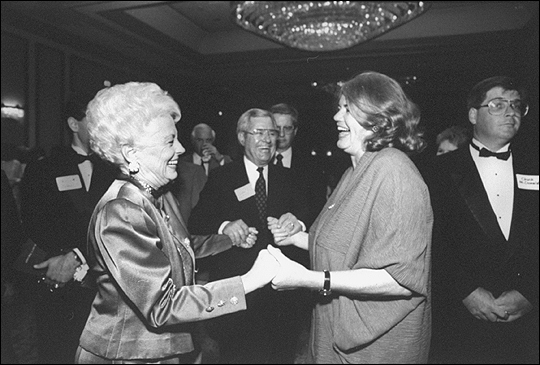 On How to Understand President Bush, from a Feb. 15, 2001 Commentary on 'Morning Edition'

On Media Coverage of the Average American, from an Oct. 30, 2003 interview on 'Morning Edition'

On Bush Foreign Policy, from an Oct. 15, 2002 Commentary on 'Morning Edition'

NPR's Wade Goodwyn has this remembrance.

WADE GOODWYN: From the time she was 15 years old, Molly Ivins wanted to be a newspaper reporter. She started out taking complaints at the Houston Chronicle, and in short order worked her way up to become a celebrated beat reporter for the Minneapolis Star Tribune. But it was the 1960s, an era of profound political ferment, and by '69 Ivins had had enough of conventional newspaper editors.

MOLLY IVINS: I had sort of given up on conventional journalism. I found it far too restrictive. I couldn't find any way to tell the truth in a regular newspaper.

GOODWYN: In an interview last October, Molly Ivins described how the civil rights and anti-war movements informed her decision to return to Texas.

GOODWYN: Ivins became editor of the independent political journal The Texas Observer in 1970 and covered the Texas legislature. She was astounded at the raw open corruption she found there, and with her sense of humor and her ability to tell stories she made herself famous and the Texas legislature infamous.

Molly Ivins Dies at 62 After Bout with Breast Cancer

Molly Ivins Dies at 62 After Bout with Breast Cancer 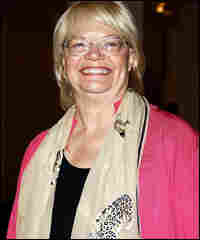 Syndicated columnist and best-selling author Molly Ivins has died of breast cancer at the age of 62. As editor of the Texas Observer during the 1970s, Ivins became famous for her biting wit as she chronicled the political antics of the Texas legislature.

A liberal who often skewered the political establishment, Ivins wrote a book about President Bush titled Shrub: The Short but Happy Political Life of George W. Bush. It became a best seller.

Ivins became famous writing about Texas, but she got her early seasoning in Minnesota as a police reporter for the Minneapolis Star Tribune.

She then made her name in Texas as an editor for the Observer, an independent political journal. "I never saw anything funnier than Texas politics," Ivins once said of her time covering the good-ol'-boy networks of state politics.

After Ivins became a syndicated columnist, her work appeared in 300 newspapers. But her writing about President Bush brought her an even larger audience as a best selling author.