Accessibility links
Astronaut Faces Attempted-Murder Charges In what NASA is calling a bizarre and sad story, an astronaut is accused of attempted kidnapping and murder. Police say that Lisa Nowak planned to kidnap and kill someone she considered to be a romantic rival for the affection of another astronaut. Nowak, 43, is a married mother of three. 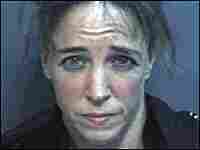 In what NASA is calling a bizarre and sad story, an astronaut is being accused of attempted kidnapping and murder.

Police say that Lisa Nowak planned to kidnap and kill someone she considered a romantic rival for the affection of another astronaut.

Nowak, 43, is a married mother of three. She has been an astronaut for more than a decade. Her first space flight took place last summer, when she blasted off into space on the Fourth of July.

After the charge of attempted murder was added to the accusations against Nowak, the judge in the case raised her bail to $25,000.

The case is unprecedented in the history of the space agency's elite astronaut corps. 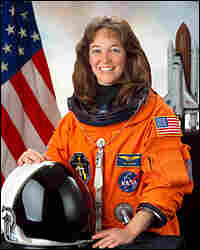 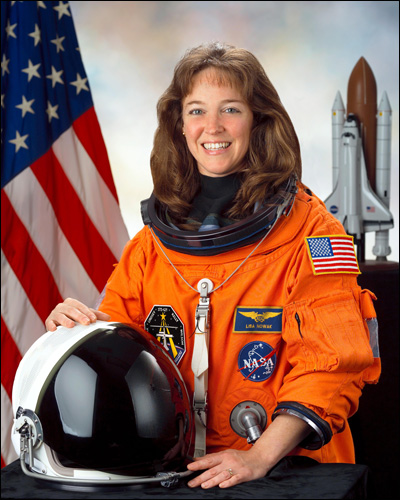 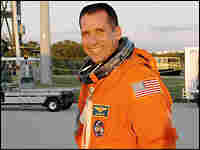 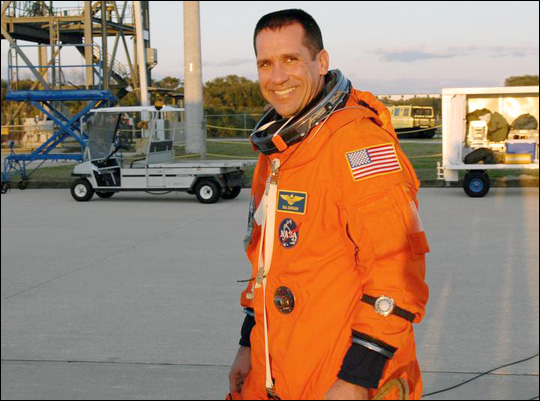 Lisa Marie Nowak, a mission specialist in NASA's space shuttle program, was arrested early Tuesday morning at Orlando International Airport for a kidnapping plot in what police are calling a love triangle among astronauts.

Nowak, 43, wore a wig and a trench coat as she stopped U.S. Air Force Capt. Colleen Shipman, 30, in the airport parking lot. She asked Shipman for a ride, or to use a cell phone, and when the woman opened her car window a crack, police say Nowak directed pepper spray at Shipman's face.

Nowak told police she was going to use the BB gun they found in her car "to entice Ms. Shipman to talk to her" about her relationship with Navy Commander Bill Oefelein, 41, according to a story in the Orlando Sentinel. Police added a charge of attempted murder later on Tuesday.

Nowak wore diapers on the almost 1,000-mile drive from Houston to Orlando so she wouldn't have to stop, the Sentinel reported.

Both Nowak and Oefelein are among the 107 astronauts who work at Johnson Space Center in Houston, spokesman James Hartsfield told NPR. Shipman is not an astronaut and is not a NASA employee.

"As with all civil service agencies, we do not monitor private lives," Hartsfield said. "Many of the astronauts, though, are active members of the military. The military does have additional rules on conduct."

Lt. Tommy Boyce, a spokesman for the Navy, said unless Nowak's status with NASA changes, she's still an active-duty Navy captain. Any discharge or punishment under the Uniform Code of Military Justice will wait until after the disposition of her criminal case.

Any consequences for Oefelein — if evidence were to come out that Nowak and Oefelein had a sexual relationship — will also be addressed after an acquittal or conviction for Nowak.

Oefelein and Nowak have not flown on a crew together. Nowak launched into space for the first and only time in July. Hartsfield said she operated the robotic arm for the shuttle, and did a good job. Since the Shuttle re-launched, the robotic arm is central to safety precautions, and is used to examine the heat shields for slight imperfections.

In December, Oefelein was the pilot on the shuttle, which is equivalent to the co-pilot position in commercial aviation, Hartsfield said.

Nowak is married with twin daughters and a teenage son; Oefelein is single, with two children. Nowak, a Navy captain, told police she did not have a romantic relationship with Ofelein, but said they had "more than a working relationship," according to court papers.

Nowak's husband, Rich Nowak, is a space communications contractor, according to The Washington Post and was a classmate of Nowak's at the Naval Academy and at Navy flight school in Pensacola, Fla.

Hartsfield said of Nowak, "Right now there is no change in her status (at NASA).

"It is a very sad situation for all of the people involved," Hartsfield said. "Certainly the mood here at NASA is (that) we're stunned by the turn of events. We're perplexed and don't understand it more than anybody else."