Accessibility links
Indie Bands Weigh Commercial Deals A commercial deal with Sears was a big break for The Spinto Band, allowing them to take their indie sound to Europe. But what do their fans say? 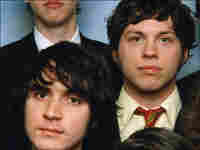 Thomas Hughes (left) and Nicholas Krill of Spinto Band in a Sears-style portrait, after they sold their song, 'Oh Mandy' to a Sears commercial. hide caption 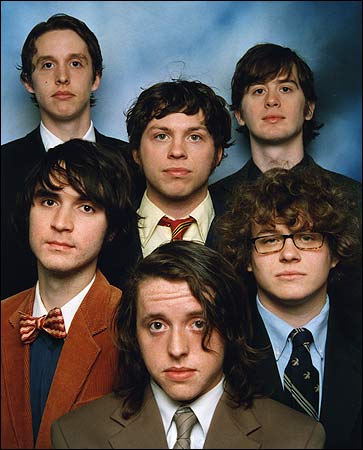 Indie rock fans expect their favorite bands to suffer for the art. That means accepting large sums of money for commercial deals is out. Or is it?

After a hefty offer from Sears to use their song "Oh Mandy" in a television ad, Delaware-based Spinto Band decided the offer was too lucrative to pass up. They used the money to fund a European tour.

More indie bands are viewing TV commercials as a harmless way to make money, but fans argue that the music becomes controlled by advertising directors rather than driven by the artist.