Accessibility links
There Is No Blame; There Is Only Love When Ann Karasinski discovered her daughter was a heroin addict, she struggled to understand how it happened. Instead of answers, Karasinski found a belief that helps her continue to love her daughter.

Listen
There Is No Blame; There Is Only Love 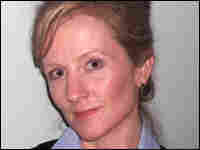 Ann Karasinski is a retired school psychologist, but she says her most important work has been mothering. She and her family live in Belmont, Mich. Karasinski's daughter, Katie, has been in recovery for two years and has a 16-month-old son of her own. Courtesy of Ann Karasinski hide caption

You don't expect your child to grow up to be a heroin addict. From the moment of her birth, you have hopes and dreams about the future, but they never include heroin addiction. That couldn't happen to your child, because addiction is the result of a bad environment, bad parenting. There is most definitely someone or something to blame.

That's what I used to believe. But after failed rehab and long periods of separation from my heroin-addicted daughter, after years of holding my breath, waiting for another relapse, I now believe there is no blame.

After Katie admitted her addiction, I struggled to understand how this could have happened to my daughter — a bright, beautiful, talented and most importantly, loved young woman. When the initial shock wore off, I analyzed and inventoried all the whys and hows of Katie's addiction. I searched for someone or something to blame. I blamed her friends. I blamed her dad. I blamed our divorce. But mostly, I blamed myself. My desperate heart convinced me that I should have prevented Katie's addiction, and that given another chance, I could correct my mistakes.

When Katie came home from rehab, I approached each day with the zeal of a drill sergeant. I championed the 12-step program and monitored her improvement daily as though curing heroin addiction was as simple as nursing a cold. I drove her to therapy sessions and AA meetings. I controlled everything and left nothing to chance. But in spite of my efforts, Katie didn't get better. She left my home, lost again to the powerful grip of addiction.

In the long days, weeks and months that followed, I gathered bits and pieces of old beliefs and tried to assemble them into something whole. Sometimes I gave up, and sometimes I simply let go. Gradually, my search for blame changed to a longing for hope. I comforted myself with the only thing that still connected me to my daughter: love.

I thought about Katie every day, and I missed her. I cried, and worried about her safety and whereabouts. I wrote letters I knew she'd never see. Sometimes I woke up panicked in the middle of the night, certain that my mother's intuition was preparing me for something bad. But through it all, I loved her.

I don't know why or how my daughter became addicted to heroin; I do know that it doesn't really matter. Life goes on, and Katie is still my daughter.

Katie and I meet for breakfast on Friday mornings now. We drink coffee and talk. I don't try to heal her. I just love her. Sometimes there is pain and sorrow, but there is no blame. I believe there is only love.