Accessibility links
The (Mostly) Blissful History of 'Kissing' Author Andrea Demirjian talks about the evolution of the kiss and her book Kissing: Everything You Ever Wanted to Know About One of Life's Sweetest Pleasures.

Author Andrea Demirjian talks about the evolution of the kiss and her book Kissing: Everything You Ever Wanted to Know About One of Life's Sweetest Pleasures. 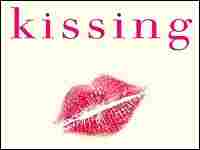 When I say the word kiss, what comes into your mind? A small chocolate, a heavy metal band, the first time your lips met another's? Sometimes a kiss is just a kiss, and sometimes its meaning carries more weight than a sumo wrestler. Andrea Demirjian is the author of "Kissing: Everything You Ever Wanted to Know About One of Life's Sweetest Pleasures," and she joins us from our New York studios. Welcome to the program, Andrea.

Ms. ANDREA DEMIRJIAN (Author, "Kissing: Everything You Ever Wanted to Know About One of Life's Sweetest Pleasures"): Thank you for having me. Good morning to everyone.

HANSEN: Talk a little bit about when humans began to kiss one another.

Ms. DEMIRJIAN: Well, there seem to be two school of thoughts amongst the anthropologists. There is the side that believes it is an instinctual, intuitive mechanism, and they trace it to things such as an evolution from suckling on the breast to mothers passing regurgitated food into a baby's mouth, which doesn't sound very appetizing, but if you think back then, there weren't food processors, and there wasn't Gerber, so they had to make do.

And then there's another theory that says cavemen literally went around smelling and tasting the saliva of a young cavewoman to see if she was healthy and thereby able to be a good partner to procreate. That's a school of intuitive thought, that it's an instinctual thing. But some anthropologists also argue that it was learned because there were cultures in the South Pacific and in Asia that didn't really begin kissing until the European explorers came along and passed on that lovely technique.

HANSEN: How much of the world actually kisses as a term of endearment?

Ms. DEMIRJIAN: Well, in the way that we think of kissing, about 90 percent of the world's population kisses, but there are cultures even still today that are not big on kissing. Some cultures, it's because they just absolutely think that the saliva is dirty and full of bacteria, which it is.

There are about 298 colonies of bacteria in the mouth, which could give anyone the heebie-jeebies if they stopped to think about it, but in the Himalayas they don't kiss on the mouth or exchange saliva at all for that reason. And then there's still a few cultures, let's say in Africa and the Sudan, where they still have that superstition or more that the mouth is the portal to the soul, and they don't want to invite in death or have someone take their spirit through the mouth through a kiss.

But the protocol of kissing on the cheek is still very big in Europe. That, interestingly enough, started probably in the 15th and 16th century, because for many, many centuries, people just on a social level were kissing on the mouth, and that suggested a degree of, I guess, ambiguity. Some people didn't know, well, if he kisses me on the mouth, is he interested in me, or is just saying hello?

And what happened with the arrival of the pestilence and the Black Death is that they started kissing on the cheek to avoid germs and avoid illness.

HANSEN: Andrea Demirjian is the author of "Kissing: Everything You've Ever Wanted to Know About One of Life's Sweetest Pleasures," and she joined us from our New York studios. I want to go - (makes kissing sound) - thanks a lot.

Ms. DEMIRJIAN: You're welcome. Thank you. 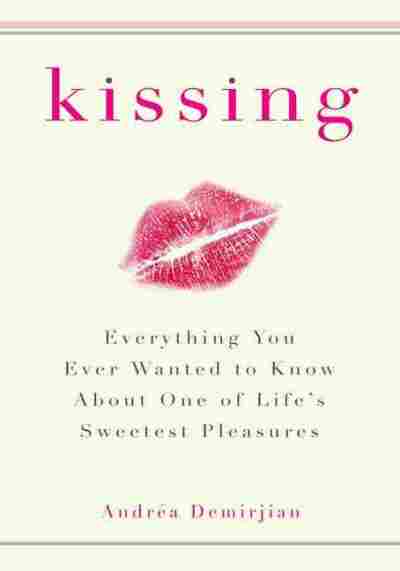