Accessibility links
'Terabithia' Inspired by True Events The children's classic, The Bridge to Terabithia, is now a Disney film. Author Katherine Paterson and her son, screenwriter David Paterson, discuss the real-life events that the popular book is based on. 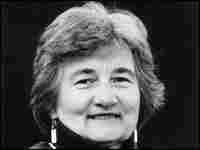 Katherine Paterson is the author of the children's classics Jacob Have I Loved and The Bridge to Terabithia, released this year as a Disney film. Samantha Loomis Paterson hide caption

Scroll down to read an excerpt.

Award-winning children's author Katherine Paterson was inspired to write The Bridge to Terabithia after her son's childhood friend was struck and killed by lightning. The book has since become a classic and was just released as a Disney film.

The novel tells the story of Jess Aarons, a fifth-grade boy who befriends the new girl in his rural Virginia town. They create a make-believe world of their own and forge a fast friendship before a tragic end.

Paterson's son, David, gave her permission to publish the book more than 30 years ago. He was 8 years old. Now a screenwriter, he adapted his mother's famed novel for the big screen, a project he says has taken the better part of 17 years to get right.

Writing the book brought Paterson emotional understanding about terrible events, but over the years, critics have wondered whether its themes are too heavy for children.

Paterson says that the books we read in childhood are a rehearsal for experiences later in life.

"It's been absolutely miraculous to me over the years that people have not only read the book but they have loved it," she says. "People bring their own lives to the book, their own images ... that creates it."

Her hope is that the book allows children to use their imaginations not only to escape reality, but to solve their problems and make sense of the world. 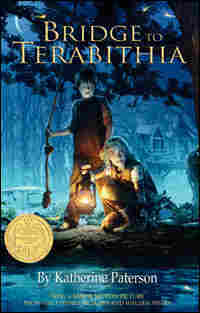 ere you going, Jess?" May Belle lifted herself up sleepily from the double bed where she and Joyce Ann slept.

"Sh." He warned. The walls were thin. Momma would be mad as flies in a fruit jar if they woke her up this time of day.

He patted May Belle's hair and yanked the twisted sheet up to her small chin. "Just over the cow field," he whispered. May Belle smiled and snuggled down under the- sheet.

Of course he was going to run. He had gotten up early every day all summer to run. He figured if he worked at itand Lord, had he worked-he could be- the fastest runner in the fifth grade when school opened up. He had to be the fastest-not one of the fastest or next to the fastest, but the fastest. The very best.

He tiptoed out of the house. The place was so rattly that it screeched whenever you put your foot down, but Jess had found that if you tiptoed, it gave only a low moan, and he could usually get outdoors without waking Momma or Ellie or Brenda or Joyce Ann. May Belle was another matter. She was going on seven, and she worshiped him, which was OK sometimes. When you were the only boy smashed between four sisters, and the older two had despised you ever since you stopped letting them dress you up and wheel you around in their rusty old doll carriage, and the littlest one cried if you looked at ther cross-eyed, it was nice to have somebody who worshiped you. Even if it got unhandy sometimes.

He began to trot across the yard. His breath, was coming out in little puffs--cold for August. But it was early yet. By noontime when his mom would have him out working, it would be hot enough.

Miss Bessie stared at him sleepily as he climbed across the scrap heap, over the fence, and into the cow field. "Moo--oo," she said, looking for all the world like another May Belle with her big, brown droopy eyes.

Miss Bessie strolled over to a greenish patch-most of the field was brown and dry-and yanked up a mouthful.

He always started at the northwest comer of the field, crouched over like the runners he had seen on Wide World of Sports.

"Bang," he said, and took off flying around the cow field. Miss Bessie strolled toward the center, still following him with her droopy eyes, chewing slowly. She didn't look very smart, even for a cow, but she was plenty bright enough to get out of Jess's way.

His straw-colored hair flapped hard against his forehead, and his arms and legs flew out every which way. He had never learned to run properly, but he was long-legged for a ten-year-old, and no one had more grit than he.

Lark Creek Elementary was short on everything, especially athletic equipment, so all the balls went to the upper grades at recess time after lunch. Even if a fifth grader started out the period with a ball, it was sure to be in the hands of a sixth or seventh grader before the hour was half over. The older boys always took the dry center of the upper field for their ball games, while the girls claimed the small top section for hopscotch and jump rope and hanging around talking. So the lower-grade boys had started this running thing. They would all line up on the far side of the lower field, where it was either muddy or deep crusty ruts. Earle Watson who was no good at running, but had, a big mouth, would yell "Bang!" and they'd race to a line they'd- toed across at the other end.

One time last year Jesse had won. Not just I the first heat but the whole shebang. Only once. But it had put into his mouth a taste for winning. Ever since he'd been in first grade he'd been that "crazy little kid that draws all the time." But one day--April the twenty-second, a drizzly Monday, it had been-he ran ahead of them all, the red mud slooching up through the holes in the bottom of his sneakers.

For the rest of that day, and until after lunch on the next, he had been "the fastest kid in- the third, fourth, and fifth grades," and he only a fourth grader. On Tuesday, Wayne Pettis had won again as usual. But this year Wayne Pettis would be in the sixth grade. He'd play football until Christmas and baseball until June with the rest of the big guys. Anybody had a chance to be the fastest runner and by, Miss Bessie, this year it was going to be Jesse Oliver Aarons, Jr.

Jess pumped his arms harder and bent his head for the distant fence. He could hear the third-grade boys screaming him on. They would follow him around like a country-music star. And May Belle would pop her buttons. Her brother was the fastest, the best. That ought to give the rest of the first grade de something to chew their cuds on.

Even his dad would be proud. Jess rounded the corner. He couldn't keep going quite so fast, but he continued running for a while--it would, build him up.

Bridge to Terabithia copyright © 1977 by Katherine Patterson. Used by permission of HarperCollins Publishers. All rights reserved.

Katherine Paterson on the Web 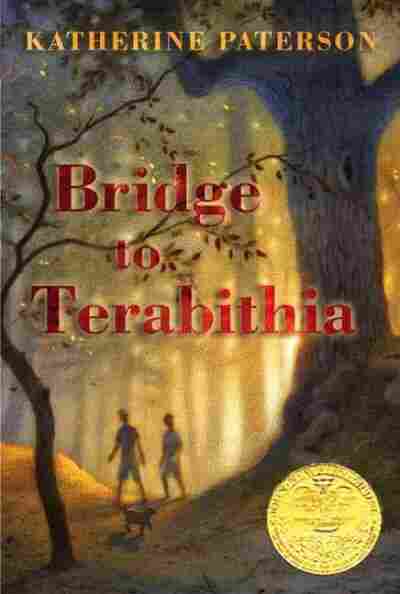