Accessibility links
Portraits Capture U.S. Troops, Off-Duty Photographer Suzanne Opton's portraits of U.S. troops, many posed with their heads down, offer a unique look at the faces of our military. Her images are being exhibited at the Peter Hay Halpert Fine Art gallery in New York through March 24. 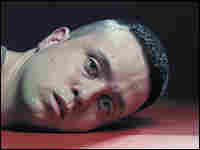 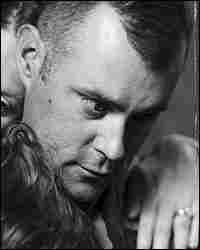 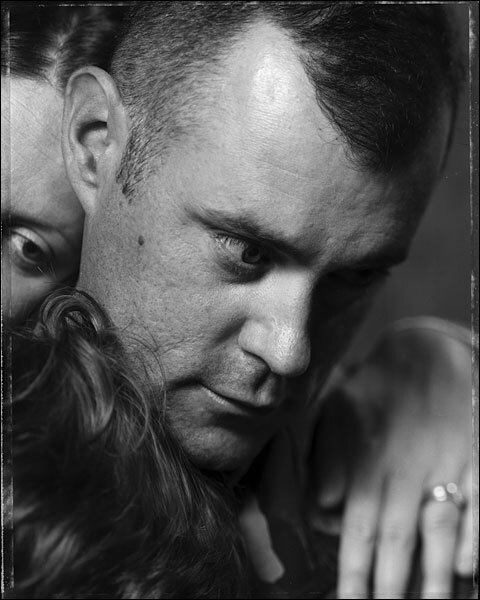 Soldier Wright, with his wife and daughter.

Suzanne Opton's photographs of U.S. troops turn the traditional image of a soldier on its head, literally.

Opton's subjects appear from the neck up, heads resting against a simple, textured backdrop. Some pose with their eyes closed; some stare straight ahead.

In some of the portraits, nothing would indicate that they have served in the military, leaving the context to be read from their faces.

Opton took the photos at Fort Drum shortly after each soldier's return from Iraq or Afghanistan. She also used other formats for the series: head-and-shoulder portraits in black and white, and shots of soldiers with their heads cradled in the hands of loved ones.

Opton's photos of U.S. troops will be on view at the Peter Hay Halpert Fine Art gallery in New York through March 24. For her next project, a companion piece to this one, she plans to travel to Jordan to photograph Iraqis who have fled the war.