Accessibility links
Students' View of Intelligence Can Help Grades A new study in the journal Child Development shows that if you teach students that their intelligence isn't fixed — that it can grow and increase — they do better in school. 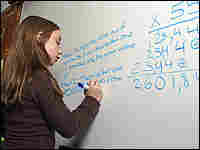 A new study in the scientific journal Child Development shows that if you teach students that their intelligence can grow and increase, they do better in school.

All children develop a belief about their own intelligence, according to research psychologist Carol Dweck from Stanford University.

"Some students start thinking of their intelligence as something fixed, as carved in stone," Dweck says. "They worry about, 'Do I have enough? Don't I have enough?'"

Dweck calls this a "fixed mindset" of intelligence.

"Other children think intelligence is something you can develop your whole life," she says. "You can learn. You can stretch. You can keep mastering new things."

She calls this a "growth mindset" of intelligence.

"We saw among those with the growth mindset steadily increasing math grades over the two years," she says. But that wasn't the case for those with the so-called "fixed mindset." They showed a decrease in their math grades.

This led Dweck and her colleague, Lisa Blackwell, from Columbia University to ask another question.

"If we gave students a growth mindset, if we taught them how to think about their intelligence, would that benefit their grades?" Dweck wondered.

So, about 100 seventh graders, all doing poorly in math, were randomly assigned to workshops on good study skills. One workshop gave lessons on how to study well. The other taught about the expanding nature of intelligence and the brain.

The students in the latter group "learned that the brain actually forms new connections every time you learn something new, and that over time, this makes you smarter."

Basically, the students were given a mini-neuroscience course on how the brain works. By the end of the semester, the group of kids who had been taught that the brain can grow smarter, had significantly better math grades than the other group.

"When they studied, they thought about those neurons forming new connections," Dweck says. "When they worked hard in school, they actually visualized how their brain was growing."

Dweck says this new mindset changed the kids' attitude toward learning and their willingness to put forth effort. Duke University psychologist, Steven Asher, agrees. Teaching children that they're in charge of their own intellectual growth motivates a child to work hard, he says.

"If you think about a child who's coping with an especially challenging task, I don't think there's anything better in the world than that child hearing from a parent or from a teacher the words, 'You'll get there.' And that, I think, is the spirit of what this is about." 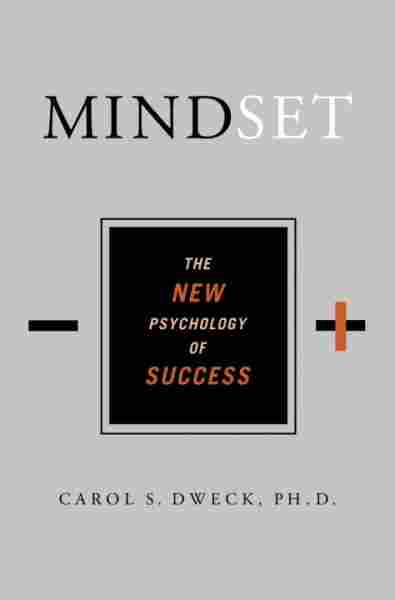 The New Psychology of Success