Accessibility links
Author 'Remaps' Notions About Autism Anthropologist Roy Richard Grinker drew on his experience as a father of an autistic child to write Unstrange Minds: Remapping the World of Autism. In the book, he explored what is known about autism in different cultures.

Anthropologist Roy Richard Grinker drew on his experience as a father of an autistic child to write Unstrange Minds: Remapping the World of Autism. In the book, he explored what is known about autism in different cultures.

CHADWICK: This is DAY TO DAY, I'm Alex Chadwick.

BRAND: And I'm Madeleine Brand. There's been a lot in the news lately on autism. A new study in the journal Nature Genetics is defining the genetic fingerprint of the brain disorder. And that follows a report from federal officials that autism is more prevalent than previously thought. One of every 150 American children has autism.

CHADWICK: Roy Richard Grinker is an anthropology professor who's written a new book on autism, it's called "Unstrange Minds." He says the new statistics confirm what he has discovered. That there was a lot of autism in the past, we just didn't know how to define it.

BRAND: Roy Richard Grinker has a personal interest in the issue. His teenage daughter is autistic. He says when she was first diagnosed in the early 90s autism was not well understood.

Mr. ROY RICHARD GRINKER (Anthropology professor, author of "Unstrange Minds"): It was still considered relatively rare compared to other childhood disorders and even other developmental disorders. The range of what was called autism was much, much more narrow than it is today.

BRAND: You point out in your book it was the entire mental health profession that, until recently, didn't categorize autism as a separate mental illness. When was it accepted in the psychiatric community as a distinct illness?

Mr. GRINKER: In 1980. If you look before that time at the manuals for the American Psychiatric Association - in 1952, 1968 - autism was really an adjective that was included in the criteria for Schizophrenia. And one of the fascinating things that I found was, looking through old pediatrician's charts, I found referral notes that said things like must refer this child to neurologist, something weird about him, can't figure it out. And some of them even had an abbreviation in the right hand corner which was FLK, which simply meant Funny-Looking Kid. And doctors seemed to understand what this meant. It was, there's something here, we can't figure it out, we don't know how to classify this child. But starting in 1980, and certainly up to the present, the definitions of what was and was not autism became much more precise, much more rigorous.

BRAND: And autism now, is actually a collection of mental illnesses, right? It's a spectrum of different disorders and can really encompass quite a bit.

Mr. GRINKER: It is. It's a range of, of disorders from the severely, mentally retarded, to people who could be physics or math professors at a university, but socially awkward. So because this range has widened so much; when we compare the prevalence rates of today, say one in one hundred and fifty to the prevalence rates of 1960 or 1970, three or four in ten thousand; we're really comparing apples and oranges. You really can't compare these two.

BRAND: Well, you do your best in the book to debunk this idea that autism now is an epidemic. I think that word is being thrown around a lot when it comes to autism. And even in the newspaper articles describing the latest statistics from the CDC, saying one in 150 children have it - that word, epidemic, was used. What's wrong with calling it an epidemic?

Mr. GRINKER: Well epidemic suggests that there's a true increase in cases. In my travels that I write about in the book autism is increasing in prevalence all over the world. But not because it never existed there, but because people are now learning about it, diagnosing it - and this is really important -they're counting it right.

If you look back at the studies that the epidemiologists did, and the epidemiologists of course are the scientists who measure the distribution of an illness in a society; you find that the research that they used to do was based on administrative statistics. So if people weren't classified as autistic because it wasn't a popular diagnosis, it didn't seem like there was much autism. So as we're getting more and better epidemiological studies, we're counting it more accurately.

BRAND: A lot of people in this country - a lot of well educated people who have done their research, who have children with autism - believe that there has to be some environmental cause for autism. That perhaps it's vaccines. Perhaps it's something in the, in the air we breath. Why do you think these ideas persist?

Mr. GRINKER: I wish I knew the answer to that question, because there really is virtually no scientific evidence that vaccines or anything ever contained in vaccines is related to autism, or the rise in prevalence rates of autism. But I think there is a deep desire to find blame, to find something that caused this often devastating diagnosis. And as a parent I know this too because when our daughter was diagnosed with autism my wife questioned whether she had taken care of herself well while she was pregnant; could that have had some influence. But the reality is, and scientists tell me this over and over again, autism is a complex disorder, and like all complex disorders there's no single cause that can be found.

BRAND: Well when people are discussing this issue of prevalence a lot of people say well yes, there probably is a genetic predisposition but could environmental factors trigger it?

Mr. GRINKER: By definition heredity always exists within an environment. But environment can play a big role sometimes and a small role at other times. Scientists have looked at the concordance of autism in identical twins. That is to say if you have one identical twin how often does the other identical twin also have an autism spectrum disorder. And they found that in identical twins the concordance is eighty to ninety percent. Now that's higher than bipolar disorder, schizophrenia, attention deficit disorder, breast cancer, heart disease, any of these other complex disorders. So it's extraordinarily genetic. Then, when you look at fraternal twins who don't share the same DNA, their concordance is between zero and ten percent. In other words, environment probably plays some role but it plays a very small role.

BRAND: And how is it treated in different cultures? You have traveled around the world doing research. Is it treated as a serious disease in, in other cultures?

Mr. GRINKER: Yes it is. And in most places in the world people are getting more and more treatment, and the treatments are better and better. Behavioral interventions are becoming more common and more parent centered. So parents are learning how to use systems of reinforcement to help their kids. There are more medications available, especially for seizures. And, one of the things I was seeing in India and South Africa, in Korea as well, was earlier detection. The earlier it's diagnosed the more effort's put into it and the more of these kids have a good prognosis.

BRAND: So when you hear numbers like one in 150 American children have some form of autism, that doesn't fill you with alarm, that doesn't make you think oh my gosh we have a crisis in this country?

Mr. GRINKER: No it doesn't. Because it's not a surprising figure. I find those figures to be comforting. I find them to be figures that tell us you know we're finally getting it right. We're finally counting it right. Schizophrenia is a more common disorder. It exists in one percent of the population. Mental retardation exists in one percent of the population. Autism is a little less common that that. And so, I look at it and I say, you know, we have created a society now where there's less stigma, more services, and I'm very optimistic. We can either panic or we can say you know maybe we're finally getting it right.

BRAND: Roy Richard Grinker is the author of the new book "Unstrange Minds, Remapping the World of Autism." Thank you so much for joining us.

Mr. GRINKER: Thank you very much. 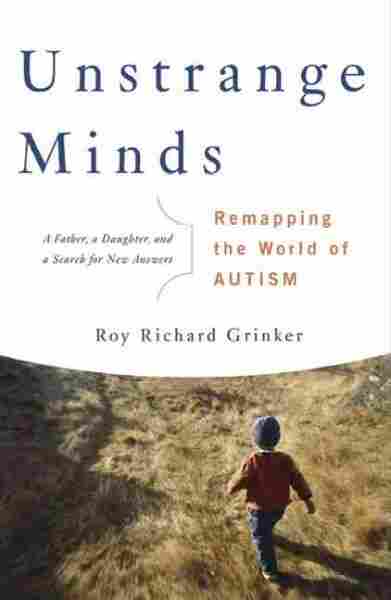 Remapping the World of Autism