Accessibility links
A Lively Dispatch from 'The Latin Motown' Like many at the Fania label, salsa bandleader Ray Barretto recorded quickly and often: Barretto Power is one of four albums he released in 1972. Some, inevitably, are duds, but this one is incandescent, exemplifying the label's genre-crossing creativity.

A Lively Dispatch from 'The Latin Motown'

A Lively Dispatch from 'The Latin Motown' 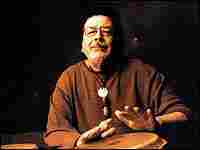 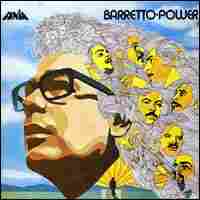 The Fania catalog contains scores of records like Barretto Power — strong and vital documents that never quite attained "legend" status. Where does Barretto fit into the label's legacy, and who are some of his most notable peers?

Those overseeing the restoration of Fania Records, the label often described as "The Latin Motown," have done a tremendous job of reissuing hits like Siembra, the 1978 Willie Colon-Ruben Blades collaboration that's a landmark of salsa as social commentary, or 1968's Acid, the hugely influential boogaloo blast from conguero and bandleader Ray Barretto.

These titles were among the no-brainers. Just below that level, known primarily to collectors and hardcore fans, are hundreds of less-visible, often-forgotten creations. Over the last year, Fania has given these the same careful treatment, offering remastered audio and (for the first time) liner notes. As a result, it's finally possible to follow the evolution of such key figures as Barretto, who recorded scores of albums with his band and appeared on hundreds more backing others. Like many at Fania, Barretto recorded quickly and often: Barretto Power is one of four albums he released in 1972. Some, inevitably, are duds, while some, like the incandescent Barretto Power, exemplify the label's genre-crossing creativity.

To hear that in action, check out "Oye La Noticia" (audio), which starts as slightly agitated dance-floor salsa, but changes abruptly at the three-minute mark. That's when Barretto breaks into a conga roll that's the musical equivalent of throat-clearing, at which point he leans on the drums to deliver the news, in cracking and smacking bursts that send the percussion section into overdrive.

Known for his strong-armed conga slaps and lighthearted vocal asides — that's him interjecting Laugh-In-style come-ons throughout the groovy "Right On" (audio) — Barretto helped bring hipness to Fania, expanding tropical salsa with elements of funk, jazz and boogaloo. Where Acid presents him fully in the boogaloo vein, Barretto Power sounds more subtle and varied. Its mix of coy grooves and swaying dance-floor gems like "Quitate La Mascara" (audio), which features vocals from the leather-lunged Adalberto Santiago, show that no matter how adventurous he got, Barretto never lost the ability to satisfy and enchant his core constituency: dancers.