Accessibility links
Cherokee Tribe Faces Decision on Freedmen A federal court hearing Wednesday pits Native Americans against the descendants of African slaves once kept by tribal members. The Cherokee Nation has moved to expel the people known as Cherokee Freedmen, who claim membership in the tribe. 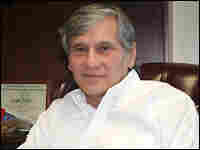 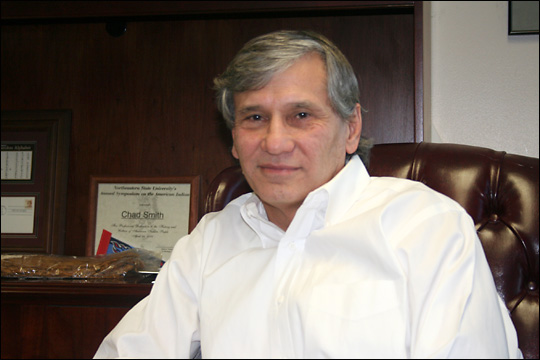 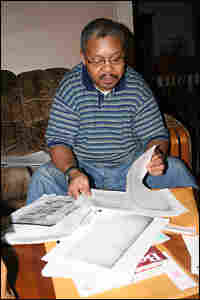 Johnny Toomer, a Cherokee Freedman, looks over photocopied documents in his living room that show his family connections to the tribe. Frank Morris hide caption 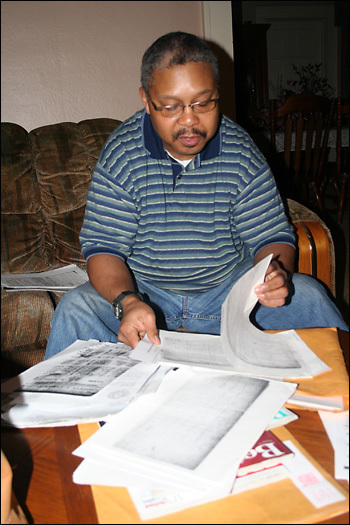 Johnny Toomer, a Cherokee Freedman, looks over photocopied documents in his living room that show his family connections to the tribe. 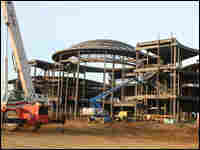 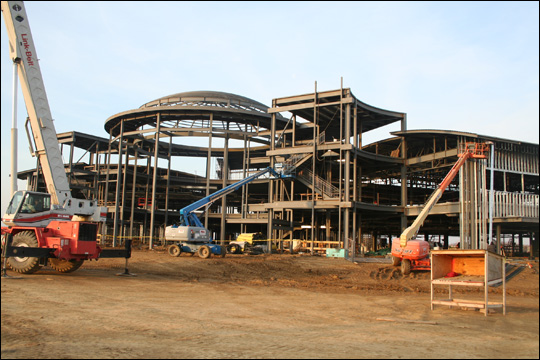 The Cherokees are building a new clinic just outside Muskogee, Oklahoma.

A federal court hearing Wednesday pits Native Americans against the descendants of African slaves once kept by tribal members. The Cherokee Nation has moved to expel the people known as Cherokee Freedmen.

The Freedmen argue that a 140-year-old treaty protects their citizenship in the Cherokee Nation. The conflict puts the tribal government in the unusual position trying to argue against a long-standing treaty.

The Cherokee tribe has always been one of the largest in the United States. It was also once one of the wealthiest. Some of its members held more than 100 slaves on plantations in the south. In recent times though, many Cherokee have lived in deep poverty.

The tribe only recently tapped casino revenue to build modern health clinics, like the one rising from the countryside near Muskogee, Oklahoma.

With the Cherokee's financial picture brightening somewhat and a tribal ruling in their favor, Freedmen such as Johnny Toomer — a forklift operator in Muskogee — have staked their claim to membership.

Toomer's great, great grandmother was the daughter of slaves held by the Cherokee. Her people likely walked to Oklahoma from Georgia on the infamous Trail of Tears, a march forced by the U.S. government that killed nearly a fifth of the tribe.

Toomer says the proof of his claim is in the photocopied documents arrayed on his coffee table. His relative's name is on what's called the Dawes Rolls, a federal government list of Cherokees, and members of four other tribes, living on Indian lands around 1900.

The Dawes Rolls have become the gold standard for determining tribal citizenship. If you have a direct descendant on the rolls, you're in.

But a century ago a bureaucrat marked that Toomer's great, great grandmother was a Cherokee Freedman. It's that notation that now puts his tribal citizenship at risk.

"Is it because of the color of my skin, [the] reason I'm not accepted? That's the way I feel about it sometimes," Toomer said.

A tribal court ruling last year forced the Cherokees to recognize Freedmen as citizens. That prompted Toomer and about 1,500 other Freedmen to sign up for membership cards.

That sparked a referendum to amend the tribe's constitution and formally expel the Freedmen.

"It's an Indian thing, we do not want non-Indians in the tribe, our Indian blood is what binds us together," said Jodie Fishinghawk, who helped lead the drive to expel the Freedmen.

She notes that nearly all Indian nations require their citizens to be able to document direct ancestors in the tribe. Standards vary from nation to nation, and most are more stringent than the Cherokee. Fishinghawk says a tribe's right to set conditions of citizenship is fundamental to its sovereignty.

"It's a democratic process, people are allowed to vote. That's what America is based on, that's what we use here in the Cherokee Nation," Fishinghawk said. "And I don't see any problem with it."

The Cherokee Freedmen do. After fighting on the losing side in the Civil War, the Cherokees signed a treaty guaranteeing their newly freed slaves citizenship in the tribe.

Marilyn Vann, president of the Descendants of Freedmen of the Five Civilized Tribes Association, says the 1866 treaty's protection outweighs the tribe's claims of sovereignty on this issue. And besides, she says, the Cherokee tribe has always been a diverse nation, not a race.

"You know there never was such a thing as the Cherokee Race. Cherokee was a citizenship," Vann said. "The federal government doesn't have government-to-government relations with races, only nations."

But this whole discussion of race really misses the point, according to Cherokee Principal Chief Chad Smith. In his office looking out at the sprawling tribal headquarters campus near Tahlequah, Okla., Smith said more people do want to be in the tribes these days. But it's not so much because of subsidized health care and housing, but rather a search for a cultural identity.

"And it's easy to grasp and look to tribes, who are indigenous and have a sense of identity, and have sustained themselves through terrible times," Smith said.

The Cherokee Freedmen maintain that their ancestors helped sustain the tribe through very the worst of times. They argue that now that things have improved they shouldn't have to fight to call themselves Cherokees.