Accessibility links
'Amazing Grace' and the Power of Truth The film Amazing Grace focuses on William Wilberforce, who led the movement in the British Parliament to abolish slavery. It tells a story of idealism and speaking truth to power.

Listen
'Amazing Grace' and the Power of Truth 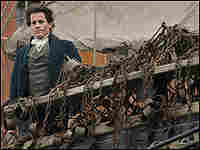 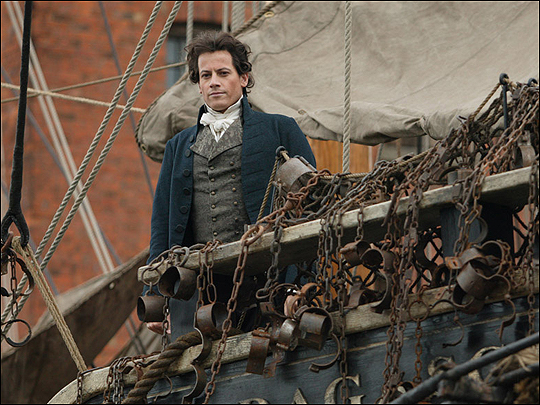 Ioan Gruffudd stars as abolitionist William Wilberforce, seen here on the deck of a slave ship.

March 25, 2007 will mark the 200th anniversary of the passage of a bill outlawing the slave trade in Britain. A new film details the drama behind that victory.

Amazing Grace is a story of idealism and speaking truth to power.

It understands there is something deeply dramatic about a man who stands up for what is right and makes a difference in this life.

The man in question is William Wilberforce, who for decades was Parliament's prime mover in the battle to abolish the slave trade in Britain. Wilberforce ended up buried in Westminster Cathedral and lionized by his peers, but that should blind no one to how much of a struggle his crusade turned out to be.

It is risky, in this cynical age, to make a traditional biopic, to construct a narrative that focuses on the good men do in the way films such as The Life of Emile Zola and Madame Curie did in decades past.

Fortunately, director Michael Apted and his team have understood the challenges of this kind of story and met them with intelligence and energy.

Apted, whose dramatic credits include Coal Miner's Daughter and HBO's Rome, has been true to the outsized emotions of the story without giving way to sentimentality.

A major factor in this success is strong acting by performers who seem at home in the spirit of a turbulent age. First among equals is Welsh-born Ioan Gruffudd. Gruffudd's naturalness and charisma allow us to accept him as Wilberforce, a somewhat otherworldly man once described as "all soul and no body" who, once committed to abolition, was uncompromising in its service.

Amazing Grace introduces us to Wilberforce at a crucial midpoint in his career. It's a moment in 1797, a decade after he became an abolitionist, when, physically exhausted and in despair, he feels like all his work has been for naught.

Given Apted's documentary background with the landmark 7 Up series, this film has a visually striking sense of period. From crowded docks to the chaos of London streets, Amazing Grace puts us right into the past in a most convincing way.

Though looking at history as the work of great men may be out of favor, Amazing Grace embraces this point of view and makes it its own.