Accessibility links
Lisa Margonelli, Concerned with 'Oil on the Brain' A close look at the oil industry highlights issues of politics, environment and even cultural violence. Lisa Margonelli talks about her new book Oil on the Brain: Adventures from the Pump to the Pipeline.

Listen
Lisa Margonelli, Concerned with 'Oil on the Brain'

Oil was once an alternative fuel, much easier to come by than whale blubber and less poisonous to the air than coal. This is among the nuggets you might learn from Lisa Margonelli in her new book Oil on the Brain: Adventures from the Pump to the Pipeline. It takes her from local gas stations to an Iranian oil platform, a Texas drilling rig, Nigeria, Chad and Shanghai to trace the path of the commodity that seems to command so much of our economy and politics.

We will pay more for water than we will for gas. We want gas to be extremely, extremely cheap and we pay among the lowest prices in the world. The competition to keep gas prices low is very intense, so gas stations make very little profit and what they don't make selling gas they make up in selling water. And every aspect of the industry has been optimized to get the gas here as cheaply as possible. And in a sense, every aspect of our political system has been optimized to keep that price as low as possible.

You make the case that the extent of oil smuggling is something that we haven't begun to grasp, and that it absolutely has to do with the price of oil...

We still base our oil policy and the way we conceive of the oil industry as kind of a struggle between oil-consuming countries and oil-producing countries that we assume are well-organized states. OPEC fits in with the oil-producing countries. In fact, non-state actors are having a bigger and bigger role. They're stealing tankers of oil in the Straits of Malacca. They're involved in a huge smuggling trade in Iraq. There's smuggling going on in Chechnya, in some areas of Venezuela as well. There's a huge trade in that. It may equal as much as 1 percent of the traded oil in the world today.

"Non-state actors" is kind of a think-tank phrase. You're talking about gangs.

Is some of that oil winding up in pumps in Chevy Chase, Md., and Winnetka, Ill.?

Absolutely. Huge oil ports, such as the port of Houston, really don't know how much of the oil showing up in their port is stolen, because a single tanker crossing the Atlantic, say, can change hands 300 times. So there's no real way of saying this was legally obtained oil, or this oil was stolen from the pipelines, or this oil was smuggled out of the port of Basra. We have no idea.

Some of the most arresting sections of the book are about the oil industry in Nigeria. We might assume the oil business is just rough and dirty and hard work for anybody working into it. It's something else beyond that, even, in Nigera. It's criminal. It's rough, in a sense, it's violent ...

It's very violent. I think that our conception of the oil industry is that well-trained technicians pull up to a spot and suck the oil out and it comes over here on tankers and it never really touches ground. But what happens in Nigeria is that it's part of a political system that involves gangs of young men who are mostly unemployed who remove oil from the pipelines and sell it. And it's quite violent, quite dangerous, and it has a big effect on our lives. Whenever there's an upset of violence in Nigeria, it affects the price here. We may complain about the price, but the actual price that's paid by the people in Nigeria is very high — higher than we can comprehend.

Nuclear power, even since the time of the Shah, has been a very potent idea in Iran, because it would provide them with a more consistent electrical supply, and it would allow them to sell their oil for money while producing their own electricity. Nuclear weapons are also very symbolic, because Iran spent eight years or so at war with Iraq and has seen that Iraq was attacked because it didn't have nuclear weapons, while North Korea was left alone. So Iran has a sense of being besieged for years. Nuclear weapons offer a couple of things. They offer a very symbolic development and they offer what they feel is a kind of protection against attack by outside countries.

Does the U.S. auto industry quite grasp the challenge that's mounting in China?

I'm sure that there are people within the auto industry who grasp it, because there are a lot of very smart people in the U.S. auto industry. But I think that China is...

You spent some time with car designers in Shanghai...

I did. Right now about 12 percent of the world owns cars. What China's interested in is selling cars to the other 88 percent, which when you think about it is a huge market, and it dwarfs the market currently. So in order to do that, they need to make cars that don't pollute, they need to make small cars that can deal with traffic and they need to make cheap cars that are a good buy for an emerging middle class and that somehow suit their ethic.

You end by suggesting that there's a whole new world of riches out there to be discovered by someone — some group of people — an industry who can figure out a way to make themselves the next best thing in energy...

In all your travels, in some ways did you also get reminded about what a great wrinkle petroleum was at one point? Its portability? Its utter utility?

Its complete tradability is just amazing. Very, very different types of oil — the oil from Venezuela is all heavy and sticky and the oil from the Persian Gulf is very light — all of these can be refined and turned into the same thing, shipped everywhere and used by everyone. It's kind of great. 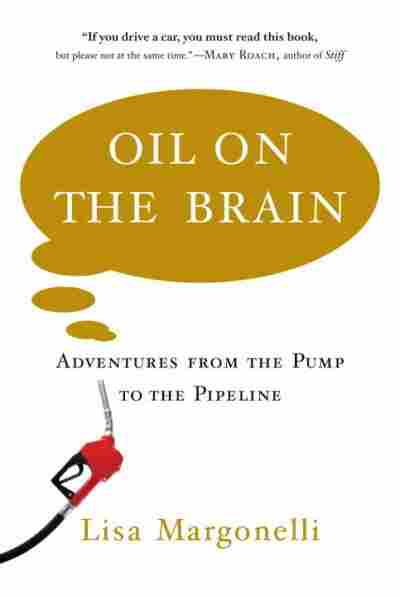 Oil on the Brain

Adventures from the Pump to the Pipeline