Accessibility links
Terry Gilliam Tries to Revive Dark 'Tideland' Terry Gilliam's Tideland was panned by film critics and audiences alike when it was released in 2005. But he hopes the disturbing tale of a girl, whose parents are drug addicts, finds an audience on DVD. 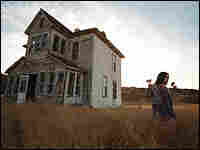 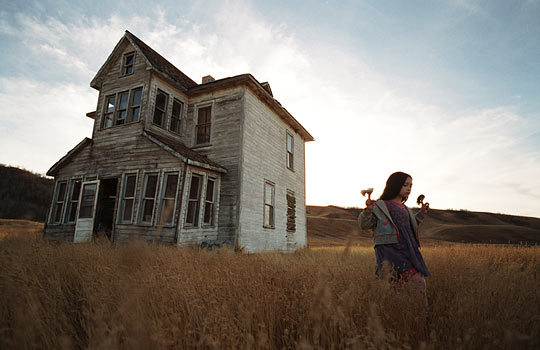 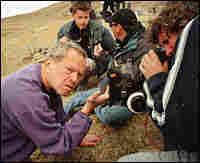 Terry Gilliam (left) is seen on the set of Tideland, which was shot in Saskatchewan. ThinkFilm hide caption 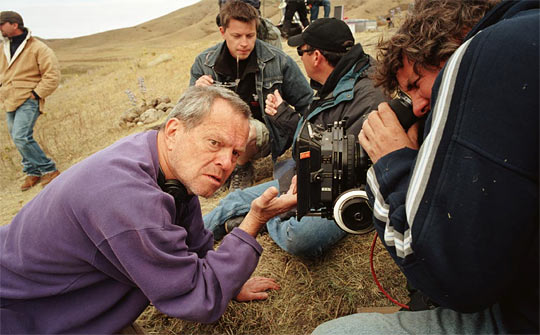 Terry Gilliam (left) is seen on the set of Tideland, which was shot in Saskatchewan.

The story of a young girl whose parents are drug addicts — which Gilliam describes as a cross between Alice in Wonderland and Psycho — fared poorly with audiences during a brief U.S. theatrical release last fall.

The few Americans who did see the movie sat through a disclaimer from Gilliam himself. The former Monty Python troupe member appears on screen in black and white, looking haggard and unshaven like a character in a film noir. "I have a confession to make," he tells viewers. "Many of you are not going to like this film." He then goes on to appeal to audiences to give it a chance.

Gilliam added that appeal after his experience at film festivals in Europe, where some audience members walked out. Some departed in the film's opening minutes, in the scene where the girl, played by 12-year-old Jodelle Ferland, is preparing heroin for her father, played by Jeff Bridges. Other viewers bolted when they saw her sitting on a dead man's lap.

Gilliam — the creator of such acclaimed films as The Fisher King and Brazil — hopes the film finds more success on DVD.

Gilliam says that the movie, which also stars Jennifer Tilly, is "about people in search for love, it's about relationships. It's also about drugs, sex and necrophilia. What more would you want in a movie?" he adds with a laugh.

Tideland, based on a novel by Mitch Cullin, found opposition even before it was made. With such a dark and unusual story, Gilliam had a hard time getting financing.

But he persisted, he says, "because I think it was genuinely a good story to tell. The fact is a lot of the public won't like it, but I'm actually interested in the part of the public that will."

Gilliam dismisses the inevitable comparisons to the Oscar-winning Little Miss Sunshine, which also features a little girl with a drug-addicted relative. He calls that film "very cute, very entertaining."