Accessibility links
College Restores Artwork by Poet E.E. Cummings At New York's College at Brockport, a little-known treasure trove of artwork by poet E.E. Cummings is in urgent need of repair. The popular poet produced more than 1,600 oil paintings, drawings and watercolors in his lifetime. 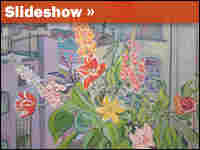 See the Art of E.E. Cummings

Poet and painter E.E. Cummings reads two of his poems in New York in 1959.

"Anyone Lived in a Pretty How Town"

Courtesy of the Library of Congress 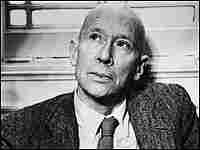 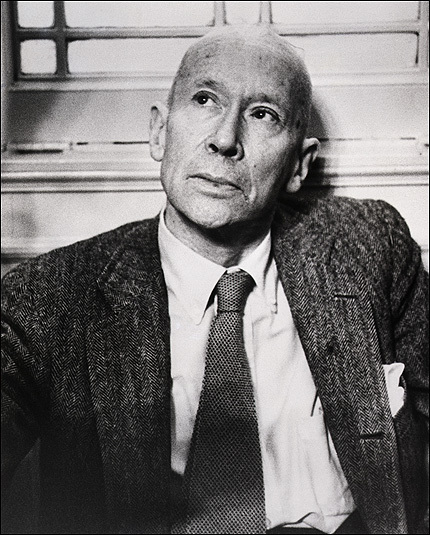 At New York's College at Brockport, a little-known treasure trove of artwork by one of the country's best-loved poets is in urgent need of repair.

The liberal arts college, which is part of the State University of New York system, owns 72 works by poet E.E. Cummings, but years of wear and tear have taken their toll on the rare works. Few people have ever seen the pieces, and even fewer know that Cummings — best known for his use of lowercase letters and inventive syntax and grammar — took visual art as seriously as he did writing poetry.

The institution received the collection in 1978 from Hildegarde Lasell Watson, the widow of James Sibley Watson Jr., who was one of the poet's best friends. But the paintings and drawings languished in a room that lacked proper humidity controls. Eventually the collection ended up in a storage closet in the art building.

Passion for Poetry and Paint

Cummings' artwork may come as a surprise to those who know him primarily for his celebrated poetry. Milton Cohen, author of Poet and Painter: The Aesthetics of E. E. Cummings's Early Work, says Cummings painted every day after World War I in his New York apartment.

"He had a studio on Patchen Place where he would paint. And then when the light failed he would typically ... turn to his poetry and write into the night," Cohen says.

While he wrote poetry, Cummings also pored over paintings by Paul Cezanne and emulated Pablo Picasso. He liked to experiment, starting with abstract oils and then trying his hand at watercolors. Cohen says Cummings applied what he learned about visual art to the blank page.

"He knew what any art student knows, which is that diagonal lines are more dynamic than horizontal and vertical lines," Cohen says. "So he would create these in his abstractions, and he created them in his poems as well."

In his poem "Buffalo Bill's" for example, Cummings positioned the words on the page to suggest the shape of an arrowhead and the danger of Buffalo Bill's career.

"Cummings captures that dynamism of his life by the way he makes his lines move on the page, so you can see them moving further to the right and then back, and that's all connected with his painting at the time," Cohen says.

By the time he died in 1962, Cummings had produced more than 1,600 oil paintings, drawings and watercolors. He gave away most of them, which are now scattered in private collections and universities. In the past three decades, the value of Cummings' artwork has skyrocketed from hundreds to thousands of dollars each.

The College at Brockport houses the largest collection, but some of the pieces are water damaged, and a few have been nibbled by mice. Over the years, the college has exhibited some of the art or sent it to art galleries and colleges for display. But in the process, the works have suffered normal wear, tear and neglect.

Frank Short, dean of the college's school of arts and performance, is gradually restoring the works, but he says he needs to raise $160,000 to finish the job. So far, the National Endowment for the Arts and the National Endowment for the Humanities have rejected three grant applications, but Short says he isn't discouraged. Short put the works up for "adoption" by generous donors who are willing to sponsor the restoration of individual pieces. So far, more than 30 works have been restored.

The College at Brockport says it won't sell the paintings, but it hopes to build a permanent display gallery and eventually to loan them to other institutions.