Accessibility links
The Shining Moment Before a Spectacular Downfall The Chamber Strings' Month of Sundays is wistful wounded-boy pop of the highest order. Singer Kevin Junior writes unassuming melodies that don't conform to the instant-hook template, and he sings them with the casual air of a cat stretched out on a sofa in the sun.

The Shining Moment Before a Spectacular Downfall

The Shining Moment Before a Spectacular Downfall 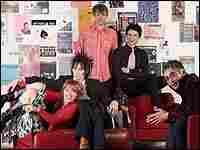 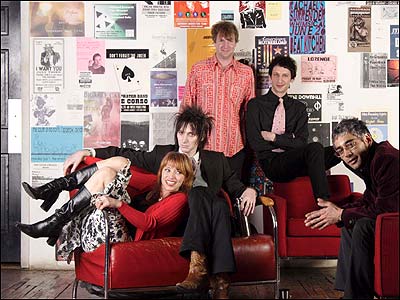 Discuss The Chamber Strings' work and submit a comment here.

For the Happy Endings

Make It Through This Summer 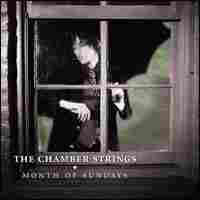 When The Chamber Strings performed at Chicago's Double Door in January, it was the first time that the pop band, led by singer and songwriter Kevin Junior, had been on stage in five years. A story in The Chicago Tribune told of Junior's long addiction to and battle with heroin — a struggle he said began during the making of this achingly sweet record. "I was able to write, arrange, produce and record Month of Sundays as a complete junkie," Junior told the paper. "But when the record came out and we started touring in the van, it just started getting worse and worse."

Month of Sundays drew rave reviews upon its release, but because of Junior's problems — along with financial difficulties at the band's indie label, which has since folded — it pretty much disappeared within a year. Cue up "Last Lovers" (audio) or the Burt Bacharach-inspired "For the Happy Endings" (audio) to hear why that's a shame: This is wistful wounded-boy pop of the highest order. Junior writes unassuming melodies that don't quite conform to the two-measure instant-hook template, and he sings them with the casual air of a cat stretched out on a sofa in the sun. All around his fragile voice are textures commonly deployed on mid-'60s pop classics: strings, horns (including saxophone from Chicago jazz titan Ken Vandermark), harpsichord and, every now and then, surging electric-guitar countermelodies in the style of The Byrds.

Such lavish displays of instrumental craft are sometimes used to distract from or cover up deficits at the song level. Not here. Junior writes terse and deceptively loaded miniatures, choosing images carefully so that his few words, often the thoughts of a doomed ardent lover, leave a lasting impression. When he laments the speed with which summer flies by — on "Make It Through the Summer" (audio) — he transforms an overworked notion into an awesome and deeply conflicted expression. Here, in 4 minutes and 39 seconds, is the warmth of the sun and the dread of approaching chill, the early-summer sense of endless possibility and the autumnal regret about roads not taken. Oh, yeah, and a love story, too.