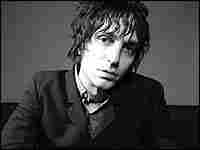 Jesse Malin's music career began when he was only 12: His New York band Heart Attack resided near the forefront of the hardcore punk movement of the early '80s. Malin developed his craft and carved out his personal style throughout the '80s, and eventually founded the glam-punk group D Generation in 1991. After inciting bidding wars and releasing three high-profile albums for major labels, D Generation broke up in 1999, and Malin launched a solo career.

Once he went solo, Malin quickly reinvented himself as a purveyor of straightforward rock 'n' roll music, heavily influenced by his love of Neil Young and Bruce Springsteen. In 2002, Malin released his first solo disc, The Fine Art of Self Destruction, which was produced by his friend Ryan Adams. (He and Adams also conspired to form the one-off side project The Finger in 2002.) In the past year, Malin secured a deal with Billie Joe Armstrong's Adeline label to produce his newest solo disc, Glitter in the Gutter.