Accessibility links
Berlin Shows Off Its New Sense of Style Berlin is known more for graffiti than for glamour — and city has decided that it's time for a makeover. Hosting several new fashion events this year, Berlin hopes to add its name to the ranks of famous European fashion centers.

Listen
Berlin Shows Off Its New Sense of Style 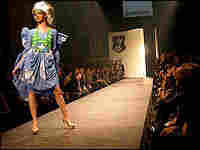 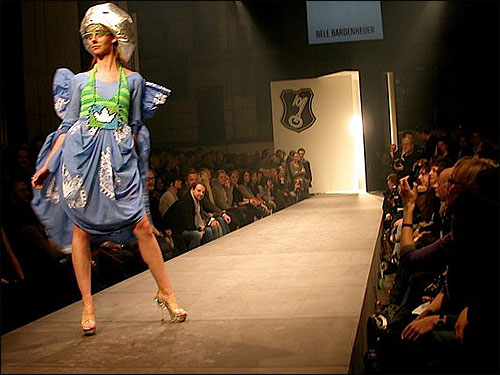 New looks collide at Beck's Fashion Experience in Berlin. Germany's capital city is hoping to be recognized as a European fashion center. 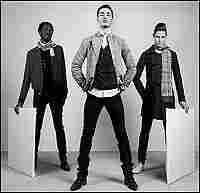 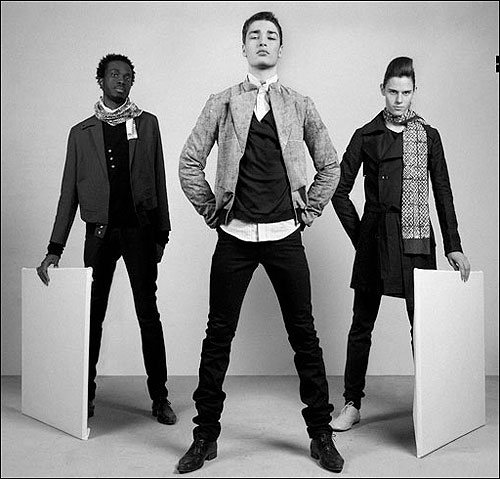 Berlin is full of artists and creative types, and has seven fashion schools. But it is also facing a lot of debt and has an unemployment rate in the double digits.

Berlin's locals don't spend very much money for clothing, says Julia Boege, a designer for local clothing line qed. "For selling the fashion, we need to see the whole world, we have to work global."

International attention for Berlin's designers would help — the kind a major, high-end fashion event can bring. Mercedes-Benz has announced it will sponsor Fashion Week Berlin starting this summer, overseen by big media and entertainment group IMG.

Deluxe runway shows are planned for a catwalk crossing Berlin's former border between east and west, right through the middle of the historic Brandenburg Gate.

Massimo Redaelli of IMG says the city brings together what he sees as two opposing powers: creativity and capitalism.

"We felt again that Berlin has the best platform and opportunity in Europe to strike the right balance between art and commerce," Redaelii says.

In theory, money would follow. Berlin politician Harald Wolf hopes Fashion Week could stimulate the economy in his city, which is still struggling to fill jobs lost after German reunification 17 years ago.

"You have 800 designers in our city," Wolf says, "and so we will give them the possibility to become internationally known, to go to international markets, to have connections with international companies to distribute their products."

The plan is a move in the right direction for a national fashion industry that can be out of step, says Melissa Drier, German Correspondent for Woman's Wear Daily. But she's not sure unglamorous Berlin, with its preference for street style over designer labels can or should be the next Paris.

"I think we first have to let Berlin be Berlin," Drier says, "and let people take advantage of that. We have so much sameness in the world and in the world of retailing, that we should be thankful that maybe something looks a little bit different."

The first Fashion Week Berlin will take place this July.