In his first novel, writer Matt Haig let a black Labrador narrate the story of William Shakespeare's "Henry IV." In his new book, Haig turns Hamlet into a lonely boy living above a village pub in modern England. Book critic Veronique de Turenne has this review.

VERONIQUE DE TURENNE: Matt Haig gets right down to business in his quirky new novel, "The Dead Father's Club." Eleven-year-old Philip's father has been killed in a car wreck. His ghost, battered and bleeding, appears at his own funeral and accuses his brother, Alan, of murder. Alan's already putting the moves to the grieving widow, so dad tells Philip to kill his uncle and avenge his death.

Hamlet anyone? Well, kind of. The text is littered with Shakespearian Easter eggs, hints and clues and sly jokes. They're a kick to find. Philip's not the prince of Denmark, but his last name is Noble. Gertrude's not the queen of Denmark. She's Philip's beloved angelfish, Gertie. Ophelia becomes Lia, Philip's girlfriend. Even Rosencrantz and Guildenstern show up.

Haig tweaks the play and his readers as Philip, who's only 11 after all, bumbles and bungles his way to a gruesome murder. And then there's the language. Philip's a kid, and the story's told in his voice, in an unfiltered, unself-conscious rush. There's not a single comma or apostrophe in the whole book.

Like Shakespearian English, it takes a bit of getting used to. Here's Philip, living one of Hamlet's most famous moments, in the bathroom.

I didn't leave the seat. I just sat and watched the dust and the light make a universe with moving stars and planets and gold suns. I sat and stared into space for I don't know how long not knowing what to do and then after some minutes my dad's ghost came through the locked door. He looked at me for a while and didn't say anything. After a bit he said to be or not to be. That's the question Philip.

Clearly not a literal retelling of the play. Haig's too smart and way too inventive for that. He cherry-picks the bard's best stuff and spins it into something sweet or funny or dark, sometimes all in the same scene.

"The Dead Father's Club" is a lovely and unsettling book. Read it at your peril. Like Hamlet's ghost, it refuses to fade away. 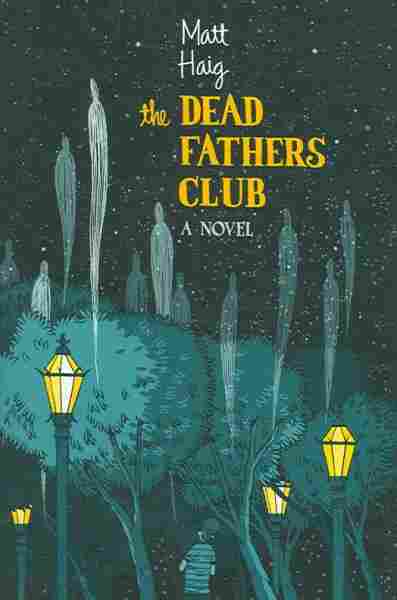