Lawmakers assailed Army leaders Monday for the conditions at Walter Reed Medical Center in Washington, D.C., when the House Oversight and Government Reform Committee held a hearing at the hospital.

The head of the committee said the problems at Walter Reed were emblematic of a wider national problem in the military health-care system.

The Army has been the target of intense scrutiny since The Washington Post exposed poor housing and outpatient facilities at the hospital for veterans wounded in Iraq and Afghanistan. 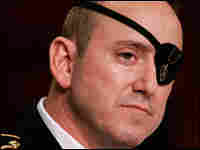 Military officials are under fire following a series of Washington Post articles that revealed substandard conditions at the Walter Reed Medical Center in Washington, D.C. Listen to some official responses to the revelations:

Lt. Gen. Kevin Kiley, Army Surgeon General and Acting Commander of Walter Reed: ‘This Is Not a Horrific, Catastrophic Failure at Walter Reed’

Ret. Col. Douglas McGregor: Contrasts Apologies with ‘A Complete Unwillingness to Admit the Multitude of Errors on the Ground’

Defense Secretary Robert Gates: Some in the Army ‘Have Shown Too Much Defensiveness, and Have Not Shown Enough Focus’

President Bush: Pledges to ‘Ensure That the Soldiers Recovering There Are Treated With the Dignity and Respect They Have Earned’ 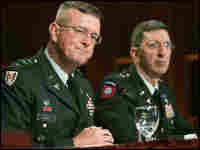 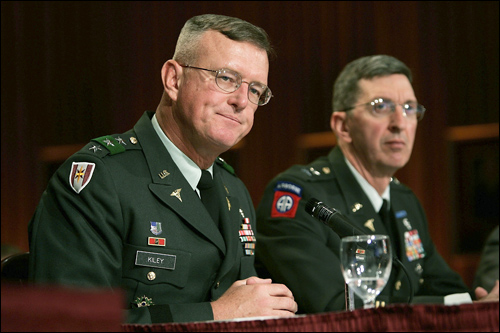 Conditions at the U.S. Army's Walter Reed Medical Center are symptomatic of wider problems at veterans' hospitals across the country. That was the conclusion of lawmakers at a House subcommittee hearing Monday at the Walter Reed facility in Washington, D.C.

Conditions at the hospitals have come under intense scrutiny after newspaper reports uncovered decrepit housing and ineffective outpatient care for hundreds of wounded Iraq and Afghan war veterans.

Among those testifying Monday was Staff Sgt. Daniel Shannon. On Nov. 13, 2004, Shannon was on patrol in the Iraqi town of Habaniya. Shots rang out near the central mosque. Shannon was hit by a bullet that took out his eye and left shards of metal in his brain. He was flown to Walter Reed Medical Center. Just five days after being shot in Iraq, officials at Walter Reed determined he could be discharged into the outpatient facility.

"Upon my discharge, hospital officials gave me a photocopied map of the installation and told me to go to the Mologne House, where I would live while an outpatient," Shannon testified. "I was extremely disoriented and wandered around while looking for someone to direct me to the Mologne House. Eventually, I found it."

During his testimony in front of the House Oversight Committee, Shannon sat straight in his crisp green uniform. He wore a black patch over his left eye. Every few minutes, he would pause, apparently having lost his train of thought. Out of frustration, Shannon would tap his head forcefully with his forefinger.

Shannon was emotional, his testimony the culmination of a two-year battle waged against the Army's medical bureaucracy for proper treatment.

Sitting next to Shannon was Annette McCleod, the wife of injured National Guardsman Wendell McCleod. She recalled how Army bureaucrats told her husband that he wouldn't be eligible for full disability. McCleod suffered brain damage as a result of an accident in Iraq. The Army claimed he had a prior learning disability.

"All I'm trying to do is have my life — the life that I had and that I know," Annette McCleod told lawmakers. "My life was ripped apart the day my husband was injured. But then, having lived through the mess that I lived through at Walter Reed has been worse than anything I ever sacrificed in my life."

McCleod testified that she had brought all her complaints far up the chain of command, and that they were simply ignored.

The former commander of Walter Reed, Maj. Gen. George Weightman — who was fired last week — apologized to the committee.

"Secretary of Defense Gates, all our Army leaders and you have called this a failure of leadership. I agree," Weightman said. "I was Walter Reed's commander, and from what we've seen, it is clear mistakes were made, and I was in charge. You can't fail one of these soldiers and their families – not one – and we did."

The hearing left both Democrats and Republicans on the committee shocked and angry.

Rep. Tom Davis (R-VA) denounced the VA system as "institutionally predisposed to treat wounded soldiers like inconveniences rather than heroes."

Committee Chairman Rep. John Tierney (D-MA) wondered whether the problems at Walter Reed were "just another horrific consequence of the terrible planning that went into the Iraq war."

"I also, unfortunately, feel that these problems go well beyond the walls of Walter Reed, and that they are problems systemic throughout the military health-care system," Tierney said.

Later this week, another House committee is expected to take up the Walter Reed issue, as well as perhaps two Senate committees. The Pentagon and the White House are conducting an investigation. In the meantime, the Army still has not lifted its restrictions barring soldiers at Walter Reed from speaking to the media.