Accessibility links
Michael Nesmith: Overcoming The Monkees The Serious Monkee had chops as a songwriter, as well as an unusual sound: a glossy merger of country and rock that took what The Byrds had been doing a step closer to pop. Magnetic South foreshadows the country-rock of The Eagles, whose debut arrived two years later. 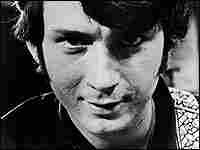 Did this record ever stand a chance commercially? Would it have connected if Nesmith had issued it under a pseudonym? 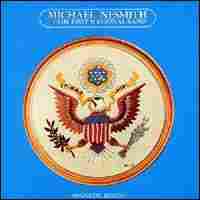 Looking back, 1969 probably wasn't the best year for Michael Nesmith to launch a solo career. Ridiculously overexposed as a member of the made-for-TV rock band The Monkees, Nesmith had been writing songs for several years — some of his originals appeared on The Monkees' 1968 credibility move Headquarters — when he decided he'd taken that last train to Clarksville for the last time. Right away, Nesmith found himself at an unusual disadvantage: He had to overcome his band's prefab image, as well as the mistrust (if not outright scorn) of a rock community that viewed The Monkees as a bad punchline.

Still, the Serious Monkee had chops as a songwriter: He wrote a song called "Different Drum" that became a hit for Linda Ronstadt and the Stone Poneys in 1968. And he had a slightly different sound in his ears, a glossy merger of country and rock that took what The Byrds had been doing a step closer to pop. This was prescient: Magnetic South foreshadows the country-rock of The Eagles, whose debut arrived in 1972. It might not have set the world on fire — blame that anti-Monkees stigma — but it has held up beautifully.

The songs sound both casual and extremely disciplined; in a sense, it's as if Nesmith transplanted the cut-to-the-refrain succinctness of his former band into the wild mythic California desert, or the outskirts of Nashville. "Calico Girlfriend" (audio) is built around a typical country two-step rhythm, but with a sophisticated chord sequence and a melody that's almost too breezy for a singer as taciturn as Nesmith. There and elsewhere, the singer doesn't try to charm his listeners; he just relies on his tunes, which bear the influence of such great country songwriters as Harlan Howard (whom he covers on "Beyond the Blue Horizon" here, as well as "I Fall To Pieces" on the follow-up album Loose Salute).

Of course, Nesmith has lots of help: A key to the easy feeling of Magnetic South lies in the band, which includes pedal-steel master Red Rhodes. Whenever Nesmith drifts too overtly toward Hollywood, as happens at times on "Little Red Rider" (audio) or the Stephen Stills-ish "The Crippled Lion" (audio), Rhodes is there with the perfect sweetly sobbing quip, to put Nesmith back on that dusty and desolate road he chose when it was time to flee The Monkees.