New York Times reporter Ron Stodghill discusses his new book, Redbone: Money, Malice and Murder in Atlanta, a true-crime story about the murder of a wealthy black entrepreneur in Georgia.

Now Stodghill has written a book about Herndon's murder and the investigation that followed. It's called "Redbone: Money, Malice and Murder in Atlanta."

Mr. STODGHILL: Redbone is kind of a Southern colloquialism for a fair-skinned African-American woman, and the victim in this book had a penchant for redbones. And so I used that as kind of a motif, if you will, to examine kind of the superficiality of his - of the world he lived in.

CHIDEYA: How did you pick up on this story?

Mr. STODGHILL: Atlanta, you know, is just a fascinating backdrop for the story to occur. It's known as a black Mecca. So you know, the sort of two primary curiosities that drove me into doing this book, one was, you know, how would a 41-year-old millionaire with the world, sort of, at his feet die in such a brutal way, in a bludgeoning in his own suburban enclave? And the other one had to do with Atlanta itself and how much of a role place actually played in his death.

CHIDEYA: So you have, to put it frankly, a lot of sex in your book. Did you have any qualms about writing so frankly about this, and why did you do it?

Mr. STODGHILL: The case became part of the public record when it, you know, went to trial. But in order to kind of really have his character resonate in an authentic way, I had to ask those questions. I spent three years researching this book. And I felt as though, you know, he was driven a lot by money and power and sex.

CHIDEYA: Let's move into the boardroom, because along with the revelations about his sex life that came out during the investigation of his murder, there were also large revelations about what exactly happened to all of the money he supposedly made. Tell us a little about that.

Mr. STODGHILL: Lance Herndon was sort of - he positioned himself in town as kind of a black Jay Gatsby. He was very, very lavish, you know? He threw big parties and he overspent. Upon his death, we realized that a lot of what he had was at that point just image.

CHIDEYA: Image. It's something that really suffuses your book, as you talk about old Atlanta and new Atlanta. People who have been college graduates for five generations within African-American families and then people who were the new strivers. How much was Atlanta a character in your book as much as "Midnight in the Garden of Good and Evil" really featured yet another Southern city as a character?

Mr. STODGHILL: What really turned me on about this story initially was you've got this black millionaire. You've got this African-American femme fatale. You've got a black prosecutor and D.A., and I thought that, you know, that was unique, that probably only this sort of cast could probably only occur in a place like Atlanta, which has such a rich history of black achievers, and so that they sit on this perch.

I thought it was just a wonderful place in which to tell this story. I probably wouldn't have been able to tell it necessarily in D.C. or Detroit or Los Angeles, that this was sort of an authentic story about African-Americans in the New South.

CHIDEYA: This book could easily be made into a movie. Have you sold the rights yet?

CHIDEYA: Maybe you need you to cast Lance Herndon. Who would he be as an actor, if you were to cast him?

Mr. STODGHILL: You know, someone with quite a bit of range. I've seen a Don Cheadle play - just a very rich range. And you know, Don Cheadle has, you know, he's a good-looking guy but not overly so, and so that was sort of Lance Herndon. He was just rich, rich in charm, and I could see a Don Cheadle playing him.

CHIDEYA: And what about the - without giving away too much - the Redbone femme fatale?

Mr. STODGHILL: That's really - that's a good one. I mean, you know, when Halle Berry stretches herself, she can play a really, really good deranged person. So…

Mr. STODGHILL: Maybe "Monster's Ball." But if you recall, you may have seen her in, like, she played a crackhead in Spike Lee's -

CHIDEYA: Yeah. That was a great role. Well, Ron, thank you so much.

Mr. STODGHILL: Thank you, Farai. I appreciate it.

CHIDEYA: Ron Stodghill is the author of "Redbone: Money, Malice and Murder in Atlanta." You can read the first chapter of his book at our Web site, npr.org. 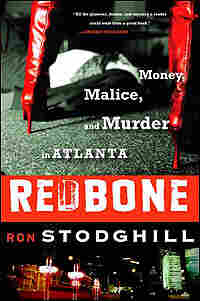 On a balmy April evening in 1996, surrounded by the thumping beat of R & B music, Lance Herndon tapped his tasseled loafer on the marble floor and watched his guests pour in. The sight must have pleased him. He had invited some four hundred friends and business associates, and by a quarter after nine more than half had already arrived. He couldn't have dreamed up a more ideal night for a party. The nightclub, a circular glass-enclosed room at the top of Atlanta's downtown Hilton Hotel, offered a panoramic view of the city. Outside, the full moon hung so low and luminous that majestic Stone Mountain, thirty miles east, glowed as though right across Peachtree Street.

The occasion tonight was the celebration of Lance's forty-first birthday. The man looked good. Except for the gray flecks in his curly dark hair, he could have easily passed for thirty. It didn't matter that he was not a particularly handsome fellow, that he had a ruddy complexion and a slightly crooked smile. He was the founder and CEO of Access Inc., the largest black computer consulting firm in the Southeast, and he exuded prosperity. On this Friday evening, Herndon was dressed casually chic. His trademark white silk pocket square blossomed like a tulip from his navy blue, single-breasted designer suit, giving him the debonair, about-town flair he was known for. His cream French-cuffed shirt was unbuttoned low enough to let the chest hair breathe in place of his usual smart necktie.

Within Atlanta's young black jet set, the crowd with which he liked most to be associated, Lance was known for his extravagance. Indeed, he had come to view himself as a kind of master emcee, a Gatsby-like presence whose lavish spending served as a barometer of the times. On his fortieth birthday he had celebrated in South Africa by taking his guests barhopping in a white stretch Mercedes Benz limousine. Here, on his forty-first, the outer rim of the dance floor was lined with tables holding mounds of Gulf shrimp and exotic cheeses, ornate pastries and lavish chocolates, and bottle upon bottle of wine and champagne. The spread, along with the sweet perfume of the women mingling with the scent of roses and lilies, crystallized notions that the man with "L.H.H." monogrammed on his cuff was a player around town. It may have helped, too, to distract from the unsettling truth that Atlanta's gilded age, forged some thirty years prior by the city's black old guard, was coming to an end.

In Atlanta, the black elite was divided into an older generation of insular, tradition-bound natives and a younger, high-living group of nouveau riche transplants. Both groups were obsessively image-conscious, though it was in the latter that Lance had stature, and in which he wanted to continue to amass cachet. Lance had earned his reputation in technology. Access Inc. assisted companies in developing sophisticated information networks, and he had been so successful that Inc. magazine had included it among America's Top 500 enterprises. But Lance considered this achievement to be of secondary value. His real prowess, he often boasted, was in the network of relationships he had nurtured and built across town with high-up people at Coca-Cola, Delta Airlines, and Wachovia Bank, for example, and within such professional organizations as the prestigious Leadership Atlanta, and a bundle of others, from the Atlanta Business League to the Atlanta Chamber of Commerce and the Data Processing Management Association. He had become a central figure in the social scene of the city that was the capital of the New South.

To be sure, nobody understood more clearly than Lance the necessity of reaching out to the city's older black establishment—the Jesse Hills and Herman Russells and Coretta Scott Kings—and he had successfully made many of those contacts as well. It was said among Lance's colleagues that his networking of Old Atlanta was genius. He knew how to get what he wanted from that set, even though he was not part of it—not invited to socialize with the Alexanders, the Dobbs, the Scott clique. Admittedly, he was not particularly fond of this crowd, though he felt that he understood them. They were, above all, a proud people. Proud of the fact that their great-great-grandfather was a medical doctor or lawyer or once ran a successful business on Auburn Avenue. Proud that Atlanta was the only city in the world with five black colleges in a central area. Proud that Atlanta was a place where you found fifth-generation college-graduate blacks, unheard of in most other cities. He understood that in Atlanta, it wasn't necessarily money that made you part of that clique. It was heritage.

Lance may have lacked the pedigree of Atlanta's established black bourgeoisie, but he had plenty of drive. In this, he typified the wave of young black strivers who had migrated to Atlanta and other southern cities over the past three decades. Atlanta was the epicenter of this buppie gold rush, as the city's black population had more than doubled during that period. The last time so many blacks packed their bags at once was during the Great Migration of the 1930s to flee the oppression of the South for freedom and factory jobs in Chicago, Detroit, and Cleveland. This time around, the lure of white-collar corporate and government jobs and warmer weather had spurred an epic U-turn that demographers called the "Reverse Migration."

Lance Herndon was known for outworking old and new Atlantas alike. He was the sort who measured the success of his day by how many new avenues he had opened up for himself and others, spending weekday evenings working the cocktail circuit and attending dinners and meetings with his clients in the IT division of some large company, where he was constantly reaching out to this guy and offering him four Braves tickets for Saturday afternoon; or to that lady inquiring about her smart daughter at Yale who might make the perfect summer intern for an attorney friend of his; or scheduling coffee and cocktails and phone conversations in this or that city with what seemed like everyone with a meaningful business card. For years, the result had not only been double-digit growth in revenues at Access, but an ability to call in favors from some of the most prominent leaders across town, straight up to Mayor Bill Campbell.

Excerpted from Redbone, by Ron Stodghill. All rights reserved. No part of this book may be used or reproduced without written permission from HarperCollins Publishers, 10 East 53rd Street, New York, NY 10022 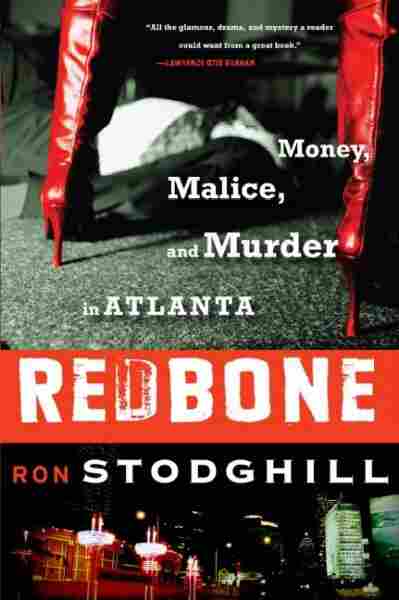 Money, Malice, And Murder in Atlanta