Listen
Jim Press and Toyota, Setting Sights on No. 1 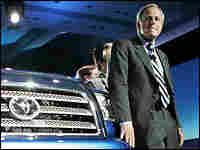 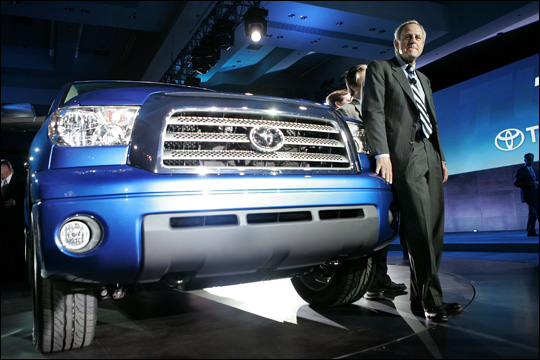 Jim Press, president of Toyota Motor North America, talks about what makes his company tick, and the importance of hybrid technology to its future. Toyota overtook Chrysler in U.S. sales last year and may soon become the world's No. 1 carmaker.

What was the perception of Japanese car companies when you left Ford for Toyota in 1970?

One of the first things that happened after I left Ford was that Henry Ford said they were going to push us back into the ocean. We were having demonstrations, people were crushing cars, there was a lot of [U.S.] animosity at the time [toward Japanese car companies].

Did you ever think about what you were doing leaving Ford, and whether it made sense?

Was that difference in approach to building cars born of necessity?

No. I think it's from the DNA of the founding family. The Toyota family, very strongly, still has their name on the building and [have] a big influence in the company. The original founding [principal] of the company was to enrich society.

What's an example of a car that enriches society?

Right now, our best example is the Prius. It's our hybrid. It produces about 90 percent less emissions [than a typical car]. It's got the interior and performance of a mid-sized car. And it's a good business for us.

You recently said that you think everybody in America is going to be driving a hybrid eventually. How would that come about?

It's going to come about because if you want to be able to have your own car and truck and drive when you want, where you want, you've got to look long term at the factors that will have a big impact on that.

The availability of oil, the effect of burning carbon-based oil on global warming, the geopolitical aspects of sourcing oil from other countries, all of these factors make it more important for us to be as efficient here in America as a lot of people are in other parts of the world.

Actually, we have already started leasing fuel-cell vehicles for evaluation. We were the largest producer of pure-electric vehicles. And we're still recycling our electric-vehicle fleet.

The reality is that the hybrid system makes all of those much more efficient. It combines the best of both worlds, of the internal combustion, or fuel cell, and electric. When you do that, you have a much more efficient drive system than anything else.

Considering Toyota's increasing U.S. success, are you concerned that you might face renewed resistance as a foreign company?

Today, Ford owns Mazda and Volvo. Is Mazda a Japanese company or an American company? Toyota is a global company. But here in North America, we want to be the best local company we can possibly be.