Accessibility links
Gounod's 'Romeo and Juliet' Houston Grand Opera presents one of music's greatest rarities — a successful opera based on Shakespeare. It's Charles Gounod's Romeo and Juliet, in a production starring soprano Ana Maria Martinez and tenor Ramon Vargas in the title roles.

An Audio Intro to 'Romeo and Juliet'

An Audio Intro to 'Romeo and Juliet' 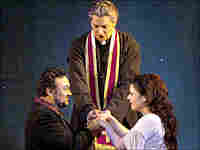 more about the performers ...

'Romeo and Juliet' has inspired an astonishing variety of music, including ...

The Songs of West Side Story

The Story of the Opera

While you might not think so, Charles Gounod's Romeo and Juliet, based on the play by Shakespeare, is one of the rarest things in opera.

Over the centuries, Romeo and Juliet has inspired all kinds of music. There are songs, symphonic poems, Broadway musicals and film scores.

In the Broadway category the most famous example must be West Side Story, with music by Leonard Bernstein and words by Stephen Sondheim. That show, in turn, has spawned countless "covers" of its hit tunes, in all manner of musical guises. Take, for example, a tune featured here, along with the opera – "I Feel Pretty" performed by Little Richard!

Among the many films inspired by Shakespeare's tragedy, the one with the most famous music is probably the version by Franco Zeffirelli. The movie's score, by Nino Rota was a hit all on its own.

There's also plenty of "classical" music inspired by the play, including the familiar tone poem by Tchaikovsky, and a brilliant ballet by Sergei Prokofiev.

So what makes Gounod's opera a rare bird? It's not just that it's based on Shakespeare's tragedy; there are plenty of other operas in that category. What's unusual about Gounod's version is that it's an opera based on Shakespeare that's actually a hit. There are hundreds of Shakespeare operas, and a couple of dozen based on Romeo and Juliet. But, astonishingly, of those hundreds only a few are still "in the repertory." Of all the "R & J" operas, there's really only one true "hit," and we've got it on this edition of World of Opera.

The production comes from one of America's strongest, and most innovative opera companies, Houston Grand Opera, and features the brilliant tenor Ramon Vargas as Romeo, with soprano Ana Maria Martinez as Juliet.

The Story of Gounod's "Romeo and Juliet" 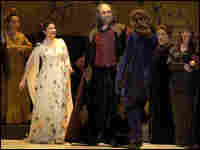 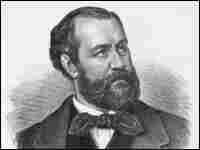 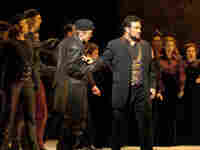 BACKGROUND: When Charles Gounod turned his attention to Romeo and Juliet in 1867 he'd already had a big hit with another adaptation – an opera based on Goethe's Faust. So for Romeo and Juliet he collaborated with the same librettists he worked with on the earlier opera: Jules Barbier & Michel Carre. They stuck fairly close to the original play by Shakespeare, though there are some changes. Barbier and Carre cut a few scenes that didn't deal directly with the two lovers. They also tweaked the ending. In the play, when Juliet finally awakens in the tomb, Romeo is already dead. In the opera when she wakes up, Romeo still has a few flickers of life — enough for the two to sing a duet (!) before Juliet stabs herself and they die together.

Like the play, the opera takes place in 14th-century Verona. It begins with a Prologue, as the chorus foreshadows the action to come. They sing about the feud between the Montagues and the Capulets, and the love between Romeo and Juliet.

ACT ONE: Juliet's father, a Capulet, is hosting a costume party. Two men comment enthusistically about Juliet's beauty – her cousin Tybalt, and Paris, who hopes to marry her. With everyone in costume, Romeo and his friends are easily able to "crash" the party. He's entranced when he sees Juliet, even though she's the daughter of his sworn enemey. He shyly approaches her, asking her to dance. The two hit if off immediately. Juliet tells him her name, and Romeo removes his mask. Bad move. Tybalt is watching, and recognizes him. Tybalt wants to have it out then and there, but Juliet's father pulls him back, and orders the festivities to continue.

ACT TWO: Romeo has ditched his friends, and serenades Juliet from under her bedroom window, hoping to draw her out, and catch another glimpse. It's Gounod's version of Shakespeare's famous Balcony Scene, and features one of the composer's most beautiful duets, "Ah! Ne fuis pas encore!" (Ah, do not flee again). Juliet's nurse interrupts, and Juliet goes back to her room, leaving Romeo in the garden below, as the curtain falls.

ACT THREE: We meet Friar Lawrence. Romeo and Juliet tell the Friar that they want to be married — in secret, of course, because otherwise their families would forbid it. Friar Lawrence agrees, hoping their union will end the feud, and performs the ceremony.

Outside the Capulet house, the boys are getting rowdy. Romeo's page Stefano sings an insulting song, and one of the Capulet gang starts a brawl. Romeo's friend Mercutio fights with Juliet's cousin Tybalt and is wounded. His friends carry him away, but Mercutio dies. When Romeo hears this news, he runs in to avenge the killing, and things go from bad to worse. Romeo kills Tybalt. Finally, to prevent further bloodshed, the Duke of Verona puts a stop to the confrontation, and banishes Romeo from the city.

ACT FOUR: After Romeo says goodbye to Juliet in her room, and leaves, Juliet's father shows up with Friar Lawrence. Count Capulet informs his daughter that he's going to marry her off to Paris immediately – not knowing that she's already married to Romeo. Friar Lawrence quietly slips her a potion. He says it will simulate death, so she won't have to go through with the marriage to Paris.

ACT FIVE: The friar's potion delivers as promised, and the final act takes place at Juliet's tomb. Romeo comes to bid her a last farewell – bringing a deadly poison that will unite him with his wife. He drinks it. Juliet awakens, and — unlike in Shakespeare's play — Romeo is still barely alive. After a final duet, Juliet takes Romeo's dagger, and stabs herself. They pray for forgiveness from God, and die in each other's arms.