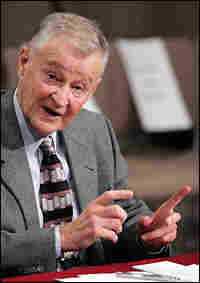 Former National Security Adviser Zbigniew Brzezinski testifies before the Senate Foreign Relations Committee during a hearing on Iraq, Feb. 1, 2007. He is the author of Second Chance, which assesses U.S. performance as a global leader and the presidencies of George H.W. Bush, Bill Clinton and George W. Bush. Tim Sloan/AFP/Getty Images hide caption

The most optimistic note in Zbigniew Brzezinski's book about current U.S. foreign policy is the title, Second Chance.

Washington has squandered its first chance at global leadership, says Brzezinski, who was national security adviser under President Jimmy Carter.

In his book, Brzezinski assesses the foreign policies of the three most recent U.S. presidents — the only three leaders who have led the country after the Cold War and Washington's Soviet rival imploded.

Brzezinski tells Robert Siegel that George H.W. Bush merits a B, while Bill Clinton receives a C and the current president, George W. Bush, an F.

There is still opportunity for America to regain its prestige, Brzezinki says, but he warns that the next 20 months will be crucial. If the U.S. war in Iraq worsens and if it expands to Iran, then Brzezinski warns the era of American global pre-eminence in the world will prove to be historically very short. 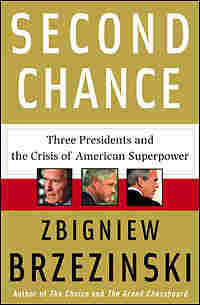 Each of the three presidents since America's victory in the Cold War has been the world's most important player in the world's most important game, and each has played in his own way. At this stage, suffice it to say that Global Leader I [George H.W. Bush] was the most experienced and diplomatically skillful but was not guided by any bold vision at a very unconventional historic moment. Global Leader II [Bill Clinton] was the brightest and most futuristic, but he lacked strategic consistency in the use of American power. Global Leader III [George W. Bush] had strong gut instincts but no knowledge of global complexities and a temperament prone to dogmatic formulations.

The box below summarizes the fundamental changes in the global environment that occurred during the first decade and a half of America's unprecedented global primacy. These events are the basis on which the performance of the first three American global leaders will be appraised in the chapters that follow. The list shows, in capsule form, both the opportunities that were within America's reach and the steps leading to the increasingly complex crisis that superpower America now confronts. 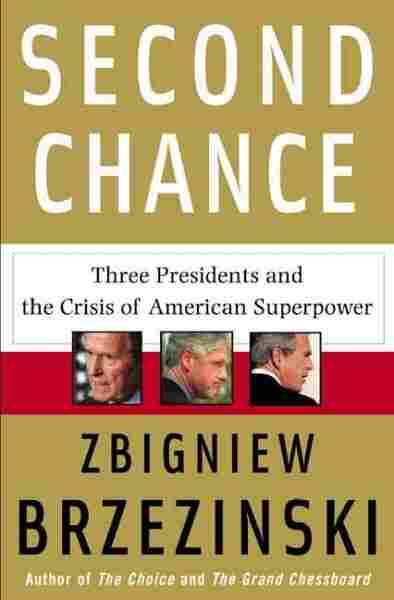 Three Presidents and the Crisis of American Superpower