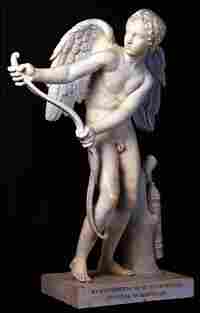 Eros, as an archer, strings his bow. The sculpture is a copy from the early imperial period after an original by Lysippus (fourth century B.C.). Musei Capitolini, Palazzo Nuovo, Rome hide caption 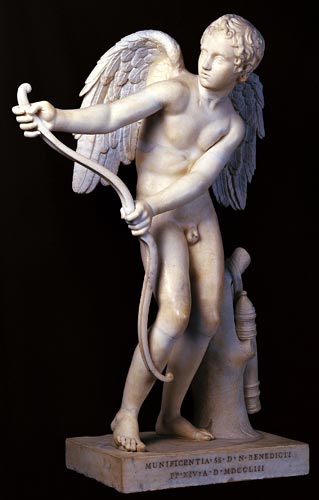 Eros, as an archer, strings his bow. The sculpture is a copy from the early imperial period after an original by Lysippus (fourth century B.C.). 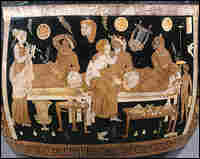 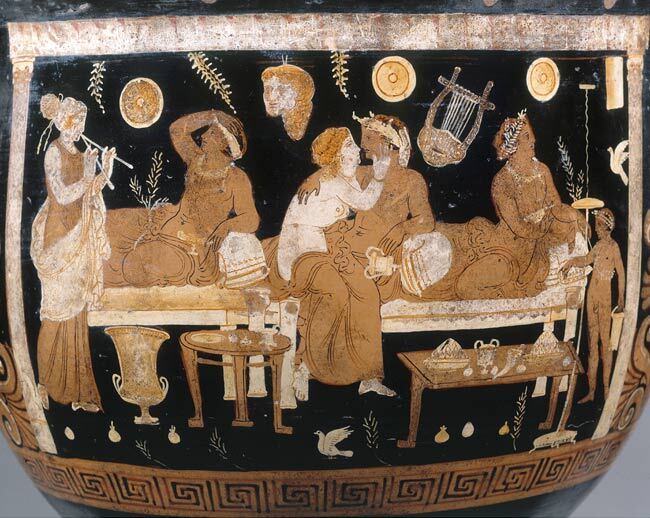 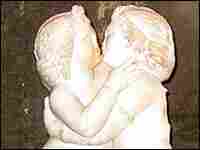 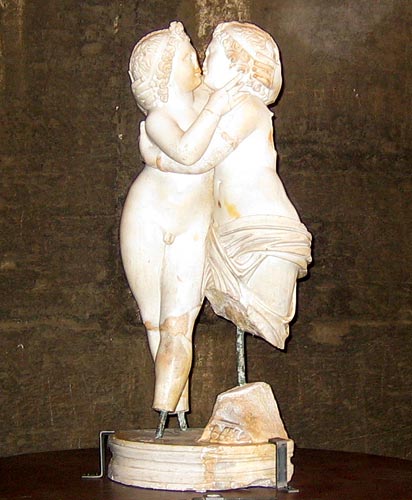 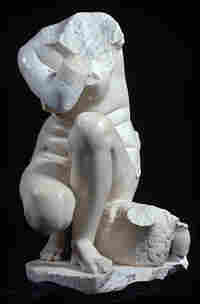 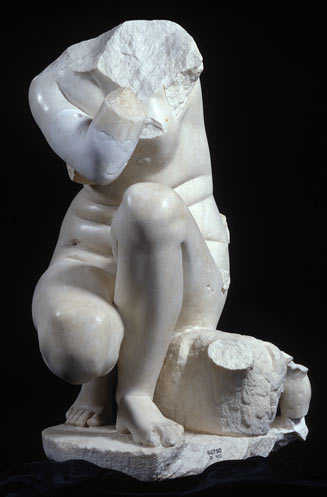 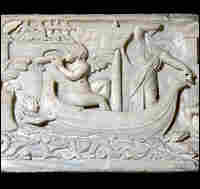 Sarcophagus of a child: From Rome, second half of the third century A.D.

The god of love (Eros for the Greeks, Cupid for the Romans) was chosen as the subject of this exhibit "because Eros is universal," says Rome's archaeological superintendent, Angelo Bottini. "There's nothing more understandable than the concept of love.

"But we also want to illustrate antiquity to a society that knows less and less about the ancients," he says.

The works on show in the 2,000-year-old amphitheater come from various museums in Italy and elsewhere in Europe.

They include a sculpture of a crouching Aphrodite — Eros' mother — discovered at Hadrian's Villa near Rome. And a marble statue of a naked, winged Eros stringing his bow — it's an ancient Roman copy of the great fourth century B.C. Greek sculptor Lysippus.

There are banquet scenes painted on red-and-black terra cotta vases, frescoes from Pompeii, and bas-reliefs on the sarcophagus of a child.

Exhibit organizers say that although the Greek god of love is one of the best-known divinities, his mythological narrative is less detailed than that of the other gods.

Greek tragedy and comedy are filled with tales of Eros' boundless power. The ancient poets, from Sappho to Anacreon, describe him as an invincible force that brings happiness but can also destroy it.

Throughout the exhibit, panels explain that for the Greeks, the power of Eros was such that he could dominate nature, mankind and even the gods.

"Now Eros shakes my soul, a wind on the mountain overwhelming the oaks." — Sappho

Nobody can resist Eros, not even Zeus, the father of the gods. Under Eros' spell, Zeus transforms himself into various figures in order to couple with the woman, or man, who has aroused his desire.

The exhibit contains a marble group of the young shepherd Ganymede and Zeus disguised as an eagle, and a sculpture of Leda who tries to escape Zeus, but is unwittingly won over by the god who has transformed himself into a swan.

"In the case of men, the homosexual experience was a one-sided relationship between an adult and an adolescent boy," Bottini says. "It was seen as a teacher-pupil relationship. We call it pedophilia and it's unacceptable for us."

But, organizers say, even the legendary sexual freedom of the Greeks was subject to certain important restrictions: It affected only adult free-born males, and it had to avoid demonstrations of wild behavior. And there was an established order based on the submission of woman to man, youth to adult, slave to master.

The exhibit shows how the figure of Eros evolved over the centuries. From mysterious force of nature, his power gradually waned as the god of love turned into the putto — the pudgy baby adored by artists of the Italian Renaissance.

The Colosseum exhibit ends in mid-September.