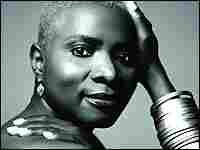 Whether drawing on her musical roots or experimenting with hip-hop, dance and electronics, Kidjo's albums have featured fascinating collaborations, including work with Branford Marsalis, Cassandra Wilson, Dave Matthews and Santana. Djin Djin, produced by Tony Visconti (David Bowie, T-Rex), opens with a few would-be club hits before offering a haunting take on The Rolling Stones' "Gimme Shelter" — a reunion with Santana — as well as duets with Josh Groban and Sade and a song featuring Alicia Keys and Marsalis. Nothing if not ambitious, Kidjo continues to stake out new ground.