Accessibility links
Life on the Bomb Squad Bomb technicians kneel in front of explosives when everyone else backs away, then hope they cut the right wire. An author who spent a year with the New York City Bomb Squad and a former bomb technician talk about the dangerous work.

Listen
Life on the Bomb Squad

Bomb technicians kneel in front of explosives when everyone else backs away, then hope they cut the right wire. An author who spent a year with the New York City Bomb Squad and a former bomb technician talk about the dangerous work.

Kevin Barry, the senior adviser to the International Association of Bomb Technicians and Investigators 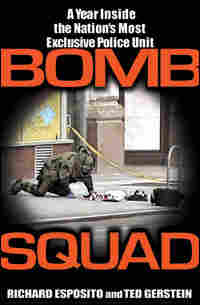 For the occasion, Paul wore an American flag tie.

"We take safety seriously. Everything was learned the hard way. Meaning someone was hurt or killed," he said.

The Hazardous Devices School compound is three hundred acres of courses, houses, booby traps, swamps, and forest. It is located in Alabama and has been the training site for bomb technicians in the United States since January 1971, when it first opened its doors on very short notice in an effort to help the US troops in Viet Nam stem the tide of injuries from booby traps and other enemy explosives.

Since then, 7,500 students have taken the basic course and 16,000 students in all have attended the school. A total of 450 bomb squads have been accredited, and every working bomb technician in the United States now shares the common experience and discipline of this standardized training. On one afternoon in 2003, a reporter participated in an introductory class that involved putting on the protective gear a bomb technician wears at the scene of a device.

These are the reporter's notes, taken as soon as he could breathe again:

Putting on the suit for the very first time, the heart begins to pound. The ice vest placed on the occupant first in an attempt to keep the body's core temperature from rising to match the heat of July in Alabama felt like it was freezing up the chest. The heavy suit at the same time starts to heat up the extremities. The air tank strapped onto the back of the suit threatens to pull the occupant backwards to the floor. Then the helmet is locked on, and the face plate pulled down, and the respirator is the only link to the outside world.

The claustrophobia, isolation and inability to understand why he had tried this exercise came into play. Now the only sound was his own heart and the scratchy noise of the respirator as he tried to breathe. He knew he was breathing too fast. He could barely hear the shouts from outside: "Are you all right in there?" He nodded. He felt dizzy. He was certain he would run out of air. Are they crazy? Who could carry this suit, an X ray, a bag of tools and maybe haul a person out of a building where one bomb has already gone off.

The next 12 minutes were to acclimate to the suit. The time was spent leaning back against a table and listening to the heart rate go down and the breathing slow down. Then came the walk through the obstacle course. A walk on a nice Alabama day with the temperature hovering near the low 100s. Inside the suit, sweat. The walk through the yard, up some steps, over a door frame and back into the training area took another 11 or 12 minutes.

Then the suit came off and there was a great gasp for air.

"That's the long walk." It was after class when Paul Carter explained the walk in the suit. He was seated at a gunmetal desk in his office just off the classroom.

"I believe it is a British term; it is where you put a bomb suit on, and you're walking downrange toward an IED. I tell my students the day... the first day they arrive, I think this is one of the few jobs where everybody is moving away from the area. And you're by yourself. 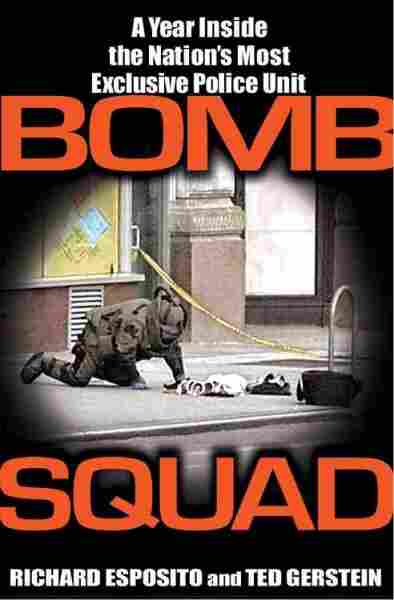 A Year Inside the Nation's Most Exclusive Police Unit

by Richard Esposito and Ted Gerstein