Accessibility links
Ray Davies: Rock Legend Rocks On Rock legend Ray Davies joins Fresh Air's Terry Gross to discuss his career with the '60s British band The Kinks, and as a solo artist. He also describes a harrowing incident in New Orleans that nearly cost him his life. 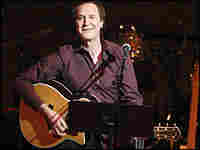 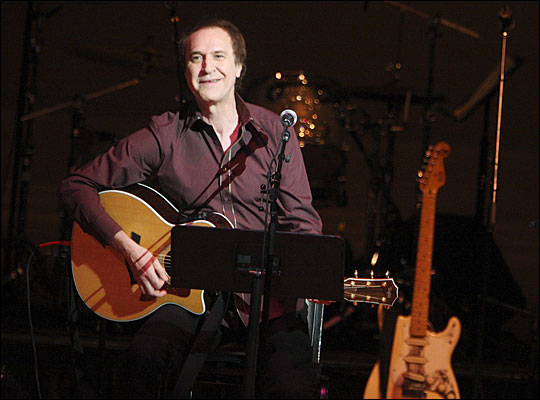 Singer and songwriter Ray Davies plays at a Carnegie Hall benefit. After leaving The Kinks, Davies has enjoyed a prolific solo career.

I wanted to find the source of the music that inspired me when I first started out. The country that made me want to pick up the guitar was America. It was American music. 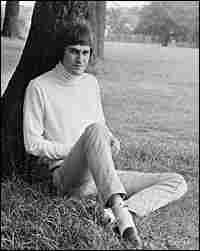 As a young man, Davies was the band leader of The Kinks, a 60s British pop-rock group. Michael Stroud, Express/Getty Images hide caption 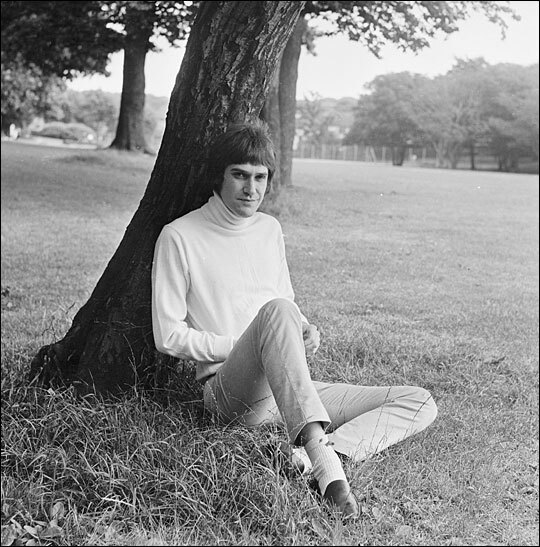 As a young man, Davies was the band leader of The Kinks, a 60s British pop-rock group.

Ray Davies, former singer/songwriter for The Kinks, joins Fresh Air's Terry Gross to talk about his career with the '60s rock band and his current solo career.

Davies' rise to fame began with the release of The Kinks song "You Really Got Me." The song was a success, but Davies says he initially struggled with his record label to record and release it.

"It wasn't, I suppose, wholesome enough for the time — something that would be palatable for the radio," he says. "Now it seems really innocent, and people say 'What's wrong with the lyric?' But for then ... there was still an element of polish about what everybody did, and The Kinks were a rough and ready outfit."

The record label eventually relented and allowed the song to be recorded. It was a huge hit, taking The Kinks to the top of the charts. Throughout the band's career, Davies says he tried to retain an R&B tone while producing pop music. On lyrics, he says he lets inspiration — rather than contemplation — be his guide.

"The secret is not to know it while you're writing it," he says. "I don't intellectualize what I write, because I think my instinct is smarter than my actual being."

In 1990, The Kinks were inducted into the Rock & Roll Hall of Fame, a welcome show of appreciation from the music industry. But the achievement didn't mark the end of Davies' music career; in fact he'd begun recording solo albums some years before.

"I wanted to find the source of the music that inspired me when I first started out," he says. "The country that made me want to pick up the guitar was America. It was American music."

Much of his inspiration came from the American South. He moved to New Orleans so as to immerse himself in the musical atmosphere.

In Louisiana in 2004, he had a harrowing experience that nearly cost him his life.

"This was a sunny afternoon," he says. "Late in the afternoon, guy came up with a gun, attacked us and stole my girlfriend's bag. And I ran after him. I just had a bad day I think and this was just the topper. ...You just never know until it happens to you I suppose, how a person reacts."

"I just didn't feel it was right to be treated that way. ... I just felt it was not right to let him get away with it. But I didn't know there was a car waiting and a driver. I nearly caught him, and he stopped at the car and just turned around and shot me."

Davies dove for cover, but took a bullet in the leg, breaking it. Davies says he eventually came to look on the incident as another incentive to continue recording — though he doesn't recommend getting shot to songwriters looking for source material.