Accessibility links
Unapologetically Harriet, the Misfit Spy Brash, disheveled and brutally honest, Harriet the Spy sees too much, says too much and never quite fits in — which is precisely why she strikes a chord with so many fans. 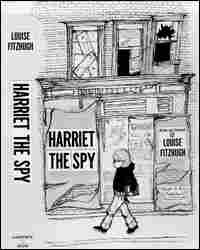 In the original cover sketch from the book, Harriet roams her Manhattan neighborhood clutching her spy notebook under her arm. Courtesy of Louise Fitzhugh hide caption 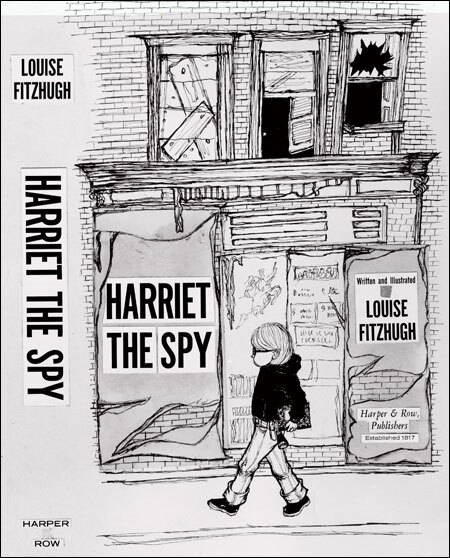 In the original cover sketch from the book, Harriet roams her Manhattan neighborhood clutching her spy notebook under her arm.

Misfit? Role Model? Weigh In on the 'In Character' Blog. 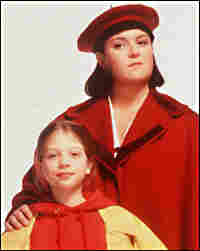 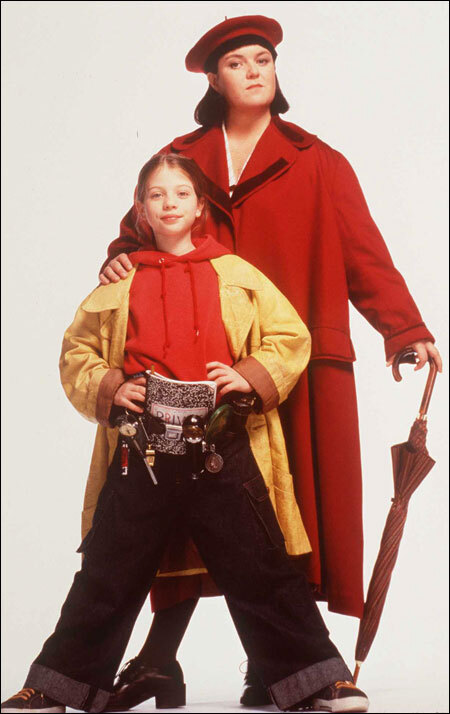 The movie version of Harriet the Spy featured Michelle Trachtenberg as Harriet and Rosie O'Donnell as Ole Golly.

In 1964, there were two girl sleuths on American bookshelves. Nancy Drew, with her sweater sets and best chums, and Harriet M. Welsch, who wrote things like this in her precious spy notebook:

"MY MOTHER IS ALWAYS SAYING PINKY WHITEHEAD'S WHOLE PROBLEM IS HIS MOTHER. DOES HIS MOTHER HATE HIM? IF I HAD HIM I'D HATE HIM."

The gulf between Harriet and Nancy shows us how children's books — and children — were changing in the 1960s. Nancy is polite, poised as a ballerina and ever eager to please. Harriet, meanwhile, is brash and disheveled — without even a hairband to keep her floppy bangs in place. And she's full of herself:

"WHEN I GROW UP I WILL BE A SPY. I WILL BE THE BEST SPY THERE EVER WAS AND I WILL KNOW EVERYTHING. EVERYTHING."

Harriet spies, not to solve mysteries, but for the sheer delinquent joy of it. She suits up in a spy uniform of jeans and a sweatshirt, a tool belt with a leather pouch for her notebook and black glasses without lenses, and peers into the windows of her neighbors on the Upper East Side of Manhattan. Then she writes about them — with brutal honesty — in big block letters in the notebook she carries wherever she goes. If we could read over her shoulder, we'd see this item about the Robinsons, a wealthy couple who never seem to get out of their chairs:

"IF THEY HAD A BABY IT WOULD LAUGH ALL THE TIME AT THEM, SO IT'S A GOOD THING THEY DON'T. ALSO IT MIGHT NOT BE PERFECT, AND THEN THEY MIGHT KILL IT. I'M GLAD I'M NOT PERFECT."

Harriet the Spy was controversial when it came out in the 60s, says Anita Silvey, author of 100 Best Books for Children, in part because Harriet was a very flawed character. Some critics hated the book, and some schools even banned it. Harriet saw too much, said too much. She even threw temper tantrums and had to visit a psychiatrist. But Silvey says that that's all part of Harriet's charm.

"When you read it from the point of view of a child you see immediately that Harriet is just pretty exciting," says Silvey. "She's a young woman with a really great sense of herself. She even says, 'I love myself.'"

And young readers loved Harriet. In the 1960s and 70s, young girls formed Harriet the Spy clubs. They dressed up like her and spied on their parents.

These days, girls can read books about all kinds of kids, facing all kinds of real problems. But back in the 1960s, when Kathleen Horning, the director of the Cooperative Children's Book Center at the University of Wisconsin in Madison, was growing up, the pickings were slimmer.

"There was a whole genre called the 'tomboy story' where a girl rebels in that way, but at the end everything is wonderful because she really is a girl and she gets very feminine," remembers Horning.

Horning says she was a tomboy who didn't want to reform. Later on, she realized she was a lesbian. What does that have to do with Harriet the Spy? A lot, says Horning. The book's author Louise Fitzhugh, was also gay, and although Harriet's sexuality is never touched on in the book, her boy's clothes and bravado sent a message to some kids who felt different and didn't know why.

"I have talked to so many adult lesbians who felt the same way about Harriet," Horning says. "Particularly if you were growing up in the sixties when you really didn't have any other people like you, Harriet was it. What the book told us is that we could be ourselves and survive."

Silvey says for any child struggling with any kind of difference, Harriet is a liberator.

"She gives us permission not to be one of those bridge players sitting around the table acting like your mom. That's a pretty powerful message to deliver in any decade," says Silvey.

Midway through the book, when her beloved nanny Ole Golly moves away, Harriet feels lonely for the first time and starts to see the world with a more compassionate eye. She writes this in her notebook about one neighbor, after the health department confiscates his 26 cats:

"I'LL NEVER FORGET THAT FACE AS LONG AS I LIVE. DOES EVERYBODY LOOK THAT WAY WHEN THEY HAVE LOST SOMETHING? I DON'T MEAN LIKE LOSING A FLASHLIGHT. DO PEOPLE LOOK LIKE THAT WHEN THEY HAVE ... LOST?"

And then Harriet loses the worst thing imaginable: Her spy notebook. Her classmates steal it and ostracize her after reading the mean things she's written about them.

But then Harriet gets a letter from Ole Golly, the wise nanny who moved away, who tells Harriet something that all children need to learn: Sometimes, you have to lie. Otherwise you'll lose a friend.

"Little lies that make people feel better are not bad, like thanking someone for a meal they made even if you hated it. But to yourself, you must always tell the truth," writes Ole Golly.

Eventually, Harriet does apologize to her classmates, even though she may still believe the things she wrote about them.

"She doesn't become not Harriet at the end. She just becomes a little wiser. She learns that she can tell a lie so that she makes social situations a little easier," says Silvey.

At the end of the book, Harriet plans to keep spying and writing. Silvey says by staying the same, Harriet helped change children's books. A new crop of young rebels came along after Harriet, characters who were flawed or didn't fit in, and who stayed that way to the very last page. 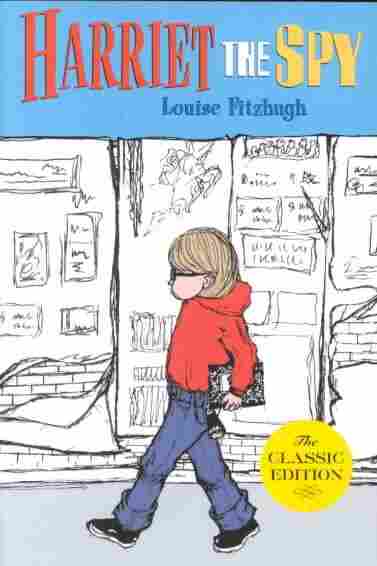