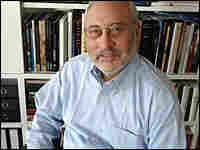 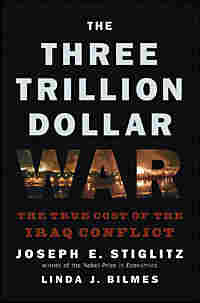 The major factors driving up war costs go beyond the number of troops deployed or the operating pace or "optempo" of the war. Since 2004, the average number of military personnel deployed to the region in a given period has grown by 15 percent—but the costs have rocketed by 130 percent. Similarly, the intensity of operations is estimated to have risen by 65 percent during the period—half the rate of cost increases.

Three major factors are behind these ballooning costs. One, of course, is the rising cost of personnel—both U.S. servicemen and women and military contractors. Even though the average number of service members deployed has risen only slightly, the cost per troop has increased considerably. Recruitment, combat pay, hardship benefits, and reenlistment bonuses have all been jacked up (reenlistment bonuses can reach $150,000). The Army has relied to an unprecedented extent on Reservists and the National Guard, who must be paid a full salary plus combat pay and other benefits once on active duty rather than a stipend for one weekend per month. While we allocate the costs of Reserves and National Guard between Iraq and Afghanistan largely to the extent that they were deployed and injured in the different theaters, in a sense, the vast majority of these costs should be attributed to Iraq. Had we not gone to war in Iraq, we would have been able to rely on our standing military to a much larger extent. Just the 82,800 to 142,000 active duty troops stationed in Iraq between May 2003 and January 2005, had they been assigned to Afghanistan, would have obviated most of the need to call up the Reserves and National Guard. If we include the thousands of troops that helped support them, the need would have been even less. On the benefit side, there may be a debate on the extent to which the Iraq war's diversion of attention from Afghanistan has contributed to the failures there; but on the cost side, there is no question: It was the Iraq war, following on the Afghanistan war, which put the stresses on the military that have driven up costs in so many ways.

The growing use of contractors in Iraq and Afghanistan doing everything from cooking and cleaning to servicing weapons systems and protecting U.S. diplomats has increased operational expenses far more than if we had relied solely on the Army. A 2006 survey by the Department of Defense's Central Command showed that the United States is employing more than 100,000 private contractors; this number represents a tenfold increase over the use of contractors during the Gulf War in 1991. Given our failure to increase the size of the military, the United States cannot operate without them. For the most part, these people work side by side with U.S. troops and share the risks and hardship. An estimated 1,000 contractors have been killed since 2003.

The invasion of Iraq opened up new opportunities for private military security firms. The State Department alone spent more than $4 billion on security guards in 2007—up from $1 billion three years ago. Blackwater Security got an initial toehold in 2003 with a $27 million no-bid contract to guard L. Paul Bremer III, the administrator of the Coalition Provisional Authority (the U.S. occupational authority in Baghdad). That contract was expanded to $100 million a year later. By 2007, it held a $1.2 billion contract for Iraq and employed 845 private security contractors.

Worse, the military has been competing against itself: the high pay for the contractors is one of the factors forcing the Army to offer ever higher bonuses for reenlisting. Soldiers, as their tour of duty comes to an end, can go to work for contractors at much higher wages. Despite huge increases in reenlistment pay, the military is losing some of its most experienced personnel to the private contracting firms.

Many have questioned the wisdom of such reliance on private contractors instead of strengthening the core military force, but not just because of the higher costs. Not only were these contractors more expensive than troops; they were not subject to military discipline or supervision. Of course, most contractors are hardworking, honest people, performing under difficult conditions. But the brutality of a few has become legendary and has inflamed the conflict.

The use of contractors is, in essence, a partial privatization of the armed forces. Yet there are good reasons why countries do not privatize their military. It makes sense for governments to privatize steel mills; or even to privatize natural monopolies like electricity or gas, provided adequate regulatory frameworks are implemented to make sure that these monopolies do not use their market power to overcharge consumers. It does not make sense to privatize the military. Proponents of privatization often argue that it encourages customer responsiveness. Steel companies can enhance their profits by offering products that are more to the liking of their customers, of higher quality and greater reliability. For the most part, those who interact with military contractors do not do so voluntarily; there is no market where they can choose to be interrogated by a contractor from the United States, or by some other provider. Indeed, the incentives are perverse. The incentives of the contractor are to minimize his costs, and those incentives do not take into account the nation's broad range of public objectives.

The extensive use of contractors raised still another problem: the potential for profiteering and corruption is high. Allegations of overpayments to Halliburton, the defense contractor formerly headed by Vice President Dick Cheney, are well known, but this is the tip of the iceberg.

These problems in turn reflect more fundamental deficiencies in the contracting arrangements, both in how they are awarded in the first place, and how they are supervised after they have been awarded.

The irregularities in the award system are not just an accident. As a matter of good government policy—to encourage competition and to get the best deal possible for taxpayers—most contracts should be tendered through competitive bidding. But the Bush administration has often chosen to short-circuit this process by using "sole source bidding," claiming that there is a need to act expeditiously, without waiting for the competitive process to work. Even worse, many of these contracts are "cost-plus" contracts—the contractor gets reimbursed for everything he spends, and gets a profit margin on top (providing perverse incentives—the more that is spent, the greater the profit). An argument for sole sourcing can be made at the beginning of an unexpected war. Giving out a multiyear contract, as was done for Halliburton, went well beyond what was necessary.

A damning example is the fate of the huge sum of $18.4 billion in reconstruction funding—for the rebuilding of civilian projects in Iraq such as schools, hospitals, electrical grids, and roads—that Congress approved in the summer of 2003. President Bush had fought hard for the money, telling a reluctant Congress that restoring basic services was essential to the U.S. strategy.37 Congress wanted to make sure that the money went directly to firms that could help create jobs in Iraq. After much debate, it enacted the reconstruction bill on condition that the contracts must be awarded through competitive bids, unless the Secretary of Defense (or Secretary of State in the case of a State Department contract) certified in writing that sole sourcing was required. This created a standoff between Secretary Rumsfeld—who wanted to award the contracts to the usual big defense contractor firms without competition, but refused to send a letter to the committee chairman—and the Congress. The result was that one year later, only $1 billion had been spent. As we shall see, most of the money was later siphoned off into military activities or never spent at all.

Bad contracting procedures were followed by inadequate supervision—which, for obvious reasons, can be particularly costly in cost-plus contracts. There simply were not enough personnel to provide adequate oversight. The State Department has only seventeen people in its contract compliance department to oversee $4 billion worth of contractors. The Department of Defense (DOD) is in even worse shape, having failed to invest in its acquisition and procurement workforce for many years. Between 1998 and 2004 the DOD's total spending on contracting increased by 105 percent, while the number of people it employed to award and supervise contracts declined by 25 percent.

No wonder then that reports of contracting irregularities are so numerous, including $10 billion in questionable bills reported by the Defense Contract Audit Agency.39 Another $8.8 billion from the Development Fund for Iraq disappeared under the lax financial controls of the Coalition Provisional Authority.

In America, corruption takes on a more nuanced form than it does elsewhere. Payoffs typically do not take the form of direct bribes, but of campaign contributions to both parties. From 1998 to 2003, Halliburton's contributions to the Republican Party totaled $1,146,248, and $55,650 went to the Democratic Party. Halliburton received at least $19.3 billion in lucrative single-source contracts.

Excess costs to the government are reflected in excess profits to the defense contractors, who have been (along with the oil companies) the only real winners in this war. Halliburton's stock price has increased—by 229 percent since the war began, exceeding even the gains by other defense firms, such as General Dynamics (134 percent), Raytheon (117 percent), Lockheed Martin (105 percent), and Northrop Grumman (78 percent).

The rising price of fuel is a second reason that costs have increased so much. A modern army runs not just on its stomach but also on fuel oil. The world price of oil has risen from around $25 per barrel when the war started to close to $100 as this book goes to press. The price of fuel delivered to Iraq has risen even faster, driven by heavy transport costs from long and dangerous supply lines.

The third, and perhaps most significant, reason for the spiraling costs of war is the growing need to pay for a general "reset" of equipment and weaponry as the stock of military equipment wears out and the length of the campaign forces the Pentagon to make equipment purchases that it initially chose to ignore.43 A glaring example is the mine-resistant ambush-protected (MRAP) armored vehicles, which have a V-shaped hull that puts the crew more than three feet off the ground and are designed to withstand the underbelly bombs that cripple the lower-riding Humvees. The Marines discovered the superiority of MRAPs in 2003 and started making urgent requests for them in early 2005. It was not until 2006, when Secretary of Defense Robert M. Gates took over, that the Pentagon made the decision to replace its fleet of 18,000 Humvees with the better technology. Meanwhile, improvised explosive devices (IEDs) have accounted for more than 1,500 U.S. fatalities.

In addition, monthly costs have risen due to the cost of training and equipping Afghan and Iraqi security forces. We have spent more than $30 billion on training indigenous forces in both countries since 2004, a cost that was not anticipated in the original estimates of the war.

Fundamentally, costs have accelerated in Iraq because resources were skimped at the start of the war and the campaign has gone badly. Had the Defense Department heeded former Secretary of State Colin Powell's doctrine of "overwhelming force," it would have used more troops and spent more money at the outset, but the insurgency might have rapidly been brought under control and the war brought to an earlier conclusion. Now, after five years of fighting and an estimated 19,000 Iraqi insurgents dead, there are more insurgents than at the outset, and more enemies of the United States throughout the Middle East. 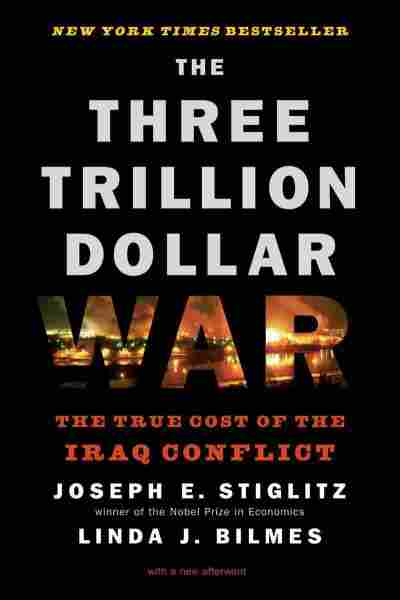 The True Cost of the Iraq Conflict