Accessibility links
Constructing Life Creates Questions of Ethics Scientists are getting closer to creating artificial life in the lab. But is society ready for custom-made organisms? Synthetic biology has the potential to dramatically change fields from agriculture to medicine to zoology. But what protections need to be in place as research proceeds?

Scientists are getting closer to creating artificial life in the lab. But is society ready for custom-made organisms? Synthetic biology has the potential to dramatically change fields from agriculture to medicine to zoology. But how will society cope with the ability for a lone researcher to — for example — build a polio virus from scratch in a private lab?

Paul Rabinow, author of Making PCR: A Story of Biotechnology, and Drew Endy, an MIT professor of biological engineering, talk with guest host Joe Palca about the promise and potential perils of synthetic biology. What protections need to be in place as research proceeds? 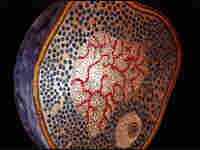 Mycoplasma is the smallest living cell, which is why scientists chose it as the first bacterium to build from scratch. Here, an artist's conception of Mycoplasma. Yale Joel/Time Life Pictures/Getty Images hide caption 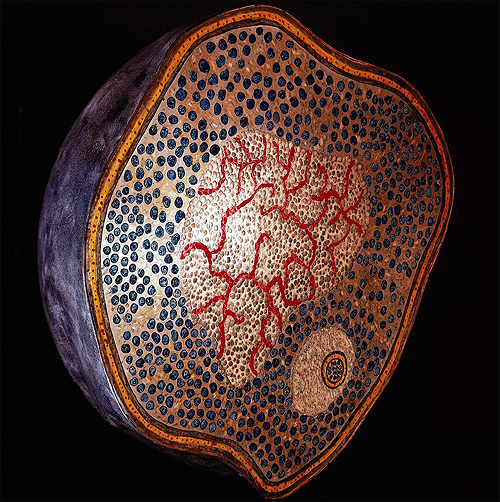 Mycoplasma is the smallest living cell, which is why scientists chose it as the first bacterium to build from scratch. Here, an artist's conception of Mycoplasma. Scientists have created from scratch the chromosome for Mycoplasma genitalium, which causes infections in the urinary tract.

Scientists say they have reached an important milestone in a quest to build a life-form from scratch. They have synthesized a bacterium's entire chromosome from its chemical building blocks.

This effort is part of a whole new field that's starting up, called synthetic biology. The idea is to take biotechnology to the next level, not just by moving genes around, but by building biological machinery from scratch.

Scientists have already assembled virus genomes from chemical building blocks. Now they're on to bacteria.

A research team at the J. Craig Venter Institute outside Washington, D.C., has set its sights on a bacterium called Mycoplasma genitalium.

This simple organism has just a few hundred genes to begin with, and a complete genetic code that's about half a million letters long — more than a thousand times smaller than a human's.

Venter says the idea was to synthesize this genome by assembling those half-million letters in gene-making machines.

"This entire process started with four bottles of chemicals, containing what's represented by A, C, T and G," he said, referring to the chemical building blocks of DNA.

Gene machines churned out 101 relatively small snippets of DNA, each representing about 1 percent of the genetic code of this bacterium.

Venter's colleagues then put those snippets in bacteria, which multiplied like crazy and served as a copy machine for those pieces.

Then gradually, using bacteria and finally yeast cells, they stitched together those 101 pieces in the correct order. They then read back the genetic code to make sure they had made a true copy of the natural chromosome.

They reported that success Thursday in the online edition of Science magazine.

But there's a big hurdle ahead. They have not yet been able to put this chromosome into a cell and get the cell to use that genetic information to start functioning and reproducing.

"There are multiple barriers for this," Venter said. "It's not just a slam dunk or we would be announcing it today."

But his lab has some ideas about how to do this. Venter says he would be surprised and disappointed if he can't succeed sometime this year.

Venter has quite an impressive track record in science. Most famously, he was instrumental in the effort to sequence the human genome.

Eventually, Venter wants to use this method to create radical new versions of this bacterium, so he can ultimately understand how its genes all work. If the Venter lab can do that, they can then start to build radically different organisms from the ground up.

"We could enter into a new design phase of biology, by actually constructing chromosomes of a more specific nature for a more specific purpose," he said in a telephone news briefing.

Venter's lab, like others, is focusing now on "designer bacteria" that can help combat global warming, by creating more environmentally friendly fuels from plant material.

George Church, at Harvard Medical School, is also interested in engineering bacteria that can do this. But he's not convinced you need to build them from scratch.

"In fact, most of the proposals on the table involve somewhere less than a hundred changes" in a bacteria's genes, he said. And individual changes to the bacteria's genes are not too tough.

Church sees a great deal of potential in synthetic biology. But he says that technologies also have risks, so we need to be sure this one doesn't end up being used for nefarious purposes, such as engineering more deadly viruses.