Accessibility links
Tammy Hall on Piano Jazz From her earliest musical experiences, pianist Tammy Hall immersed herself in jazz, gospel, and classical music. Now, she has become one of the San Francisco Bay Area's most in-demand musicians. Hear an interview and performance. 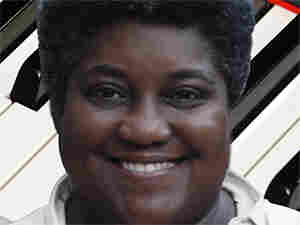 Pianist Tammy Hall hails from Dallas, Tex. Her mother, a budding concert pianist, died when Hall was only a year old, so her upbringing was left to both sets of grandparents. From an early age, Hall displayed an interest in the piano — she began playing at age 4, and her grandparents eventually decided to provide her with classical lessons.

Hall was soon playing piano and organ at Mount Moriah Missionary Baptist Church, as well as for the junior choir at her elementary school. Her talents earned her a scholarship to Dallas' prestigious college prep school for girls, the Hockaday School, where she continued her classical piano studies. One of her music teachers there was a jazz player, and the two would improvise together after school.

In 1979, Hall accepted a music scholarship at Mills College in Oakland. Taking in jazz and blues shows in the San Francisco Bay Area, Hall became increasingly enthralled with jazz. She left Mills after two years to pursue music full-time. In 1987, she moved to Brussels and spent two years playing club dates and festivals around Europe. She returned to the Bay Area and became the accompanist of choice for blues, cabaret, and jazz vocalists on the scene. For close to 15 years, Hall balanced a day job at a law firm with jazz gigs at night.

In addition to her solo work, her accompanying gigs, and working with the Montclair Women's Big Band, Hall devotes her time and musical talents to an assortment of charities in the Bay Area, including the Tenderloin AIDS Resource Center and the Children's Hospital of Oakland's Miracle Network. Her latest album, Rejuve, was produced in association with the Greater San Francisco Bay Area Chapter of the Leukemia and Lymphoma Society and The Elfenworks Foundation.