Accessibility links
Rivera Takes on Anti-Immigrant Fervor in 'His Panic' The hostility by some anti-immigrant activists against Hispanics is no different from that directed against earlier generations of Irish, Italian and Jewish immigrants, Geraldo Rivera says. The TV host takes on the subject in his new book, His Panic.

Listen
Rivera Takes on Anti-Immigrant Fervor in 'His Panic' 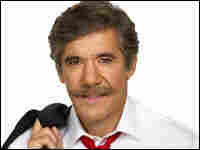 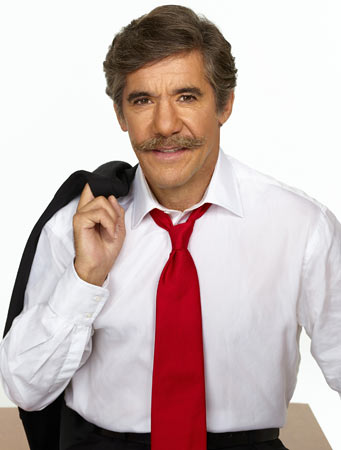 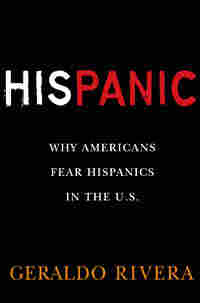 The Threat to the Two-Party System

"The reason Cubans continue to come here—and let's face it, the Cubans are not nearly so desperate as the Haitians—is because they know that if they make it to the beach, chances are that they'll be allowed to stay." --Wayne Smith, Senior Fellow, Center for International Policy and former head U.S. Interests Section in Havana, quoted in Fort Lauderdale Sun-Sentinel, September 21, 2000.

"Any Latino who votes for a Republican is an Uncle Tom." --Legendary music performer Carlos Santana to author, Washington D.C., June 1999.

As a veteran high-seas sailor, there is nothing as terrifying to me as a shark feeding frenzy. Having stood on the deck of my sailboat in the South Pacific and the Bahamas and watched the killing machines tearing apart man-sized tuna, I shudder to imagine the hellish scene before dawn one Friday morning in May 2007 when a rickety, twenty-five foot boat was struck by a sudden squall near the Turks and Caicos Islands. The vessel was grossly overloaded, jammed with 150 Haitian migrants. As passengers panicked by the choppy seas started pushing and shoving each other, the vessel capsized in shark-infested waters.

In the terror that followed, it was every man for himself with the strong surviving the frenzy by kicking, clawing and clinging to wreckage at the expense of the weak. In the frenzied two hours it took the Coast Guard and other rescuers to arrive, most of the migrants were killed, including scores of women and little children, some found half eaten, with arms and legs missing. Others were plucked from the grisly soup, some bloody and injured, but extremely lucky to be alive. 69 of the 78 survivors were men. Just nine females made it safely ashore and almost none of the survivors were children.

The worst Haitian refugee disaster in years, this horrible accident reminded me of the vast disparity that exists between the treatment received by illegal refugees from Haiti and neighboring Cuba. It is as vast as the geographic distance between the neighboring Caribbean island nations is small. Haiti and Cuba are separated by only the fifty miles of the Windward Passage. But like the Negro slavery that accompanied the Anglo conquest of Texas in 1836 and is barely mentioned in the "Remember the Alamo" legend, the fundamentally discriminatory character of our immigration policy toward these island neighbors is not much talked about in either Miami or Washington. It is undeniable that all refugees are not created equal.

A Cuban who touches America's shores has a reasonable expectation of remaining in the United States. Haitians and all other "boat people" are routinely detained and their removal back to Haiti or other country of origin expedited. And even though then presidential candidate Bill Clinton condemned the first Bush Administration for a "cruel policy of returning Haitian refugees to a brutal dictatorship," neither he nor his successor George W. Bush lifted a finger to change the policy. Clinton's lame explanation was that he didn't want to start a stampede of refugees from Haiti by seeming to encourage them to rush willy-nilly to America.

After his administration played the central role in having Elian Gonzalez sent home, Clinton was probably also afraid to anger the Cuban community any more than he already had. He probably made the calculation that whatever segment of the Haitian-American community was eligible to vote was going to vote Democrat whether he really helped them out or not. President Bush 43 at least has been blunt and public about directing the Immigration and Naturalization Service not to allow Haitians even to be released from detention pending the outcome of their removal hearings, i.e., no bail.

Which brings me back to my Cuban cousins, most of whom have been here only since the Castro convulsion of 1959, but who nevertheless in the election of 2000 proved to be among America's most cohesive, motivated and united voting blocs. Given the crucial role Florida's electoral votes played in Bush v. Gore, the Cuban-Americans almost single-handedly gave George Bush the state and, by extension, the presidency.

Why do you think the majority of at least those Cuban-Americans living in the Sunshine State, alone among U.S. Latinos, has been solidly Republican, while the majority of every other Hispanic group is heavily Democratic? Like Dominicans, Puerto Ricans, Mexicans, Venezuelans and every other sub-division within the Latino community, Cubans tend to be more socially conservative than Anglos on issues of faith like abortion and gay marriage. By the same token, Hispanics all tend to be similarly hard working, church going and traditional as opposed to secular and progressive. Nor can social class or economic status explain the phenomenon. While the initial wave of Cuban immigrants was made up of the cream of island society and was presumably more inclined to be attracted to the pro-business party, by the time of the 1980 Mariel boatlift, the refugees no longer fit the GOP stereotype.

Isn't it reasonable to assume then, that the relatively gracious way Cubans are treated when they enter this country without proper documentation, as opposed to how their immigrant cousins from other nations are treated is one factor in their subsequent choice of political affiliation? Or perhaps is it the converse, that they are treated more leniently because once they get to Florida they tend to rally behind elected officials and a largely Republican political establishment?

Of course, America's unique and continuingly bitter mini-Cold War with Castro and communist Cuba affects all policy toward the community, immigrant and otherwise. Some of the enduring loyalty to the GOP, particularly among the older Cuban exiles, still dates back to Ronald Reagan's landmark 1983 visit to Miami's Little Havana when the Great Communicator thrilled particularly the old timers by crying, "Cuba si, Castro no!" (Campaigning in Miami in March 2007, presidential candidate Mitt Romney tried to borrow a page from the Gipper's handbook, but he screwed up the Spanish and ended up quoting Castro instead of condemning him.)

The fact that the only Hispanic group treated humanely on the issue of immigration is also the only Hispanic group that favors the Republicans is not insignificant. And even here, the glow from long-ago Reagan may not be enough to salvage the GOP, even in South Florida. At the time of the Romney gaffe, the Associated Press opined that drinking, "Café con leche and shouting 'Viva Cuba libre!' may no longer guarantee votes in a community that has moved from the margins of society to the professional and political mainstream."

No political party can prevail nationally on Anglo votes alone, so the long-term danger to Republicans is that their party is sending a message to Latinos that it doesn't want us. "There has been too much of an anti-immigration tone," Rep. Lincoln Diaz-Belart, one of the three South Florida Republican congressmen told USA Today. "When people start to perceive that immigrants are being put in the same category as a threat to national security, it's hard to get your message across."

Which brings me to the GOP's stinging defeat in the 2006 elections and the prospect for 2008 for the party that deserted its own President's immigration reform legislation and is now attempting to whip its base into frenzy on the backs of illegal aliens. Two June 2007 polls showed an overwhelming number of Hispanics now identify themselves as Democrats—58% according to a USA Today/Gallup poll and 51% according to one conducted by NBC News and The Wall Street Journal. The same polls showed Hispanics identifying as Republican at 20% and 21% respectively.

The Republicans have by their actions on immigration reform put themselves on the wrong side of history and an inevitable demographic trend that could cost them dearly in future elections. What is surprising, given their usually superb political instincts in the Karl Rove era, is that the mistake was avoidable, because the statistics quoted above represent a sea change in the Hispanic community, which had been going the Republicans' way.

Excerpted from His Panic: Why Americans Fear Hispanics in the U.S. by Geraldo Rivera. Published by Celebra Books, an imprint of Penguin Group (USA) 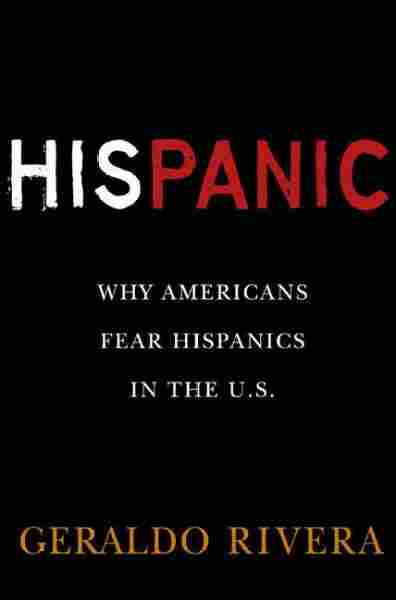 Why Americans Fear Hispanics in the U.S.