Accessibility links
Three Writers Are Drawn by the Allure of Comics Comic books — or, in more highbrow parlance, graphic novelizations — are nudging their way onto the shelves of bookstores and the pages of literary magazines. And writers such as Joss Whedon and Jodi Picoult are trying their hand at the genre.

Listen
Three Writers Are Drawn by the Allure of Comics 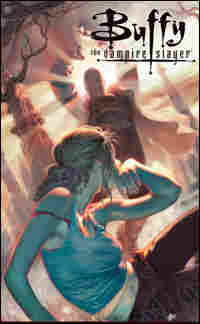 Get a comic-book recommendation and share your comments at John Ridley's "Visible Man" blog. hide caption 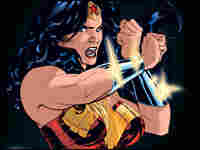 Jodi Picoult campaigned for an updated, less busty look for Wonder Woman — to no avail. "I tried very, very hard to cover her up or give her a jacket," says Picoult, "but nobody at DC [Comics] would let me." Courtesy of DC Comics hide caption 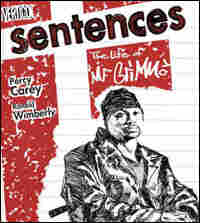 As comic books — or, in more highbrow parlance, graphic novelizations — nudge their way onto the shelves of bookstores and the pages of literary magazines, some well-known writers are trying their hand at the genre. Pop-culture icon Joss Whedon, best-selling novelist Jodi Picoult and rapper Percy Carey are among those feeling the lure of comics.

Plumbing the Depths of Story

Of the three, perhaps the attraction to graphic novels was most natural for Joss Whedon, creator of the TV series Buffy the Vampire Slayer and Angel.

As the son of the lead writer for The Electric Company, Whedon developed a fascination with comics at an early age, when his father brought home a stack of Marvel comics. He was hooked immediately.

Despite his interest in comics, Whedon hadn't considered the possibility of extending Buffy in graphic-novel form until Dark Horse Comics called just as the series was finishing its run.

"It kind of fell into my lap," Whedon says of Buffy's transition from screen to page.

Whedon says Dark Horse allowed him to "plumb the depths" of the Buffy story in a new genre, and also introduced him to what he calls "a different kind of fandom."

"They care much more about two-dimensional people than they do about three-dimensional [ones]," he says of his comic fans. "You can evoke ire that you've never dreamed of in TV."

A Novelist Learns the Art of Comics

For author Jodi Picoult, it was a story within her novel The Tenth Circle that opened the door to comic-book writing. Part of that book was written in the form of a graphic novel, and the approach caught the eye of editors at DC Comics. They contacted Picoult about writing several issues of the recently relaunched Wonder Woman series. It was an opportunity Picoult nearly passed on.

"I got this e-mail from an editor at DC, and I remember thinking, 'That's really nice but I don't have any time,'" says Picoult. "I went downstairs to have dinner with my family and I was telling my kids that I'd gotten this e-mail and my three kids just looked at me and said 'Mom, you totally have to write Wonder Woman.'"

But, as Picoult learned, writing in the sequential art form required a different set of skills from the ones she had honed as a novelist.

"I almost have to [write] more like I imagine a director would than a novelist," says Picoult. "That visualization of how the words are going to play out on the page and where ... the camera angle would swoop in to the scene. That was really foreign to me."

Despite the differences in the writing process, Picoult sees a direct parallel between the graphic novel and other forms of literature:

"In all the years that I've been writing — 15 years now — there's only one genre that's really debuted in The New York Times Book Review, and that's the graphic novel," says Picoult. "And that tells me that someone's taking them really seriously as a form of literature."

For Percy Carey, who raps under the stage name MF Grimm, writing graphic novels meant not just learning to speak a new language, but also appreciating the value of the story he was telling. While Whedon and Picoult were dealing with the fantastic, Carey's graphic novel, Sentences, is an autobiographical account of the shooting that left him paralyzed and confined to a wheelchair.

The idea that he could tell his story as a graphic novel came to him after he discovered American Splendor, a series of comics based on author Harvey Pekar's life.

"Once I came across American Splendor, it convinced me that I wanted to take a chance and step in the medium of graphic novels. I just have a lot of respect for the form," says Carey.

"I realized that if I tell my story appropriately, maybe I could save the lives of others that might feel that certain things are cool or there's no repercussion behind certain actions." 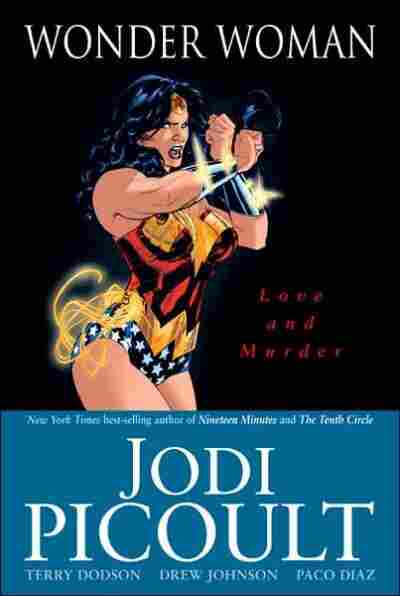 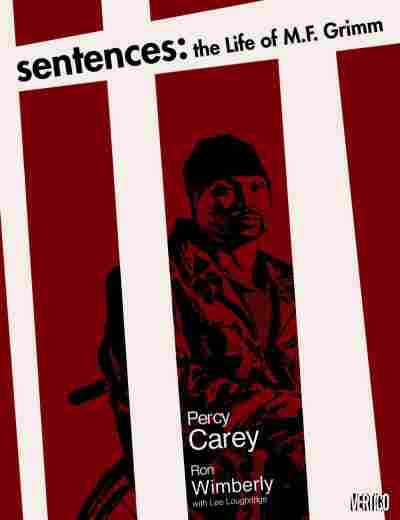 The Life of M.F. Grimm

by Percy Carey and Ronald Wimberly