Accessibility links
Americans Using Less Gasoline For the first time in years, people in America are buying a little less gasoline. Analysts say it may be a sign that high prices and a slowing economy are beginning to change people's driving habits. So far in 2008, consumption has fallen about half a percent. 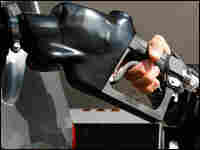 So far in 2008, gasoline consumption has fallen about half a percent. Justin Sullivan/Getty Images hide caption 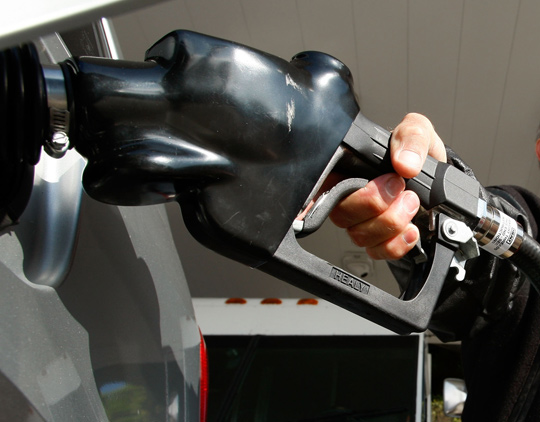 So far in 2008, gasoline consumption has fallen about half a percent.

For the first time in years, people are buying a little less gasoline in America. Analysts say it may be a sign that high prices and a slowing economy are beginning to change people's driving habits.

Since the beginning of this year, gasoline consumption has fallen about half a percent, according to the Department of Energy.

The last time gas use fell — other than after Hurricane Katrina — was more than a decade ago. That it's falling again now suggests that high prices are finally influencing behavior. Since November, prices have averaged $3 a gallon or more. That's the longest they've ever stayed that high.

Doug MacIntyre, who has studied gas consumption at the Department of Energy since the 1980s, says he thinks people may be responding by cutting down on trips or using public transit more.

That's what Dan Barnett and Rakesh Patel are doing. Barnett and Patel are prosecutors for the state of Maryland and live near each other. Last year, they got new jobs in Baltimore and a 100-mile roundtrip commute.

At first, they drove on their own — Barnett in his Toyota minivan, Patel in his Volvo SUV. Then Patel saw what he was spending.

"I think I worked out at one point, each trip to and from Baltimore would cost me about $20 in gas," Patel says.

At that rate, they figured they would each spend up to $6,000 a year on fuel. They started carpooling.

Prices, though, kept going up.

Barnett can't afford to get rid of his minivan.

So what's Barnett going to do with all the money he's saving on gas?

Danny Campbell, filling his gas tank outside Washington, D.C., says he wants a new car, but he doesn't know who will buy his old one: It's a hulking Chrysler 300 C.

His car's fuel efficiency is so low, it pains him to talk about it.

Campbell is a real estate agent, so he drives all over. Recently, he started rearranging his appointments to cut down on the miles.

"I'm trying to consolidate more showings in one trip rather than spread them out. I'm spending, probably, $100 a week in gas," Campbell says.