Accessibility links
Child's 'One Hen' Lays Microlending Success A new children's book, One Hen, tells the story of what happens when a young boy in Ghana borrows a few coins from his village's collective fund to buy a single hen. The book is based on the story of a real man, Kwabena Darko. 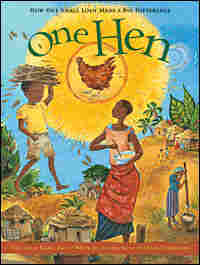 One Hen, written by Katie Smith Milway, tells the story of what happens when a boy in Ghana borrows a few coins to buy a single hen. Kids Can Press hide caption 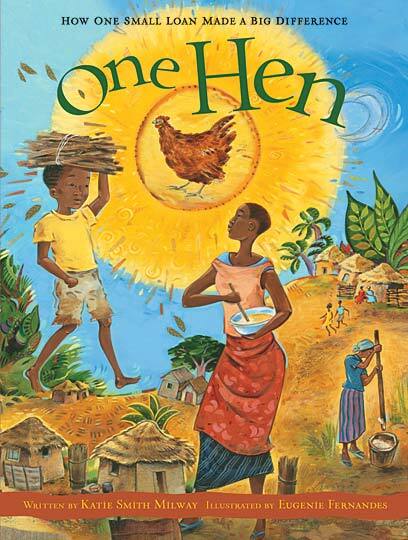 One Hen, written by Katie Smith Milway, tells the story of what happens when a boy in Ghana borrows a few coins to buy a single hen. 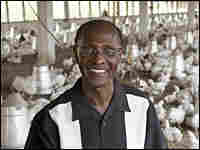 One Hen is based on the true story of Kwabena Darko, shown here at his poultry farm in Ghana's Ashanti region. Courtesy Opportunity International hide caption 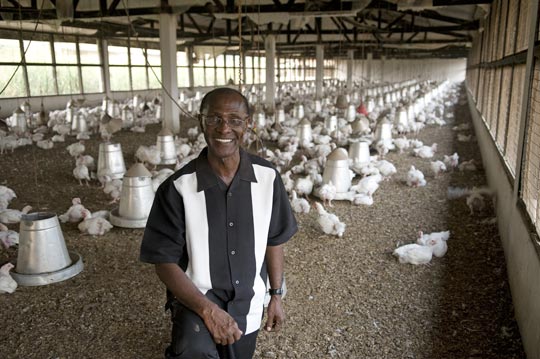 One Hen is based on the true story of Kwabena Darko, shown here at his poultry farm in Ghana's Ashanti region.

A new children's book tells the story of what happens when a young boy living in Ghana in West Africa borrows a few coins from his village's collective fund.

The boy, Kojo, has an idea: to buy one hen. He walks two hours to a chicken farm in a neighboring village, and he finds the hen he wants — plump and brown, with a bright red comb.

He buys that hen — with the hopes of selling some of the eggs she lays in order to buy more hens.

And he does buy more hens — and more and more of them.

One Hen, written by Katie Smith Milway, chronicles what evolves from that small loan and is based on the story of Kwabena Darko.

Like Kojo, Darko is from a small village in Ghana and his father died when he was young.

Darko tells Melissa Block that chickens came into his life after he read a book on chicken farming and won a scholarship to study poultry science at college in Israel.

Later, Darko worked for his stepfather on his farm; its small flock of chickens grew to 100,000 egg-laying hens. But soon, Darko decided he wanted to start his own poultry farm.

As with Kojo in the book, author Milway says the turning point for Darko came when a banker finally takes a chance and gives him a loan.

"It's a real fulcrum point in the life of any microentrepreneur, when they can go from a small loan that's given by a nongovernmental organization ... to real commercial credit. And that's one thing I loved about his story, is that he made that leap," she says.

As Kojo's farm grows, his wealth spreads throughout the community as more people gain employment, go to school and come back to ask Kojo for their own loans.

That part of the story also mirrors Darko's experience: 650 people now work at his farm and he has granted small loans to entrepreneurs such as bakers, dressmakers and traders in his own community. His repayment rate? 98 percent.

Darko says he hopes his story will inspire other children. 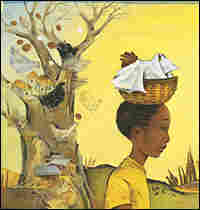 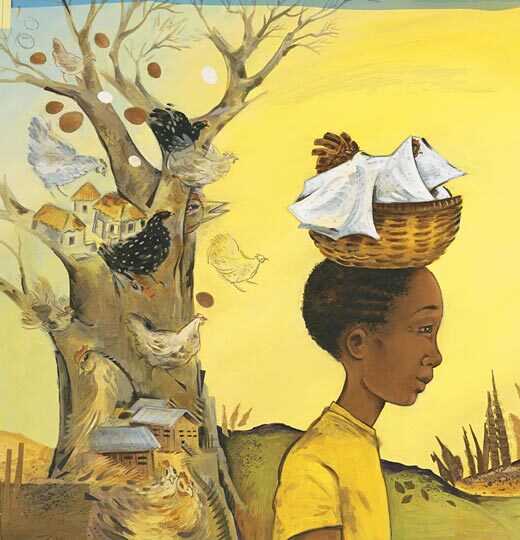 Kojo's idea is to buy a hen. He and his mother will eat some of the eggs it lays and sell the rest at the market. There is a farmer in a neighboring village with many hens, and Kojo will ask to buy one.

It takes Kojo two hours to walk to the chicken farm. By the time he arrives, he is hot and dusty. He wonders how he will know which hen to choose. There are so many!

Kojo tries to look over all the chickens. A white one pecks the ground near his foot. Should he choose this hen? A speckled one flaps her wings and clucks. Perhaps she is the one? All at once Kojo spies a plump brown hen with a bright red comb sitting in her nest and puffing out her feathers. She looks as if she would enjoy laying eggs. Now he doesn't have to think: he knows in his heart that she is the one.

Kojo pays for the brown hen and puts her in a wicker basket. He gently covers the hen with a cloth and lifts the basket onto his head. As he walks home, he dreams about the future and he sees a lot of eggs in it — eggs to eat and, if he is lucky, eggs that he can sell to buy more hens. 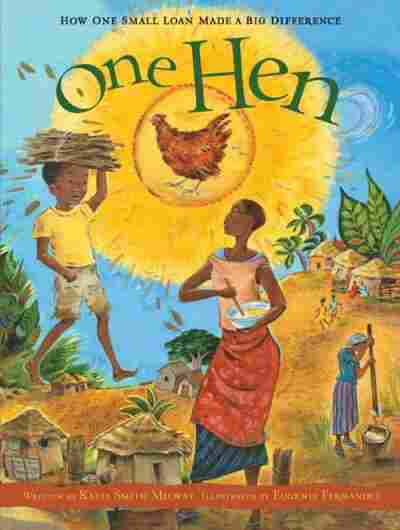 How One Small Loan Made a Big Difference