Accessibility links
Gary Louris: Once a Jayhawk, Now a 'Vagabond' Long before the breakup of The Jayhawks, band co-founder Gary Louris dreamed about releasing a solo record. Louris cut Vagabonds with musicians culled from a weekly jam session in Los Angeles.

Listen
Gary Louris: Once a Jayhawk, Now a 'Vagabond' 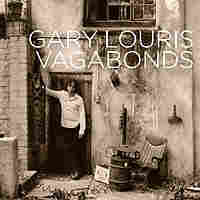 From his interview with Liane Hansen, Gary Louris performs three songs from his new record in the Minnesota Public Radio studios.

Watch Gary Louris perform 'We'll Get By' in the Minnesota Public Radio studio [produced by Rick Fuller and edited by Dan Jagunich]. 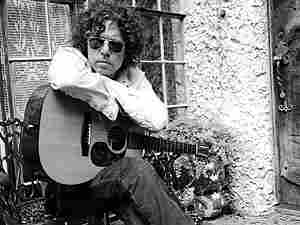 For more than two decades, Gary Louris has blended rock, country and folk music as co-founder of The Jayhawks, pioneering a style that would come to be called alt-country. Now, the singer, guitarist and songwriter has released his first solo record, Vagabonds.

"Eventually, I knew it would happen," Louris says. "Even before The Jayhawks, I always thought I'd eventually make a Gary Louris record.

"Once the band had run its course, I felt like it was time to do something new," he says. "You need to change just for the sake of change sometimes. Change is a big word this year, isn't it?"

The Jayhawks' members cut many of their records in Los Angeles, and for Vagabonds, Louris says he felt a strong urge to return.

"I got a little spoiled, because it's where all these great records of the past have been made, and the studios are old and have that sound kind of stuck in the walls," Louris says. "I didn't want to do it in my basement and layer everything myself. I wanted to be in a real studio."

Louris and his band settled in a Laurel Canyon studio, recording Vagabonds in just eight days. The record has a laid-back feel, reflecting the atmosphere in which Louris recruited his musicians.

"The band is made up out of an old-fashioned jam session that takes place every Wednesday in Laurel Canyon," Louris says. "People just show up, musicians who are traveling through, or maybe it's some guy who used to be in Electric Flag." Louris says that there was already an established vocabulary with that group of people, and out of its ranks he chose his band, which includes Adam MacDougal, keyboardist for the Black Crowes.

The first single from Vagabonds, "True Blue," has a traveling theme to it, as does the title track.

"Even if it's not physically traveling," Louris says, "maybe you're traveling in your mind; you're just searching. It's about a person who's not 21 anymore and who's looking at his life and starting to see that this is what life is and is asking, 'Why are we here?' and all those crazy big questions."

Between the end of The Jayhawks and the time he started his new record, Louris kept on writing — in his basement or wherever he happened to be — and accumulating a large catalog of songs, not all of which were good, he admits.

"Eventually, that last couple months when you know you are going into the studio, it's a little bit like the gun to the head," he says. :I had a last gasp, a creative burst of energy, and wrote a lot of the songs right before I went in."

As for not being a part of The Jayhawks any longer, Louris says he's invigorated by the change.

"I've been around, but I feel like I want to be one of those people who lay down a blueprint of doing my best work as I go along here, as opposed to peaking at age 20 or 30, then hanging on for the rest of your life. I feel like I still have a lot of things to do, and I hopefully haven't lost my sense of perspective. I'm hopefully doing some of the better things I've done, and that's my hope, to continue that way."