Accessibility links
Burglaries on the Decline in the United States Criminologists cite a number of factors for the trend, including the rise in private police forces and burglar alarms, better locks and the wide availability of cheap new electronics. As one former burglar puts it, "everybody has everything now."

Listen
Burglaries on the Decline in the United States 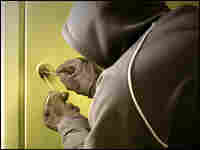 More than 2 million Americans are victims of burglary every year, but for almost 30 years, burglaries have declined. iStockphoto hide caption 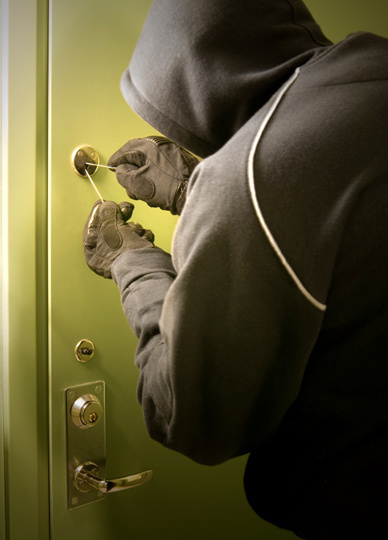 More than 2 million Americans are victims of burglary every year, but for almost 30 years, burglaries have declined.

Burglary is one of the most ordinary of crimes. More than 2 million Americans are victims of burglary every year. But underneath this common occurrence is a strange trend. For most of the past 30 years, burglaries have declined, according to the Justice Department.

During that same time, murders, rapes, assault — and just about every other crime — have peaked and plummeted with three major crime waves. Criminologists have a lot of theories why burglaries are so different. Barry Mathis exemplifies one of them.

"I was a salesman. I could sell anything," Mathis says, as he waits to see his probation officer at a city building in Washington, D.C. "Go get me some toilet paper, and I could sell it."

For almost 20 years, Mathis burglarized homes to support a drug habit. He only got caught a few times. Mathis says he stopped breaking into homes because there's just no money in it anymore.

"If you're going to do a burglary, you need to have some buyers," Mathis says. "Everybody has everything now."

Mathis says there's just too much on the street already. Everyone he knows already has a digital camera, iPod knockoffs and pirated DVDs shipped in from China.

"And if it's not new, a lot of people don't even want to fool with it," Mathis says.

Forget about last year's video games and old laptops, Mathis says. And don't even bring a VCR or boxy TV to the street.

"You can get a TV for nothing almost," he says. "People are giving them away now."

Mathis has been clean for more than five years since participating in an offender-release program. The program and the street economy may have turned Mathis' life around, but criminologists say there are other reasons behind the 30-year drop in burglaries — such as the 1 million private police and security guards at work in residential communities.

Two years ago, Steve Southworth, a private police investigator for the Wintergreen Resort in central Virginia, spent six months tracking the movements of a burglar who traveled along the Appalachian trail.

"He came in off the trail, which runs really close to Wintergreen. In the course of two days, [he] ended up breaking into four homes," Southworth says.

Southworth says he stayed in constant contact with the burglar's family and intercepted an e-mail he sent. "Through some things that were said on the Internet, we were able to zero in on him a little closer," he says.

Southworth ended up catching him in Macon, Ga. That kind of effort would have been unheard of in his former job as a county police officer just outside Richmond, Va.

"I wouldn't have had the time," Southworth says. "Here, the crime is considerably less, and it gave me time to concentrate on the case. This was the most major case at the time."

In the past, remote communities like this one were ripe for thieves. But since residents started paying for their own private officers, crime has dropped 70 percent.

Many of the residents also did something else: They installed burglar alarms. Nationwide, one in four homes now has one. The alarms and an explosion of other devices, like steel bars, stronger doors and security glass, make it more of a hassle to break into homes, criminologists say.

Even locks, the most basic anti-burglary device, have undergone major changes since the 1970s.

Locks are far more secure than they were 30 years ago, he says. They're far more intricate, he says, holding up two keys.

One, made by Assa, has a second set of cuts on the side. Another, made by Medeco, "looks like a normal key, but when you look down at the cuts, notice that it's cut at an angle. There's a 98 percent chance that says you can't pick it," Bunnag says.

The 1970s also saw the widespread introduction of the deadbolt. But the biggest change when it comes to locks, criminologists say, is that people started using them.

Of course, police say burglaries have gone down because they police better. There's no way to know whether police are preventing burglaries, but they're certainly not catching many burglars. According to the Justice Department, police solve fewer burglaries than any other crime, around one in every 10. They're more likely to catch a car thief than a burglar.

And that's something one burglar has always appreciated. In 20 years as a burglar, William Long got caught only a few times. But he never enjoyed the work.

"It's definitely no fun," he says, walking down a quiet street where he lives with his wife. "It's stressful, strenuous, tiresome."

As he walks, he still separates in his head the inviting houses from the ones he would have passed over. Skip the ones with iron gates, he says. Wood is easier than iron to break in to.

Long says he didn't care much about alarms or locks or police patrols. He says he was no cat burglar. He just looked for open doors and windows.

"If you got someone who really wants to go in something, nothing can stop him, I don't think," he says.

His biggest problem? People don't seem to keep cash in their houses anymore. Everybody uses credit cards and bank cards. Only diamonds have any real payoff, he says. But diamonds take too long to find.

Recently, Long had something stolen from him. He was devastated when a thief stole a brand new video camera from his car. It isn't the camera he misses, he says. He knows where to get a new one for just a few dollars. It's the tape inside that Long wants — because it has footage of his dying stepfather.

"They could have had the camera. Just give me that film," he says. "I want the film of that moment we had."

Asked if he ever wonders whether he took something sentimental that belonged to somebody else, he pauses for a moment.

"I never thought of it that way," Long says.

Long steps back inside his house to grab his janitor's uniform before heading to work. On his way out, he makes sure to lock his door.