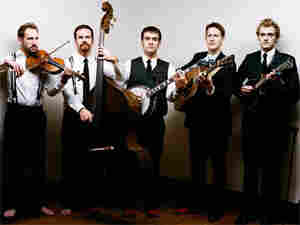 The quintet now plays to sold-out audiences across the U.S. playing selections from Punch, their latest album. It contains the 40-minute four-movement suite "The Blind Leaving the Blind," that serves as an anchor for the record. The band performed the piece in its entirety at Carnegie Hall in 2007.