Accessibility links
A Musical Residency at Hollywood's Hotel Cafe At a venue in downtown Hollywood a regular coterie of singer-songwriters rules the roost, and their community is bringing business to the small club. Now, the club is taking its musicians on an international tour and onto its own, newborn record label. 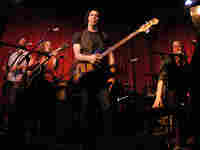 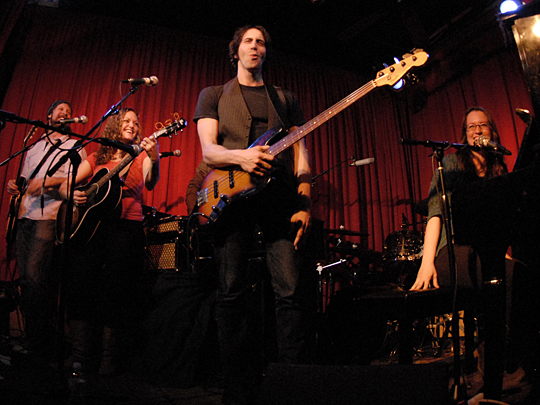 Ingrid Michaelson (right) performs with her band at the Hotel Cafe.

Music from the Hotel Cafe 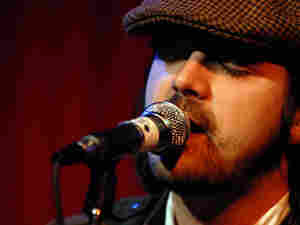 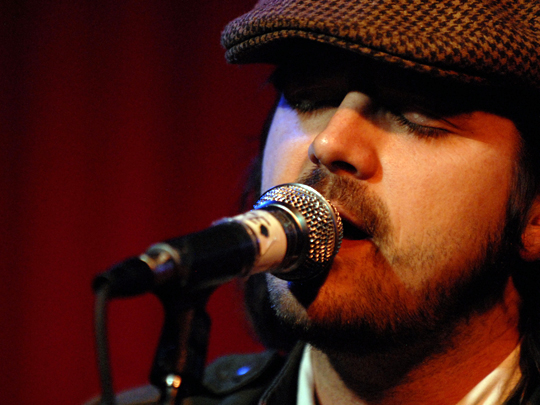 Ever since the sweet sincerity of artists like Gordon Lightfoot, John Denver and Dan Fogelberg, singer-songwriters have been vying with elevator Muzak for the distinction of least hip in the world of music.

But at the Hotel Cafe in downtown Hollywood, singer-songwriters rule the roost. And after eight years of hard work, the small club is turning the tide of hip.

Performers have to elbow their way through the Hotel Cafe crowd to climb onto the tiny stage jammed into a nook by the front window. But since the venue opened in 2000, capacity has grown from 49 to 165.

"It was beg, borrow and steal from day one, 'cause you know initially we had no booze at all, not even beer and wine, just a coffee shop," says club co-owner Max Mamikunian. "We used to charge $5 for a bucket of ice and people could bring in their own beer. And every dime we made went back into the club in some way."

Today, the small club has sent its artists out on an international tour playing much larger venues. And on a recent night, it celebrated the first release on its fledgling record label — a CD by long-time regular performer Jim Bianco. According to Mamikunian, the club's coterie of singer-songwriters has helped put the Hotel Cafe on the map, and the success of the club has, in turn, helped launch the artists' careers.