Accessibility links
Author Struggles to Stay Removed from Slave Trade With $50 and a plane ticket to Haiti, one can buy a slave. This was just one of the difficult lessons writer Benjamin Skinner learned while researching his book, A Crime So Monstrous: Face-to-Face with Modern-Day Slavery. He discusses the challenges of writing about this disturbing institution. 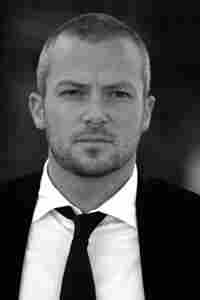 With $50 and a plane ticket to Haiti, one can buy a slave. This was just one of the difficult lessons writer Benjamin Skinner learned while researching his book, A Crime So Monstrous: Face-to-Face with Modern-Day Slavery.

Skinner met with slaves and traffickers in 12 different countries, filling in the substance around a startling fact: there are more slaves on the planet today than at any time in human history. Skinner speaks with Anthony Brooks about his experience researching slavery.

Though now illegal throughout the world, slavery is more or less the same as it was hundreds of years ago, Skinner explains. Slaves are still "those that are forced to work under threat of violence for no pay beyond sustenance."

Something disturbing has changed however — the price of a human. After adjusting for inflation, Skinner found that, "In 1850, a slave would cost roughly $30,000 to $40,000 — in other words it was like investing in a Mercedes. Today you can go to Haiti and buy a 9-year-old girl to use as a sexual and domestic slave for $50. The devaluation of human life is incredibly pronounced."

Skinner obtained this specific figure through a very hands-on process. In the fall of 2005, he visited Haiti, which has one of the highest concentrations of slaves anywhere in the world.

"I pulled up in a car and rolled down the window," he recalls. "Someone said, 'Do you want to get a person?'"

Though the country was in a time of political chaos, the street where he met the trafficker was clean and relatively quiet. A tape of the conversation reveals a calm, concise transaction. He was initially told he could get a 9-year-old sex partner/house slave for $100, but he bargained it down to $50.

"The thing that struck me more than anything afterwards was how incredibly banal the transaction was. It was as if I was negotiating on the street for a used stereo."

In the end, he agreed on the price, but told the trader not to make any moves.

"When I was talking to traffickers, I had a principle that I wouldn't pay for human life," he says.

This principle enabled him to keep a certain distance from the system, but not giving in to the temptation to free a suffering human being was an emotionally taxing struggle, he says.

"It's one thing when you are planning an effort like this, this is a work of journalism — I'm not going to interfere with my subjects. It's another thing when you are in an underground brothel in Bucharest, who has this girl with Down Syndrome, who you know is undergoing rape several times a day. When this girl is offered to me in trade for a used car ... I walk away ... it's not an easy thing to do," he says.

At one point, he did violate his principal — helping a mother free her daughter from slavery. He says he does not regret his decision, however, and continues to track her progress through a local NGO in Haiti. She's now in school, he says, and wrote him a letter over Christmas.

"When I come back to a nice loft in Brooklyn and I have to think about writing this thing — that drove me. I knew that I had to write as compelling a book as possible. This is a life-long commitment for me."

Excerpt: 'A Crime So Monstrous: Face-to-Face with Modern-Day Slavery' 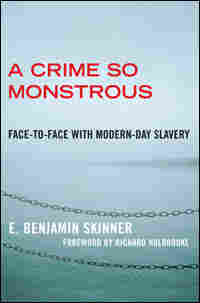 Chapter 1: The Riches of the Poor

For our purposes, let's say that the center of the moral universe is in Room S-3800 of the UN Secretariat, Manhattan. From here, you are some five hours from being able to negotiate the sale, in broad daylight, of a healthy boy or girl. Your slave will come in any color you like, as Henry Ford said, as long as it's black. Maximum age: fifteen. He or she can be used for anything. Sex or domestic labor are the most frequent uses, but it's up to you.

Before you go, let's be clear on what you are buying. A slave is a human being who is forced to work through fraud or threat of violence for no pay beyond subsistence. Agreed? Good. You may have thought you missed your chance to own a slave. Maybe you imagined that slavery died along with the 360,000 Union soldiers whose blood fertilized the Emancipation Proclamation and the Thirteenth Amendment. Perhaps you assumed that there was meaning behind the dozen international conventions banning the slave trade, or that the deaths of 30 million people in world wars had spread freedom across the globe.

But you're in luck. By our mere definition, you are living at a time when there are more slaves than at any point in history. If -you're going to buy one in five hours, however, you've really got to stop navel--gazing over things like law and the moral advance of humanity. Get a move on.

First, hail a taxi to JFK International Airport. If you choose the Queensboro Bridge to the Brooklyn--Queens Expressway, the drive should take under an hour. With no baggage, you'll speed through security in time to make a direct flight to Port au Prince, Haiti. Flying time: three hours.

The final hour is the strangest. After disembarking, you will cross the tarmac to the terminal where drummers in vodou getup and a dancing midget greet you with song. Based on Transportation Security Administration warnings posted in the departure terminal at JFK, you might expect abject chaos at Toussaint L'Ouverture Airport. Instead, you find orderly lines leading to the visa stamp, no bribes asked, a short wait for your bag, then a breeze through customs. Outside the airport, the cabbies and porters will be aggressive, but not threatening. Assuming you speak no Creole, find an English--speaking porter and offer him $20 to translate for the day.

Ask your translator to hail the most common form of transport, a tap-tap, a flatbed pickup retrofitted with benches and a brightly colored canopy. You will have to take a couple of these, but they only cost 10 gourdes (25 cents) each. Usually handpainted with signs in broken English or Creole, tap-taps often include the words my god or jesus. my god -it's my life reads one; another announces welcome to jesus. Many are ornate, featuring windshields covered in frill, doodads, and homages to such figures as Che Guevara, Ronaldinho, or reggae legend Gregory Isaacs. The -driver's navigation is based on memory, instinct. There will be no air conditioning. Earplugs are useful, as the sound system, which cost more than the rig itself, will make your chest vibrate with the beats of Haitian pop and American hip-hop. Up to twenty people may accompany you: five square inches on a wooden bench will miraculously accommodate a woman with a posterior the size of a tractor tire. Prepare your spine.

You'll want to head up Route de Delmas toward the suburb of Pétionville, where many of the -country's wealthiest thirty families—who control the -nation's economy—maintain a pied--à-terre. As you drive southeast away from the sea, the smells change from rotting fish to rotting vegetables. Exhaust fumes fill the air. You'll pass a billboard featuring a smiling girl in pigtails and the words: Give me your hand. Give me tomorrow. Down with Child Servitude. Chances are, like the majority of Haitians, you -can't read French or Creole. Like them, you ignore the sign.

Heading out of the airport, -you'll pass two UN peacekeepers, one with a Brazilian patch, the other with an Argentine flag. As you pass the blue helmets, smile, wave, and receive dumbfounded stares in return. The United Nations also has Jordanians and Peruvians here, parked in APVs fifteen minutes northwest, along the edge of the hyperviolent Cité Soleil slum, the poorest and most densely populated six square miles in the poorest and most densely populated country in the hemisphere. The peacekeepers -don't go in much, neither do the national police. If they do, the gangsters that run the place start shooting. Best to steer clear, although you'd get a cheap price on children there. You might even get offered a child gratis.

You'll notice the streets of the Haitian capital are, like the tap--taps, overstuffed, banged up, yet colorful. The road surfaces range from bad to terrible, and grind even the toughest SUVs down to the chassis. Parts of Delmas are so steep that the truck may sputter and die under the exertion.

Port au Prince was built to accommodate about 150,000 people, and hasn't seen too many centrally planned upgrades since 1804. Over the last fifty years, some 2 million people, a quarter of the nation's population, have arrived from the countryside. They've brought their animals. Chickens scratch on side streets, and boys lead prizefighting cocks on string leashes. Monstrously fat black pigs root in sooty, putrid garbage piled eight feet high on street corners or even higher in enormous pits that drop off sidewalks and wind behind houses.

A crowd swells out of a Catholic church broadcasting a fervent mass. Most Haitians are Catholic. Despite the efforts of Catholic priests, most also practice vodou. In the countryside, vodou is often all they practice.

The foregoing is excerpted from from the first chapter of A Crime So Monstrous: Face-to-Face with Modern-Day Slavery by Ben Skinner. All rights reserved. No part of this book may be used or reproduced without written permission from Simon & Schuster.

Map of Human Slavery: What Countries Have the Most Slaves? 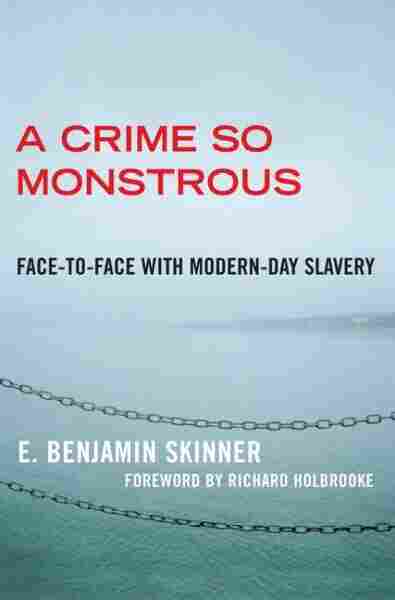 A Crime So Monstrous