Accessibility links
Holy Smoke! It's Time for NCAA Brackets Deciding which teams will play for the NCAA basketball championship is a bit like picking a pope. To assemble the all-important brackets, officials gather in secret, like the cardinals. But instead of white smoke, they reveal their choices to CBS, which pays the bills. 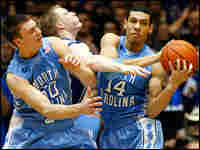 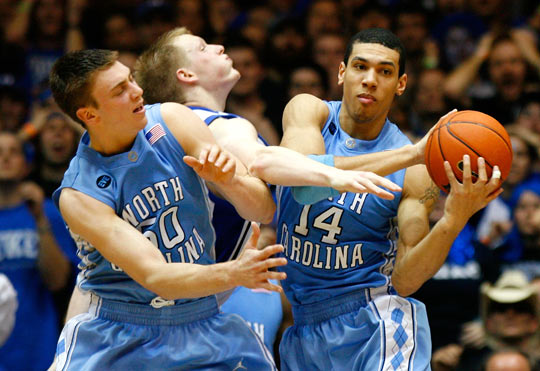 Yes, starting Sunday, everything will be about brackets, when the NCAA teams are revealed, and everybody fills out their brackets in the office pool. You don't otherwise hear about brackets, do you? Except when the word "income" precedes. In other sports tournaments, like tennis, nobody says "brackets." They say "draw." She got a good draw. The bottom quarter of the draw is strong.

But the March Madness brackets have been a wonderful creation. The conference champions automatically qualify, and then the rest of the teams are chosen by a bunch of college athletic officials, who gather in secret, rather like the cardinals, when they assemble to select a new pope. Instead of white smoke, they reveal their basketball choices to CBS, which pays the bills. The mysterious bracket makers then fade away, back into obscurity. It is rather like being the Delphi Oracle, but just for a long weekend.

It's all rather amazing when you consider that the same poobahs can't figure out how to produce a college football playoff for just four teams, but they can take 65 basketball teams from colleges of all shapes and sizes, divide them up into various and sundry sub-regionals, seed them, and send them off to the four winds of arenas for three weeks worth of play.

For sheer genius, brackets rank with the Rosetta Stone, the U.S. Constitution, pi r squared and the trenchant observations of Jonathan Livingston Seagull. If Monet were only still alive, he would surely be painting brackets instead of haystacks. But, of course, first we must deal with, speculate about and sympathize with the teams that are on the bubble.

There are now actually people who are called "bracketologists." They not only study this year's brackets, but also are historians of past brackets and will make pronouncements like: "Beware fifth seeds getting upset by twelfth seeds."

Despite the fact that the large state universities and the powerful conferences dominate the NCAAs more than ever, March Madness remains the most charming and lovable of all our popular national championships. It was sort of the American Idol of our culture back when we were a gentler, more gracious people, who didn't laugh at losers. But even now, the basketball brackets are still Americana, and you don't have to be a bracketologist to make your picks and root for the underdog teams you never heard of before they made the brackets.