Accessibility links
SXSW 2008: The Weakerthans With the keyboardist literally running in from the street to play, The Weakerthans play SXSW. Four albums in, The Weakerthans' members are still making intelligent, punk-tinged pop music. The band's leader, John K. Samson, is a fiction writer disguised as a songwriter, crafting an impressive array of troubled wanderers and everyday Joes. 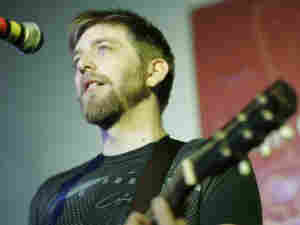 Hear the other bands from this concert: Liam Finn, Someone Still Loves You Boris Yeltsin, Kaki King, The Whigs.