Accessibility links
Johnson & Johnson Heir Makes Film on Income Gap Jamie Johnson, whose family founded Johnson & Johnson, came from a world with an inviolable rule: Don't talk about money. But he's using his background to make documentaries about the rich, including The One Percent. 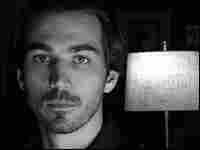 Jamie Johnson's latest film is about the growing concentration of wealth among families like his own. Courtesy Jamie Johnson hide caption 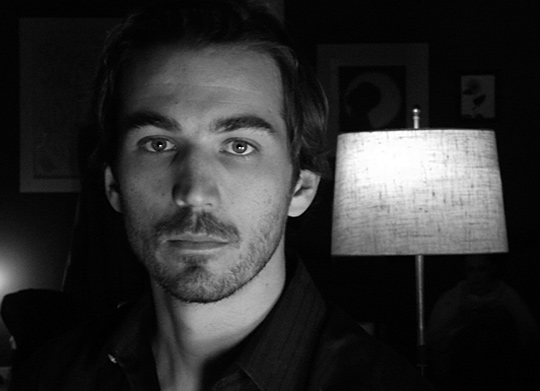 Jamie Johnson's latest film is about the growing concentration of wealth among families like his own.

Like a lot of Americans, Jamie Johnson worries about the growing income gap. Unlike a lot of people, however, Johnson is perched on the comfortable side of that gap. His family founded the Johnson & Johnson Co., and he grew up amid money and privilege.

In that world, there was an inviolable rule: Don't talk about money.

But Johnson is talking about it. He uses his background to make documentaries about the rich. The latest — called The One Percent — airs on Cinemax this month.

"I remember bringing it up with my family and I remember my father saying, 'Jamie, why are you talking to me about this? If anyone asks you about it, you tell them it's not true, tell them you're not related to the family that started Johnson & Johnson,'" Johnson says.

Wealthy people across the board are reluctant to talk about money, Johnson says. "Particularly in these old money, WASP-y families, it's even more of a taboo subject," he says.

It's a taboo that Johnson isn't afraid to violate. His first documentary was about the children of the rich. His latest is about the growing concentration of wealth among families like his own.

"Our family's fortune is growing faster than ever. We're a part of a small number of families that own most of the country's wealth. But having so much in the hands of so few can't be good for America," he says.

Johnson describes a world where the super-rich attend conferences to learn ways to avoid inheritance taxes and where sugar barons can buy access to presidents.

The film has its obvious side: Johnson likes to juxtapose scenes of deprivation — like New Orleans after Hurricane Katrina — with glimpses of country clubs and mansions. He interviews commentators like Ralph Nader, Kevin Phillips and Robert Reich all making familiar points. But Johnson has an earnestness and a youthful passion for his subject.

In one scene, Johnson , then 26, spars with the late economist Milton Friedman, then 88.

"When society collapses, it will not be for the reasons you say. It will be because our government has grown too big, 'cause we have not held government down to size," Friedman says.

"I'm nervous that because we're not asking the right questions, we're not willing to curtail our rapid growth," Johnson replies.

At which point, Friedman says its time for Johnson to leave because Johnson has exhausted his patience.

The One Percent is also a family drama — part Eugene O'Neill and part Michael Moore. Johnson follows his own father around trying to interview him. He wears a hidden microphone and sneaks into a private club in Florida that requires members to wear white on the croquet court. At one point a family financial adviser tells him off.

In the course of the movie, Johnson learns his father once financed a documentary about apartheid. His father reluctantly agrees to talks about it. He says after the film aired on TV he was chewed out by Johnson & Johnson's CEO. It seemed the company did business in South Africa. Then he clams up again.

"I can't give you solutions for the world," his father tells him.

This tendency to take a battering-ram into the world where he grew up has angered his friends and family. But Johnson defends his techniques.

"I would say that I am able to observe certain things as a result of my position in this world. I was born in this world so I have an access that is unique in that way," he says.

As Johnson sees it, the refusal by the rich to acknowledge their privileges has made addressing the income gap difficult. His background helps him pierce the wealth bubble and provide a look into that world that most people never see.