Accessibility links
Dee Dee Myers: 'Why Women Should Rule' A former White House press secretary for President Bill Clinton makes the case for the talents and skills of women in her new book. Dee Dee Myers looks at women in leadership roles — and how their choices differ from men. 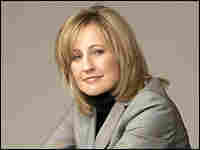 Dee Dee Myers, author of Why Women Should Rule the World, extols the strengths women bring to leadership roles — and how they make different choices from men. Deborah Feingold hide caption 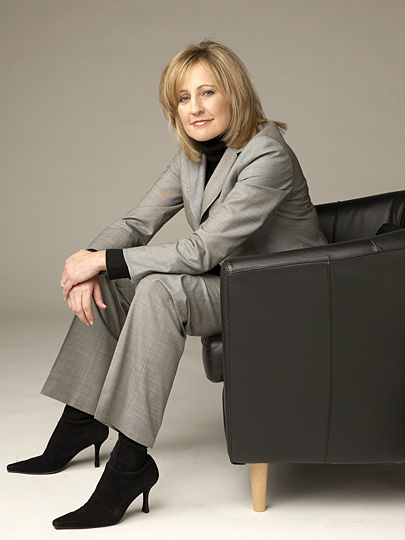 Dee Dee Myers, author of Why Women Should Rule the World, extols the strengths women bring to leadership roles — and how they make different choices from men.

Read an excerpt from the book about women's different perspectives, different priorities.

Dee Dee Myers, political consultant and former White House press secretary for President Bill Clinton, is making the case for the talents and skills of women in her new book Why Women Should Rule the World.

Given that title and her connection to the Clintons, one might assume that the book is a treatise for Hillary Clinton's candidacy, but it isn't: Myers is neutral in the presidential race.

Instead, the book is about what happens when women attempt to take on positions of leadership: The choices they make, the obstacles they face, the rewards and the disappointments — and how they differ from men.

As to what kind of president Hillary Clinton might be, Myers says in this interview that Clinton's work as a senator holds clues to answers that are both good and bad

Excerpt: 'Why Women Should Rule the World' 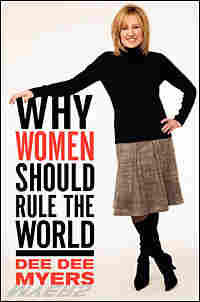 As women have played an increasingly important role in politics, there is no question that they've brought a different perspective, focusing attention on a broader set of issues and building alliances with other women. That's not to say that women in elective office focus only, or even mostly, on so-called women's issues. But research confirms that both Republican and Democratic women are more likely than their male counterparts to initiate and fight for bills that champion social justice, protect the environment, advocate for families, and promote nonviolent conflict resolution. They also focus on issues like transportation, agriculture, and arms control, just like men. But women, as Geraldine Ferraro once said, "raise issues that others overlook, pass bills that others oppose, invest in projects that others dismiss, and seek to end abuses that others ignore." Amen.

Kay Bailey Hutchison was the first Republican woman elected to the Texas House in 1972. "There were four Democratic women and me, for a total of five who were elected that year. And we did get together to do several things that were definitely a result of our experience as women. We changed the laws regarding rape victims in Texas and became really the leader in the nation on fair treatment for rape victims. And we did that as a coalition. We did equal credit rights for women. We did historical preservation. I also did transportation . . . That was not my experience as a woman, but I definitely worked with the Democratic women. And it was a great coalition that we had because the Republicans

knew that if I was on it, it was okay. And the Democratic women had the credibility with the Democrats. So when we went together, we just mowed over them."

Hutchison believes the goal of representative government is to bring together as many backgrounds, points of view, and experiences as possible "to make a better result. And it's just that, historically, the women's experience was not at the table." But that's changing, she told me during an interview in her stately Senate office, and the effect on legislation is undeniable. "The homemaker IRA was my deal because of an experience I had as a single woman starting an IRA when I was working," she explained. But after she got married, moved from Houston to Dallas and temporarily stopped working, she found she could no longer contribute to it. "And I said, 'Well, what is this?' And so you have that experience and you bring that experience to the table. So our bill did correct that so women who work inside the home now have the same retirement opportunities on IRAs as women who work outside the home."

Kathleen Sebelius, the Democratic governor of Kansas, told me she's a "huge believer" that more women in elective office would produce better decisions. "People bring their own life experiences, and women's life experiences are different than men's — not better, not worse, different. And 51, 52 percent of the population is women. And so having people at the table who make decisions based on their life experiences, their lens — whether it's as a mother, a daughter, a spouse, somebody who's in the workplace — I think we get better policies, a better dynamic."

Sometimes women just think to ask different questions. After her children were grown, Lindy Boggs — a congresswoman from Louisiana who had won her husband's seat after he was killed in a plane crash — decided to sell her house and buy a condominium closer to Capitol Hill. When she went to the bank to get a loan, she brought a financial statement showing that her congressional salary was more than adequate to cover the payments. Nonetheless, the loan officer asked her for detailed financial statements and insurance policies, saying they were required by federal law. "Until then, I had not personally experienced the situation women often faced when they applied for a bank mortgage and did not have a working husband behind them," she wrote in her autobiography, Washington Through a Purple Veil. But Boggs knew better.

"My dear," she replied, "I am the author of the law that forbids this type of requirement for female persons and the elderly. You are not complying with the federal regulation, you are in defiance of it." Game, set, match.

Years later, her daughter, ABC News and NPR correspondent Cokie Roberts, went to the bank to refinance the home she had earlier purchased from her mother. According to Boggs, she was told by the banker, "Oh, this form is nothing, it's just a boiler plate saying we haven't discriminated against you because of sex, race, etc." Cokie interrupted: "Nothing! It's not nothing! My mother wrote that law!"

Not long after I left the White House, the surgeon general was forced to resign in a sex education controversy, and President Clinton nominated Dr. Henry Foster, a Tennessee obstetrician with a sterling reputation, to take her place. The White House vetting team had reviewed Foster's records and questioned him extensively, and he had passed with flying colors. But just days after the president announced his nomination, it became clear that the president's staff either hadn't asked the right questions — or hadn't shared all the relevant information. Dr. Foster, it turned out, had performed a small number of abortions across his more than thirty years of practice. And while it was a tiny part of his admirable and public-spirited career, it exploded into a controversy that ultimately sunk his nomination. The U.S. Senate refused to confirm him. How could the White House have been caught so unprepared? After all, abortion had been a profoundly divisive issue since the Supreme Court had legalized it in 1973.

One possible answer: There were no women in the room when the questions were asked, the answers considered, and the strategy of how — or even whether — to proceed discussed. Maybe two or three or ten women wouldn't have changed things. But given the different experience women bring to issues involving obstetricians, isn't it more likely that they would have?

Women's particular experiences continue to shape not just their points of view but their actions, in the United States and around the world. In 2004, Wangari Maathai became the first African woman to be awarded the Nobel Prize for Peace when she was recognized for her contributions to sustainable development. Through the Greenbelt Movement, the organization she founded some thirty years ago, Maathai has helped plant more than 30 million trees across Africa, providing firewood, clean drinking water, balanced diets, shelter, and income for rural families.

While still a graduate student, Maathai attended a forum of the National Council of Kenyan Women. There, she explained, "I listened to the women from the countryside, you know, who were leaders, and the women said that their biggest problem was that they did not have energy, which is collecting firewood. They did not have clean drinking water. They did not have adequate food. And they did not have an income. And that attracted me because these women were coming from the same countryside I was brought up in. Just about ten years earlier, I was a child, a young girl, running around that same countryside. And at that time, we had plenty of firewood, we had plenty of clean drinking water, we had plenty of food. We didn't have a couch, as such. No income for a couch. But we did not think of ourselves as poor. So I became interested in what was happening to the countryside." She had been there: collecting the firewood, fetching the water, tending the crops. And she understood how difficult life would be without these basic necessities. And so the movement was born. At first, it was all women. "And for a very long time, men were not involved. But they let their wives participate. It took much longer for the men to respond and start participating. And they participated when they saw economic returns ...

As women slowly gain power, their values and priorities are reshaping the agenda. A multitude of studies show that when women control the family funds, they generally spend more on health, nutrition, and education — and less on alcohol and cigarettes.

The effects extend beyond the family. In one study of local councils (panchyats) in India, researchers found that when women are in charge, they make different choices than men, investing in projects that directly affect their particular needs, like clean drinking water and better roads.

That's not to say that women's priorities are better than men's. Rather, when women are empowered, when they can speak from the experience of their own lives, they often address different, previously neglected issues. And families and whole communities benefit.

Dee Dee Myers: Why Women Should Rule the World 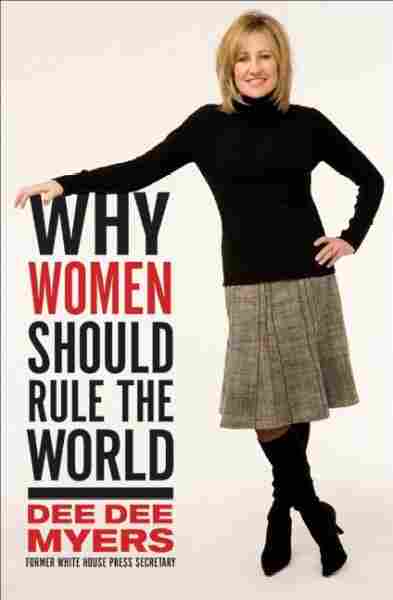 Why Women Should Rule the World