Accessibility links
Writers Respond to a 'Faux Memoir' of Gang Life Writers respond to the revelation that a memoir describing a woman's childhood as a half-white, half-Native-American girl on the streets of South Central Los Angeles was actually written by a white girl from an affluent suburb.

Listen
Writers Respond to a 'Faux Memoir' of Gang Life 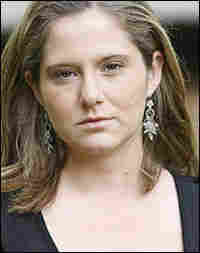 "Searing," "heartbreaking," "an unvarnished look at inner city life." Reviewers raved about Love And Consequences, a memoir by Margaret P. Jones that described growing up as a half-white, half-Native-American foster child in gang-plagued Los Angeles.

But days after Jones was profiled in the New York Times, another word neatly summed up the book: fake.

Before disappearing into seclusion, Seltzer told one reporter she wrote her faux memoir so people who had no voices could be heard.

'A Huge Amount of Disrespect'

"She thought that people wanted her to tell this story, but if you're going to be a non-fiction writer, you have an absolute obligation to everyone around you to tell the truth," says National Book Award finalist Susan Straight.

Like a lot of other urban mothers she knows, Straight struggles to hit a balance between letting her teenaged daughters experience normal life and taking precautions so their lives don't end prematurely; she won't let her her daughters go to parties on weekends because she worries a bullet meant for someone else might find them.

To appropriate the tension and fear attendant to living that way, says Straight, "is a huge amount of disrespect."

Novelist Jervey Tervalon grew up in South Los Angeles and taught in some of its large high schools when gang life was becoming more violent. Now he teaches creative writing at the University of Southern California.

"I tell my students, 'The reason there is fiction is so that you can tell the truth,'" says Tervalon, who adds that he's not tempted to write a memoir.

"There are so many things I cannot say — I would hurt feelings of the people I love, I could get sued. But in fiction I'm free, basically, to tell the truth."

'A Scroll of Cliches'

Television writer David Mills (Homicide, The Corner, ER, The Wire) suggests that Seltzer was able to pen her faux memoir, in part, because the largely white, upper-middle-class gauntlet of editors responsible for approving it are so unfamiliar with black culture.

"All they know about the black world is what they've read in other media," Mills says with a sigh.

To Mills, Seltzer's opening chapter reads like a scroll of clichés:

"Everything I saw in that first chapter, she could have gotten from Boyz In Da Hood, or There Are No Children Here." (Both are urban coming-of-age stories set in Los Angeles and Chicago, respectively.)

Peggy Seltzer's books have been recalled and her publisher, Riverhead, has offered refunds to readers who ask for them. But maybe she can continue her writing career in a different genre; I remind David Mills that people with imaginations as vivid as Seltzer's often end up in the film industry, or writing for television. Mills shakes his head.

"If I have anything to do about it, I hope she finds another way to make a living," he says.