Academics looking for an edge?

Performance enhancing drugs are generally associated with sports, not school. But brain-boosting pills are now popping up on campuses among students and professors.

Barbara Sahakian, professor of clinical neuropsychology at Cambridge University, explains why she dubbed brain enhancers "professor's little helper" in an article in the journal Nature. Dr. Nora Volkow, director of the National Institute on Drug Abuse, wrote a response to Sahakian's Nature article.

For a Healthy Brain in Old Age, Start Early

For a Healthy Brain in Old Age, Start Early 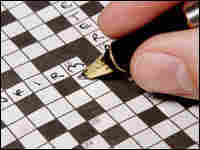 It's called "use it or lose it" — the belief that exercising your brain will keep your memory and thinking skills sharp as you age, and maybe even ward off dementia and Alzheimer's. That's the hope, at least, but the scientific proof is pretty modest.

Some of the best evidence yet comes from research reported last month from a long-running study called Advanced Cognitive Training for Independent and Vital Elderly (ACTIVE).

About 3,000 volunteers were given 10 to 18 hours of instruction in different kinds of thinking skills: memorizing lists, looking for patterns in strings of numbers or letters and visual concentration. Five years later, they were better at those learned thinking skills, although only one group was better in a statistically significant way.

"What we clearly show is that these short mental workouts improve performance, and that improvement is detectable as much as five years later," says Michael Marsiske, an associate professor of clinical and health psychology at the University of Florida and a principal investigator in the ACTIVE study.

An even bigger question: Could brain exercises make people better at all kinds of thinking? One group said they thought they were quicker at everyday activities, such as reading instructions on medicine bottles or balancing a checkbook.

The results of the study are enough to make Marsiske advise older people to learn a new language or play a new instrument.

"The advice that I think people could comfortably take from this," Marsiske says, "is that if they challenge themselves to learn new things, including things that they might perceive as difficult in their later years, many older adults will not only achieve benefits from those challenges but those benefits will be long lasting."

But other researchers say there's a better way to look at brain health.

"One of the thoughts is that what's good is to enter old age with as good a brain as possible," says Margaret Gatz, a professor of psychology, gerontology and preventive medicine at the University of Southern California.

Scientists use the term "cognitive reserve."

"This is a term that's being used a lot now by dementia researchers," says Gatz. "And this is referring to the idea that, as one becomes older and there's inevitable biological changes to the brain — not just Alzheimer's processes, but other biological changes — is there enough of a cushion that one can keep functioning just fine?"

In other words, do you already have enough brain power — or cognitive ability — in reserve to keep dementia at bay longer?

Gatz believes that you should start challenging yourself mentally when you're younger, rather than waiting for old age to take Italian or piano lessons.

Gatz's own studies of elderly twins show that ones who had mentally demanding jobs are less likely to get Alzheimer's.

There are other things that are good for the brain that people of all ages can do, such as eat the right foods and exercise.

Physical exercise has been linked to brain health. One recent study found that older people who started aerobic workouts actually increased the volume of their brain matter.

So Gatz takes the stairs, walks and bikes.

Gatz worries that the research might lead to telling people with dementia that it's their own fault.

"I would not want to blame mom," says Gatz, "[because] she decided to skip the puzzle page in the paper."

Researchers are learning more about the complex causes of dementia. But the main risk factors are still the same: old age and genetics. And those can't be changed, no matter how many crossword puzzles you do.

Gatz does crossword puzzles. But not to ward off Alzheimer's. She does them for fun.

"And while I'm working the puzzle, I'm usually feeling myself entering a state of greater relaxation," she says. "So I'm using the crossword puzzle as a tension reducer."

Other research, Gatz says, suggests that avoiding stress and depression also will help you maintain a healthy brain.