Accessibility links
Hollywood Makeovers, Frame by Frame Films are edited digitally, get their sound digitally — and increasingly rely on technologies that can change the colors of a costume or a background digitally. Even a star's frown lines can be banished — by artists like Stefan Sonnenfeld, pictured — with a mouse click. 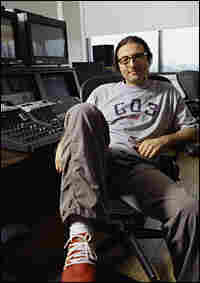 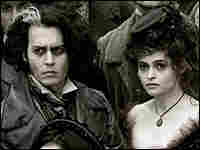 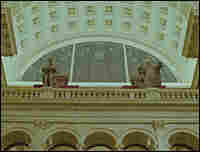 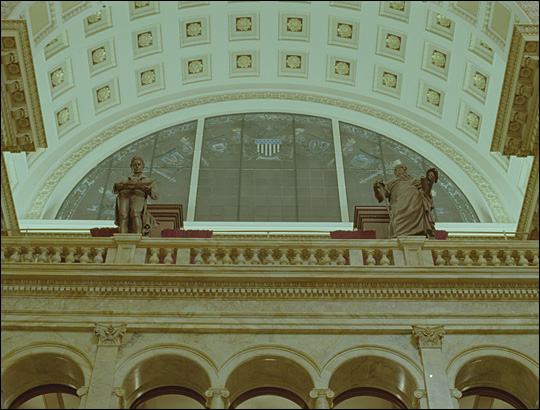 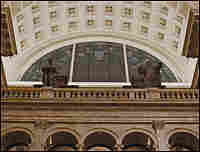 ... to have better contrast and color in the finished film. Walt Disney Co. hide caption 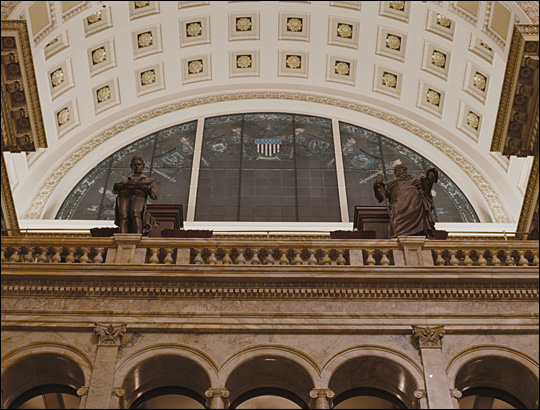 ... to have better contrast and color in the finished film.

Apt name — because Sonnenfeld, who is what's known in Hollywood as a digital colorist, is a kind of Da Vinci of the movies. He's part of a revolution in moviemaking, an art that depends more and more on the dance of digits.

Nowadays, films are edited digitally, get their sound digitally — and, in just the past few years, rely on technology that can change the colors of a costume or a background digitally, without fancy lighting or painted sets.

Want scenes shot on a 60-degree day to look like they were filmed in a New York winter? Click: Instant overcast.

This kind of work is revolutionizing the look of films, and it's done by only a handful of major companies. Stefan Sonnenfeld's is one of them — and that makes him one of the most influential Hollywood artists you've never heard of.

Behind the Scenes, a Quiet Digital Revolution

Sonnenfeld's Company 3, a digital post-production house with facilities in Santa Monica and New York City, broke into the business in 1997 with work on music videos and commercials. It didn't begin to branch into feature films until 2001. Already its portfolio includes big-ticket blockbusters like Dreamgirls, Transformers, Pirates of the Caribbean — all three of them — and National Treasure.

The techniques? They've been around for a while, but they've only recently been used in full-length features.

"It's basically an amped-up Photoshop," Sonnenfeld says of the software behind his wizardry. "It's easy to do on a frame or a still, like on your laptop, but when you're using hours and hours of material — that's the difficult part."

Among other things, the cost of color-correcting a feature-length movie was prohibitive until recently.

"Just look at your computer," Sonnenfeld explains. "The cost of storage used to be a million dollars when Titanic was made. Now it's fifty bucks, a hundred bucks at the store."

When Company 3 first began work on feature films, there was tremendous opposition in Hollywood.

"There were people who literally said, 'We will never let you do this,' " Sonnenfeld says. " 'We want to have total control, and this gives filmmakers too much flexibility.' "

The tide began to change two or three years ago. Now, Sonnenfeld estimates, 95 percent of films are color-corrected. Not that he's bragging — or even expects much attention.

"We actually don't take credit," Sonnenfeld says. "This is the first time, I think, a lonely colorist like me gets a chance to speak to an audience."

An Expensive Process, but an Economical One

The color-correction process is still expensive, and it takes weeks — sometimes months — to do. But it also saves time and money during actual shooting. Directors of photography, for instance, can work more quickly on a set, knowing they can adjust color and refine lighting in post-production.

Still, there are doubters. One costume designer who spends a lot of time choosing colors for her wardrobes says she hates the idea of the digital colorist. A purple scarf, after all, can change to green with a click.

Of course Sonnenfeld's tools give him far more power than just that. He can create the whole look of a film. And that's why many directors are relying more and more on these digital intermediates — or "DIs," as they're commonly called.

For the recent film 300, an epic inspired by an ancient battle between the Greeks and the Persians, director Zack Snyder shot the film almost entirely on green-screen special-effects stages, with few sets. Every scene — every scene — was color-treated in one of Sonnenfeld's post-production DI studios. The result was unlike anything previously seen in movies, giving the film an otherworldly look.

For 2004's Collateral, director Michael Mann wanted to capture the smoky feel of Los Angeles at night, as assassin Tom Cruise cruised the city with taxi driver Jamie Foxx. Mann shot the film in high definition, because he thought that was the only medium that could capture the look he wanted. With post-production color correction in mind, he overexposed everything. According to Sonnenfeld, the movie would be unwatchable in its original format.

Director Tim Burton adapted Sweeney Todd for the big screen. At first he was skeptical of digital colorizing. But he came around: It allowed him to create the striking look of the film — that Industrial Age London that looks like an ash heap.

With a few clicks, Sonnenfeld demonstrates the difference between Burton's raw film stock and the finished movie: The screen fades from the warmer, brighter original to the washed-out, monochrome gray of the final print, in which even the living characters look as if most of their blood had been drained from them.

"Tim absolutely wanted that," Sonnenfeld says. Ashen, yes — "but not ghastly, not completely devoid of any kind of humanity."

And then there's the actual blood, of course: When Sweeney Todd, that vengeful demon barber, murders his clients, they bleed an ungodly color, so red it assaults the eye. That, too, was a product of Sonnenfeld's digital palette.

There's one more thing digital colorists can do. You know how fashion magazines airbrush those glam cover images? Well, digital coloring turns the airbrush into a tornado. Sonnenfeld can erase frown lines, or eliminate 5-o'clock shadow with a digital shave.

Tom Cruise became a fan when he worked with Sonnenfeld on the 2006 film Mission Impossible: III.

"I don't think Tom had ever experienced this color-correction process before," Sonnenfeld says. "When he came in here and realized we could manipulate images — and his image, too — he was so interested, as I would be too. We spent time manipulating stuff to make everybody look good, or better."

Sonnenfeld touched up Cruise's close-ups. He also did a little smoothing on Johnny Depp's face in Sweeney Todd. In fact, some stars now have digital coloring written into their contracts.

Which raises the question: Isn't all this a tad dishonest?

"Not really," Sonnenfeld says. "I think everybody appreciates that we try to do the right thing."

Ah, the magic of movies. Gloria Swanson played an aging, forgotten actress in the 1950 film Sunset Boulevard. She closes the movie, shot in black-and-white, with a famous line: "I'm ready for my close-up."

Today, digital coloring specialist Stefan Sonnenfeld might rainbow up that close-up with the click of a key.