Accessibility links
Tift Merritt Performs in NPR's Studio 4A Country singer-songwriter Tift Merritt has just returned from Paris where — while taking a break from a grueling tour schedule — she wrote the songs for her latest album, Another Country. Merritt and her longtime band play songs and take questions about the new album. 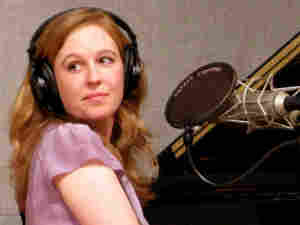 Tift Merritt performing in NPR's Studio 4A. "If I were writing about things that I didn't care about, or that weren't deeply connected to me, I think I'd be wasting your time," Merritt says. Laura Buchholz, NPR hide caption

It wasn't long ago that country singer-songwriter Tift Merritt was performing on the front porch of the general store in Bynum, N.C. Crowds gathered with lawn chairs to hear her sing in the small mill town.

But it didn't take long for her reputation to grow. Merritt's debut album, Bramble Rose, got rave reviews and her second album, Tambourine, was Grammy-nominated for Country Album of the Year.

As she landed gigs at bigger concert halls across the country, Merritt moved to New York and spent months touring. But along the way, she found that it can be hard to be creative on the road. So she packed up and moved to Paris, where she wrote the songs for her latest album, Another Country.

"Days were wonderful there," Merritt writes. "I wore the same clothes nearly every day. I would take a coffee in the street, say hello to the good people in the little wine store across from my door. I cannot explain what happened except to say that there were never enough hours in the day to write, and there was always kindness at hand. I took pictures. I wrote stories. I played piano. I wrote songs."

In 2002, North Carolina singer Tift Merritt's debut CD Bramble Rose, firmly rooted in the realm of alternative country, received enormous critical acclaim. Her new CD, Tambourine, still has a hefty dose of the alt-country sound, but it also branches out to blues, rock, pop -- and even some Memphis soul. She's called it a "rock soul throwdown." 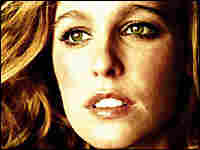 Tambourine was produced by George Drakoulias, who has worked with the Jayhawks, Tom Petty and the Black Crowes, and Gary Louris of the Jayhawks was among those who played backup.

She spoke to Sheilah Kast in between tour dates, during a visit to member station KUOW in Seattle. Merritt says she wants to set this CD apart from her somewhat quieter debut effort. She was shooting, she says, for something "soulful and genuine in a way that was not quiet and introspective."